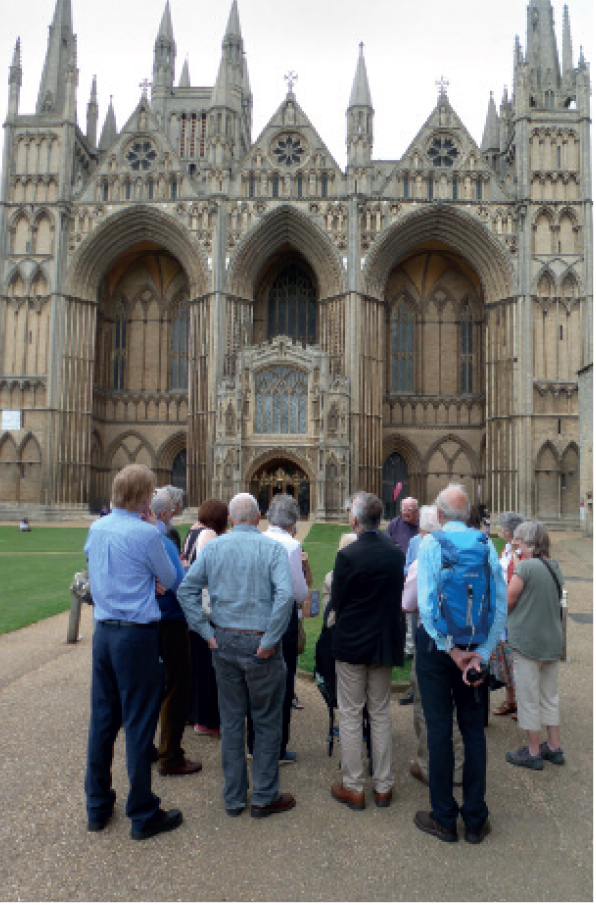 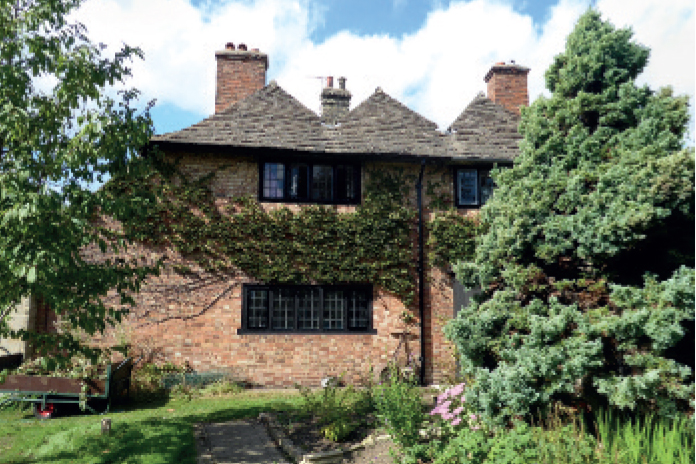 The Lutyens-designed wing of the Bishop’s Palace © Carol Langham

On the day The Lutyens Trust organised a tour of the Edwin Lutyens-designed service wing at the Bishop’s Palace, Peterborough Cathedral, the weather was exceptionally kind, which was fortunate as a tour of the precincts was included. Bishop Edward Carr Glyn (1843-1928) instigated the addition of the service wing of the 11th/12th-century Bishop’s Palace at Peterborough and met Lutyens in April, 1897 to discuss the project. The plans were completed in June that year, and the cathedral’s logbook records the new wing “containing seven rooms on the ground floor, menservants’ bedrooms, lamp room, dairy etc, and seven servants’ bedrooms on the first floor. The paddock adjoining… was taken into the garden and planted with fruit trees and other special and ordinary trees”.

Before the visit, delegates were sent a copy of an extensive report on the wing produced in 2012 by Dr Mervyn Miller, which was extremely helpful. And Mervyn himself was on hand to expand on his report and highlight points of interest, such as the fact that each face of the wing is different. The wing is now used as Diocesan offices and everyone working there was very accommodating when it came to us traipsing through to examine details such as the Lutyens-designed window latches.

The tour was led by the cathedral’s guide Mary Boyall, and was most informative. After lunch, there was an optional tour of the cathedral, led by another guide, John Grimsey. All in all, this was a very enjoyable tour, which was well worth attending.

The Influence of Sanmicheli’s Porta San Zeno on Edwin Lutyens’s...