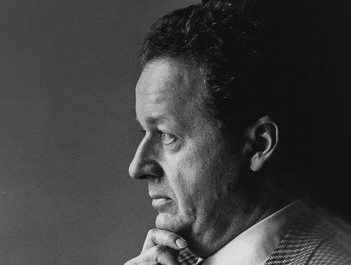 The Trust recently learnt of the death of New York-based collector and connoisseur Paul Walter, an admirer of Edwin Lutyens and collector of his furniture. Walter bought his first works — prints by the artist James McNeill Whistler — while attending Oberlin College in Ohio, and later obsessively collected all manner of objects, from Raj-era silver and Mughal miniatures to architectural drawings and art from many eras. Walter’s father had invented the electric igniter for gas cookers and, after becoming chief executive of his family’s electronics firm in 1968, he travelled frequently to Europe’s antiques markets and London’s auction houses.

Walter was best known as a pioneering photography collector, his interest initially sparked by Whistler whose atmospheric Tonalist paintings, like those of George Inness, inspired Pictorialism. This photographic style, practised during the late 19th and early 20th centuries, saw photographers manipulate their work to create new images rather than simply record what they saw. Walter wrote in a 1977 essay on collecting photography: “It’s one of the few areas left in art where you can still put together a major collection of work by major artists.” His statement was prescient, anticipating the collecting of fine-art photography, which we take for granted today.

He was also well-connected and a key member of New York’s arty gay and bisexual community: he knew writer Bruce Chatwin and was close to art curator and fellow collector Sam Wagstaff and his boyfriend Robert Mapplethorpe. A bunch of tulips sent by Wagstaff to Mapplethorpe inspired the artist to create a series of photographs of plants.

Walter and his own partner, architect Mark Kaminski, who were together for 17 years, had several homes, including the Redcroft estate in Southampton, Long Island. Its Arts and Crafts style was very much to Walter’s liking and, while there, he collected furniture of that period, including items by Lutyens, William Benson, Edward William Godwin, Christopher Dresser and William Morris. But Walter’s taste was eclectic and he also surrounded himself with contemporary paintings by such artists as Brice Marden.

A Tribute to Jennifer Ward Oppenheimer