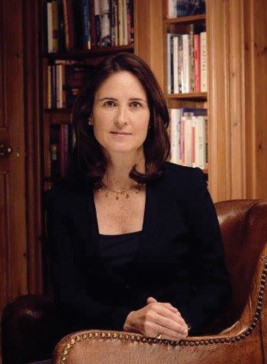 A Tribute to Jennifer Ward Oppenheimer

Jennifer Ward Oppenheimer passed away after a short battle with cancer on 16 May, 2017. She leaves behind her husband, Jonathan, and their children Samuel, Isabel and Nathaniel.

Raised in the United States and educated at Harvard University (AB 1989, JD 1993), Jennifer dedicated much of her professional life to civil society organisations in Africa as well as to private-sector initiatives to help drive the continent’s development, in part through her long-term chairmanship of the De Beers Fund.

Jennifer was a founding member of The Brenthurst Foundation Advisory Board and established and hosted, along with Jonathan, the foundation’s Tswalu Dialogue, one of the world’s leading annual fora on African issues. Jennifer and Jonathan were generous donors to projects, particularly in conservation, education, entrepreneurship, social development and groundbreaking research. They supported the study of Africa at Harvard and, more recently, through the endowment of the Jennifer Ward Oppenheimer Professorship of the Deep History and Archaeology of Africa at Cambridge University.

Described by her peers as a “vibrant force for good” who “inspired” and “touched the lives of thousands of people”, Jennifer had a formidable intellect and her legacy and quiet presence will live on through her many philanthropic undertakings.

Jennifer and The Lutyens Trust
By Mervyn Miller

The Lutyens Trust got to know Jennifer and Jonathan a decade ago when they acquired Folly Farm, Sulhamstead, near Reading for their family home in the UK. Acclaimed as one of the finest collaborations between Edwin Lutyens and Gertrude Jekyll, Folly Farm was significantly altered from the 1950s onwards, which had eroded some of the house and garden’s most characteristic features. As Architectural Adviser to the Trust, I visited it regularly while a comprehensive scheme for restoration evolved, including the regeneration of the gardens and landscaped setting. Jennifer’s meticulous attention to detail was evident throughout, linked to judicious intervention to incorporate features for a modern lifestyle in the context of preserving and enhancing the character and appearance of the Grade I-listed heritage asset. As part of this project, she researched the Country Life archives and compiled a chronological record of the house’s evolution from 1906-1921 — the first time this had been done. A “dream team” of design and executive architects, contractors and specialists was assembled.

Delays caused by the discovery of concealed asbestos and bats in the roof were met on her part with forbearance and patience. And the completed project was generously opened to visitors, including to members of the Trust. The scheme has deservedly received awards. Above all, it reflects the spirit of its owners and notably Jennifer’s personality.

Jennifer was welcomed as a Trustee to the Trust in November, 2012, and contributed her special knowledge and energy to its work, though for too brief a time. We all miss her.

Chancel Screen to be Reinstated at Busbridge Church – and a look at other...