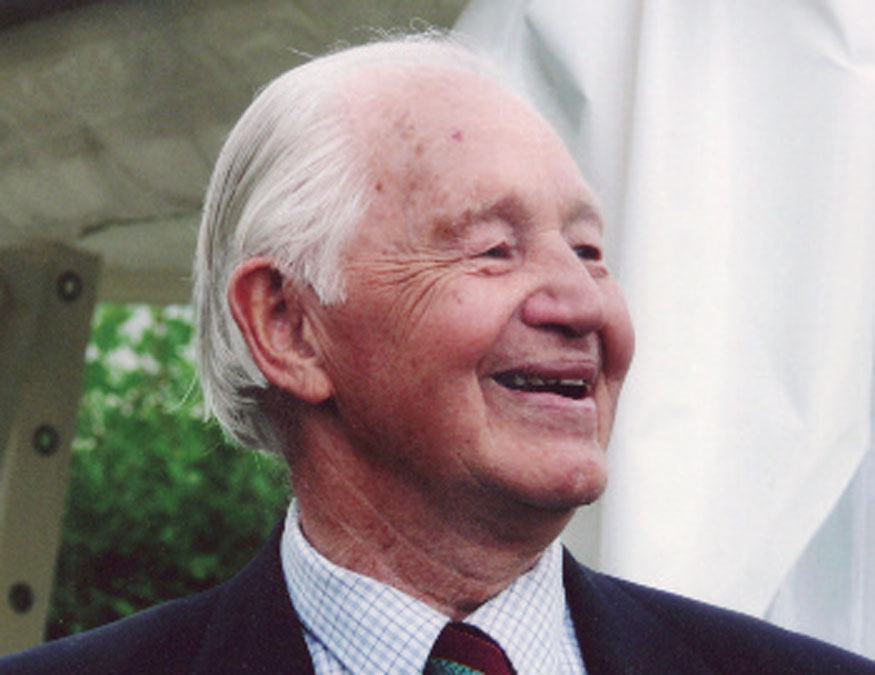 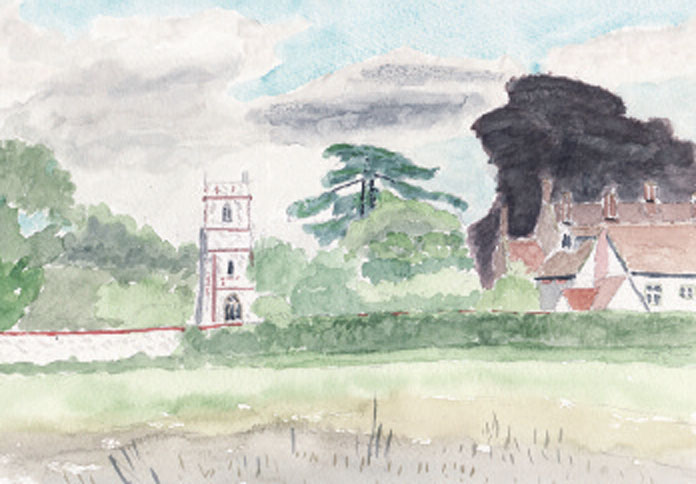 By Mark Lutyens, his son

My father, Charles, was born in Hertfordshire in 1928. He was the son of Eadred Lutyens, an architect, and Annette Barton, one of five sisters, whose family were from New Zealand and from whom Charles eventually inherited a share in some farms there. He died on one of these farms on 12 January, 2017, aged 88, while on holiday, driving a quad bike.

He was brought up near Hertford in an Arts & Crafts house, which his father had designed and built. It was later demolished to make way for the new town, Welwyn Garden City — then a rural idyll threatened by suburban sprawl.

Those who knew him will remember how he loved to tell stories. A good example is when Eadred once asked his uncle Edwin Lutyens to sponsor his application to become a Fellow of the RIBA. Edwin agreed without hesitation. Eadred replied, somewhat astonished, “Thank you but you haven’t seen any of my recent work”. “Nonsense, I have seen your two boys!”

Both Charles and his younger brother, Anthony, went first to Maidwell Hall prep school (famous for giving a species of clematis the name Maidwell Hall), then to Eton where they both excelled as sportsmen — my father especially at cricket. He played in the Eleven and the only tie I ever saw him wear was the Eton Ramblers’ Cricket Club one in kingfisher-like colours of purple and green. At Eton, he formed a strong friendship with his housemaster, GAD Tait, who provided him with help and advice well into adult life. At a relatively young age, he was made house captain over boys older than him, but this was during the War and any further glories were cut short when he left school early to join up.

He went to the Royal Naval College, Dartmouth and was later commissioned into the Royal Navy. These were perhaps the happiest days of his life — seeing the world, fulfilling the dream he had had, so he said, from the age of four. In 1956, he married my mother Bridget Ross-Lowe and had four children — myself, Ben, Lucy and Annabel. I remember little about him in those early days — probably because he was often abroad — but later, under pressure from my mother, he took more shore-based jobs, which may have resulted in his being passed over for promotion, from the age of about 40. It was undoubtedly a blow to him.

On the advice of Tait, he became a teacher, a profession he also loved and for which he was very well suited. On qualifying, he entered the state-school system.

Charles’s first marriage failed, and in 1983 he married Issie Crawford (née Crompton-Inglefield), widow of a naval officer and granddaughter of two admirals. They were two peas in a pod and very happy together until, sadly, she died some 10 years ago.

Charles, who lived in the village of Hambledon in Hampshire for the last 50 years of his life, played for Hambledon Cricket Club well into his 60s, later becoming its chairman. He kept bees and, increasingly, painted watercolours. Some were very good; some became his Christmas cards which arrived so early in the year that one was never sure for which Christmas they were intended. The Lutyens Trust became a very important part of his later life. When it was founded in 1985, he was an enthusiastic supporter and served as Treasurer from 1992 until 2009. It became a focus of so many of his interests: he devoted much time to administration and was always a charming presence at Trust events. The care of Goddards was of particular concern to him and he arranged for family paintings by his grandfather, Charles
Lutyens, to hang there.

He was a good friend and neighbour to all, unfailingly cheerful and courteous. One incident — known in the family as the tale of Mr Lumpkins — was typical: one day, he was painting the windows of a cottage he owned when an unknown old lady, who was hard of hearing, walked past and asked who he was and what he was doing. “Well, Mr Lumpkins, I have some work for you,” she said. For many years, Charles was her handyman. He never told her his real name, nor charged her a penny. As far as she was concerned, he was kind Mr Lumpkins who never let her down.

A service of thanksgiving was held at 11.30am on 16 March at St Peter & St Paul church in Hambledon.

Lutyens and the Expansion of RAF Airfields in the 1930s