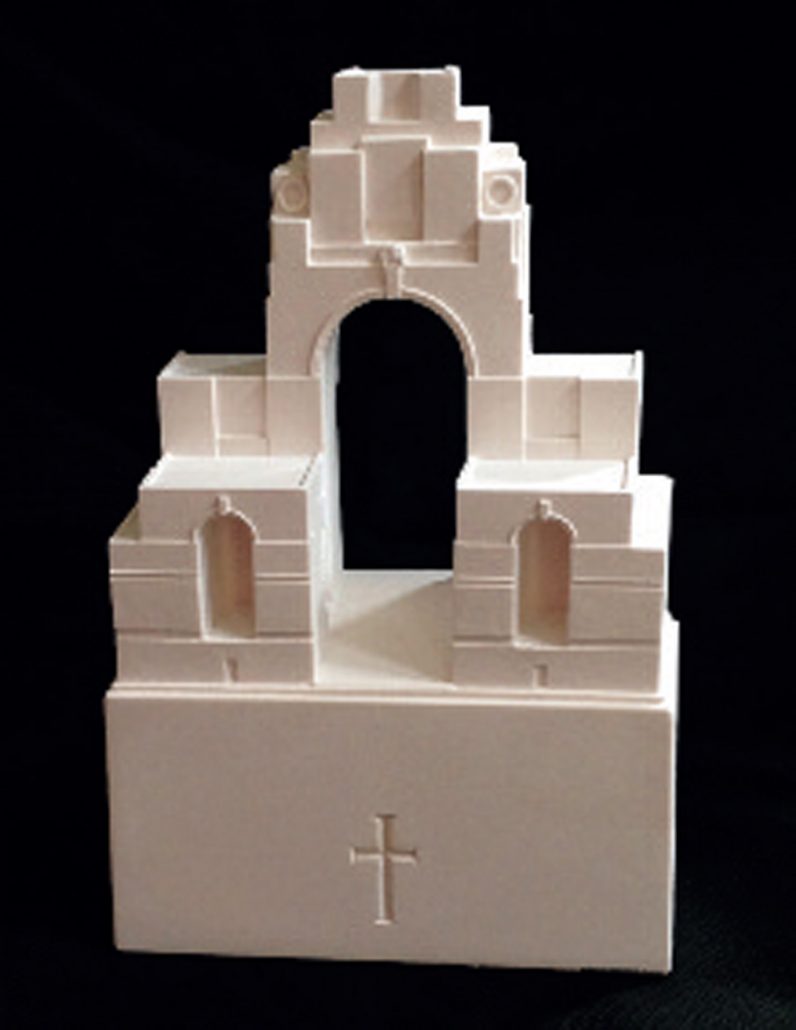 The annual Thiepval Committee meeting took place on June 2 in the company of Sir Frank Sanderson (a guest as he has retired from the fray) and Colonel Piers Storie-Pugh, who both had the idea for a Visitor Centre at Thiepval in 1998. Also present was Christopher Berkeley, representing a notable funding charity of the project.

The meeting revealed that visitor numbers to the Visitor Centre fell in 2015 owing to negative reports by official foreign agencies about going to France in the wake of terrorist attacks. Fortunately, however, in this centenary year, numbers are returning to normal. The meeting was followed by a visit to Lutyens’s Memorial to see the recent renovation work done by the Commonwealth War Graves Commission to restore it to good health.

There was also a visit to the new Museum, which is devoted to the memory of the battles of the Somme of 1916. An extension to the Visitor Centre, this was inaugurated that day. Astonishingly completed within just one year and discreetly embedded in the landscape, it is a triumph for the Historial de la Grande Guerre Museum at Péronne (which now operates the Visitor Centre) and its director Hervé François, its researcher Emilie Simon and the support provided by the Conseil Général de la Somme, all working under Alain Petitjean and his team.

The Museum’s principal feature is an extraordinary 60m-long, 4.7m-high panorama featuring black and white graphics by American artist Joe Sacco which amply and chronologically depicts the first day of the horrific, bloody Battle of the Somme on 1 July, 1916. This gallery also includes archaeological remains and a German Maxim machine gun, the weapon mainly responsible for the exceptionally heavy casualties among the British Tommies. Excellent interactive displays illuminate the period according to various themes. Subjects treated with ophistication are the more than 72,000 unknown soldiers who have no grave – The Missing — and the daily life of local civilians. The museum also documents the results of shelling of towns and villages, the military cemeteries which resulted from the conflicts, French, British and German flying aces and includes a full-size replica of the aircraft of French fighting ace, Georges Guynemer. This highly intelligent museum, which nevertheless charges a modest entrance fee, will admirably enhance a visit to Thiepval.

On July 1, the centenary of the momentous first day of the battles of the Somme was commemorated at Thiepval in a moving ceremony in the presence of many illustrious representatives of Britain, France and Germany. To mark the occasion and, at the suggestion of The Lutyens Trust, the Historial had commissioned a beautiful 12cm-high, limited-edition model of the Memorial (left), created by celebrated architectural model-maker Timothy Richards. This is on sale at the Visitor Centre. Members visiting Thiepval are encouraged to buy one and so make a small but important contribution to the Centre’s running costs.