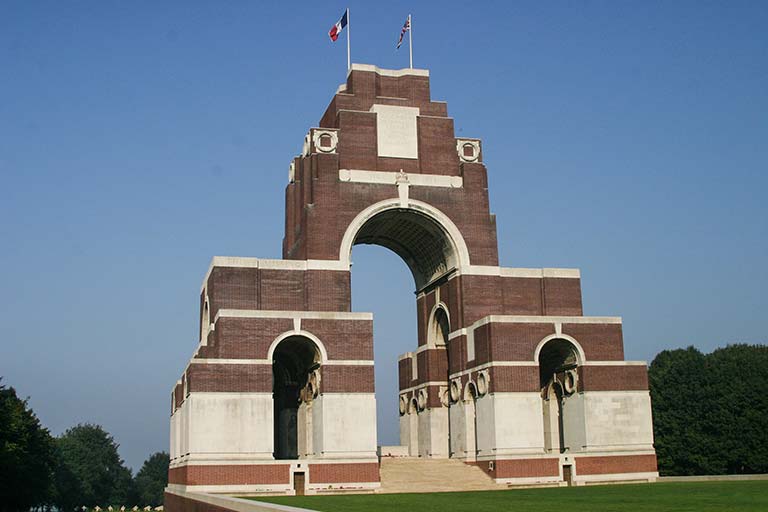 Inaugurated by the Duke of Kent in September 2004, the Anglo-French Centre has since proved a great draw for visitors to the Somme and moreover has introduced Lutyens to a wide public of many nations. The FRC/Thiepval Project – the British contribution to the creation of the Centre – is now closing down in order formally to hand over its share of the project to the Conseil Général de la Somme. The Conseil Général will henceforth take over its complete ownership and its future management under the auspices of the Historial de la Grande Guerre at Péronne. The upkeep of the landscaping will be undertaken by the Commonwealth War Graves Commission.

There has now been created a Founders Committee which will have an important advisory and supportive role in the future of the Thiepval Centre and will maintain British interest in its well-being; it is implicit that it will be consulted on any future proposals for the Centre. Its first meeting took place on the 1 June. Michael Barker, who has represented the Lutyens Trust in the FRC/Thiepval Project since 2000 has been invited to join the Committee.

Michael has been closely involved in the creation of the Centre (and promulgated the genius of Lutyens, both in the guide book and in the displays – enhanced by the outstanding model of the Thiepval Memorial itself). We are delighted at Michael’s appointment which recognises his important contribution to the Centre and which will maintain a link with the Lutyens Trust in the future.

The Editor of our Newsletter