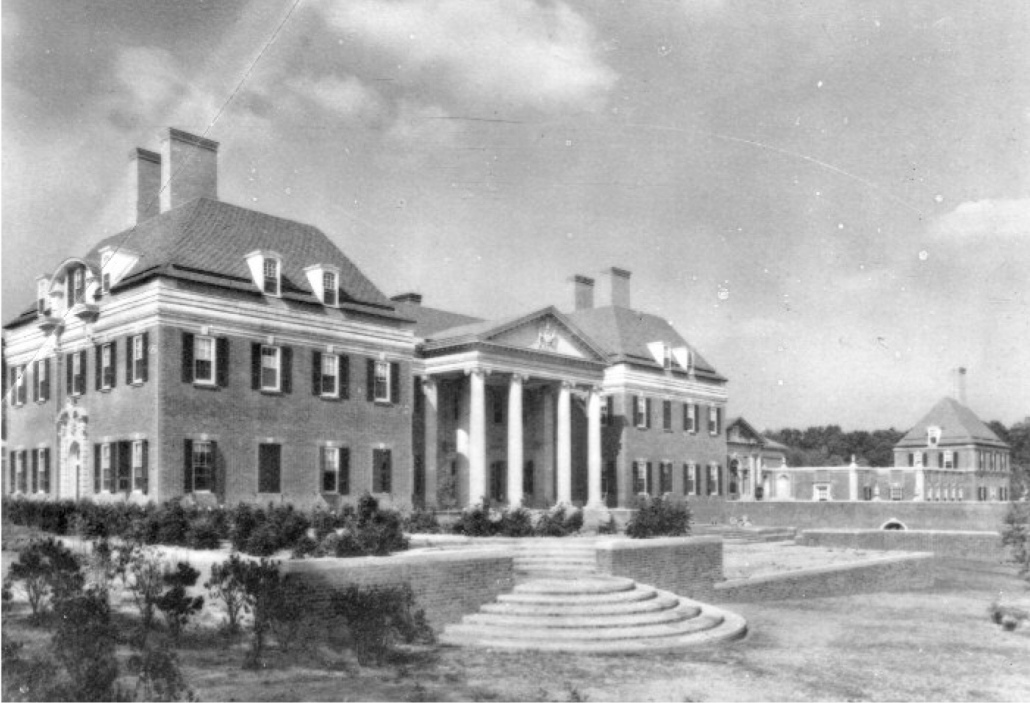 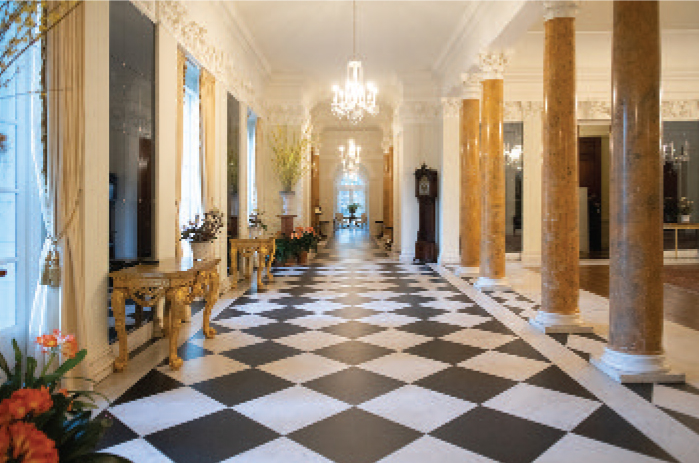 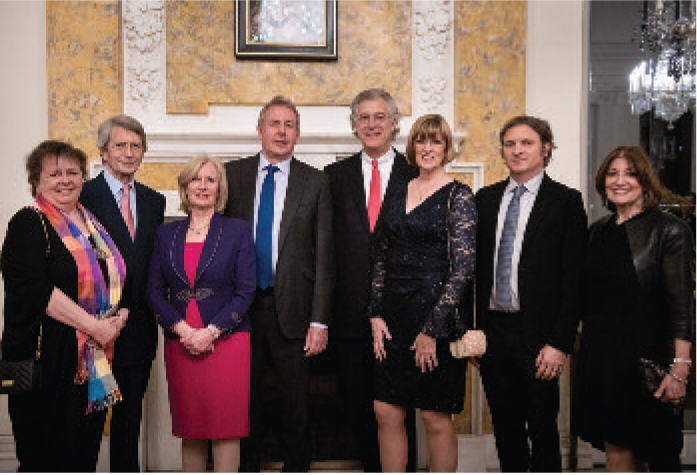 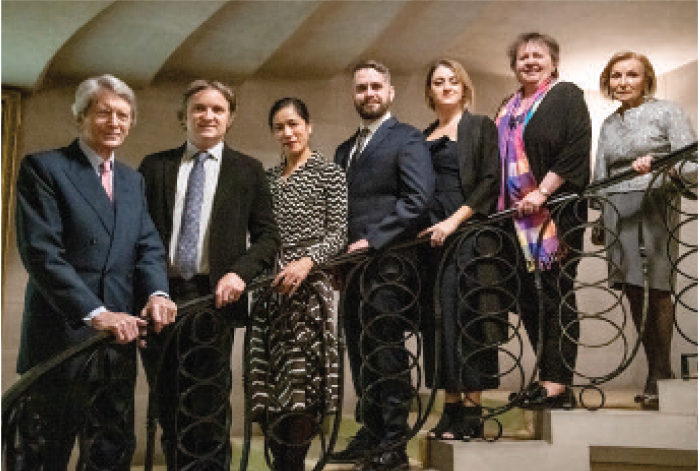 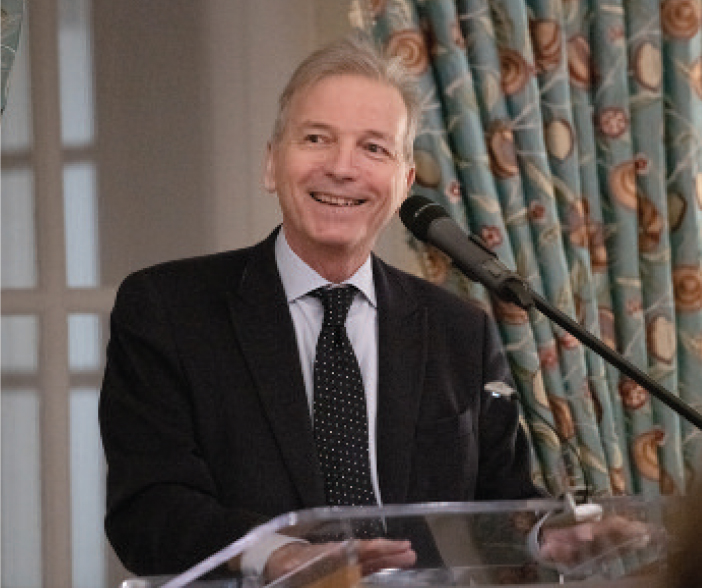 The LT America’s Celebration Dinner at The British Embassy, Washington DC and New York Lecture on Lutyens by Clive Aslet

Imagine having dinner at the British Embassy in Washington, DC, Edwin Lutyens’s only major built work in the US. Then imagine doing that in the 150th anniversary year of his birth. This is the dream that came true for a group of members of The Lutyens Trust America. I have images in my head that I will never forget: seeing everyone gather at the security desk before our tour; standing on the garden lawn looking towards the Residence, entering the house via the porte-cochère, then walking up the elegant staircase into the Residence and soaking up the ambience of Ambassador’s study with its beautiful wood panelling and carving. After this came an elegant evening starting with a glass of wine in the drawing room, progressing to an intimate dinner in the dining room and, back in the drawing room, concluding with coffee and petits fours.

The British Ambassador Sir Kim Darroch and his wife Lady Darroch were impeccable hosts. After Sir Kim’s welcome speech, I presented him with a framed print of Carl Laubin’s work Metiendo Vivendum, a capriccio depicting some 150 of Lutyens’s built and unbuilt works, on behalf of The Lutyens Trust America. Clive Aslet then gave a lively talk on Lutyens that included a number of humorous anecdotes about him. Clive, Ludovic de Walden and Martin Lutyens represented the The Lutyens Trust in the UK (Martin also serving on The Lutyens Trust America board). Candia Lutyens made the evening even more extraordinary by showing us her grandfather Sir Edwin’s Gold Medals from the RIBA and the American Institute of Architects as well as his Order of Merit and Légion d’Honneur. (Lutyens was the first architect to receive the Order of Merit.) Other members of the family were Candia’s son, Robert, and his wife, Caroline, Martin’s wife, Beatriz, and their son Marcos, daughter-in-law, Yi-Ping, and grandson Jasper, the latter joining the afternoon tour of the house and garden.

A big thank you goes to all those at the Embassy who made the day so special. From our afternoon tour of the house and gardens to dinner in the evening, their work ensured everything ran smoothly. At the end of our visit, each guest was given a model of The Cenotaph, specially made and engraved by master model-maker Timothy Richards to commemorate the 150th anniversary of Lutyens’s birth and the 100th anniversary of the inauguration of The Cenotaph.

Two days later, The Lutyens Trust played host to a reception and second lecture by Clive in New York, held at the Abigail Adams Smith Auditorium and attended by around 100 people. Clive built on his first talk, ending with an insightful look at Lutyens’s place within the pantheon of British architects. Our thanks go to Judith Prause, Creative Director of Chesneys, New York, who worked tirelessly to organise the event. The Lutyens Trust America collaborated with the Colonial
Dames of America, the American Friends of the Georgian Group and the English-Speaking Union. Our thanks to you all for letting your members know about the event.

We owe a special thank you to our sponsor for the event, Revival Sash Custom Windows & Doors. We appreciate its support.