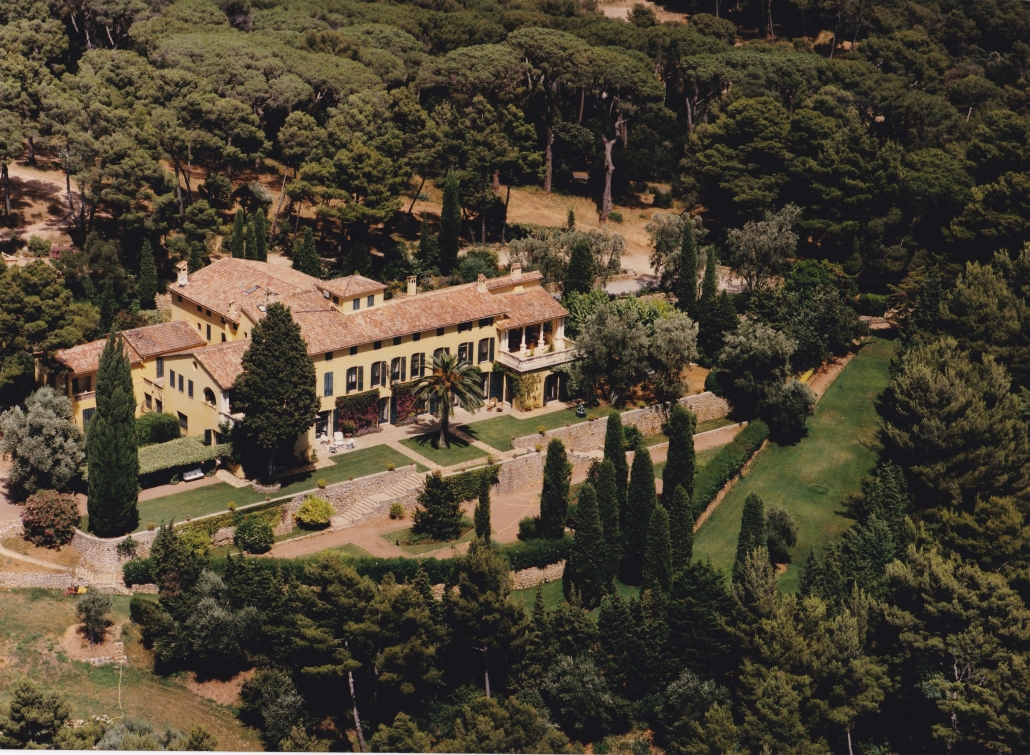 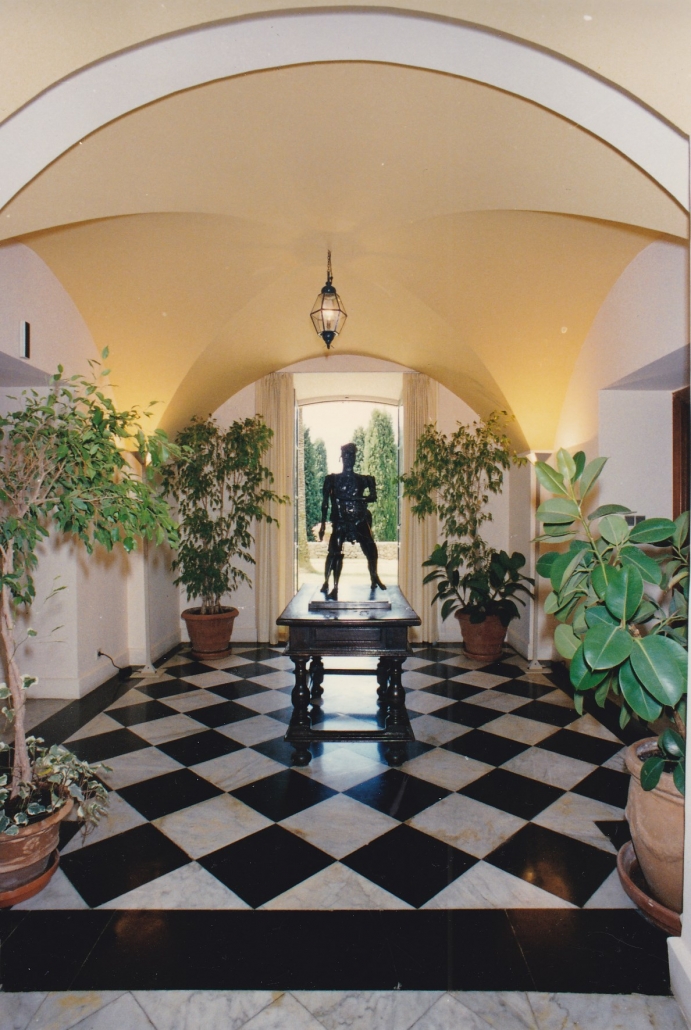 An Extract from an Article by Michael Hanson about Edwin Lutyens’s Domaine de Ranguin on the Cote D’Azur,

It’s not often that one has the good fortune to rediscover a forgotten major work of one of the world’s greatest architects. Having spent more than 30 years trying to visit every known work, major or minor, of Sir Edwin Lutyens, I was astonished to find what everyone had thought to be a minor work of his in the South of France is in fact one of his major works of remodelling, on a par with his restoration and conversion of Lindisfarne Castle in Northumberland.

The story begins in northern France with Le Bois des Moutiers at Varengeville-sur-Mer, created for Guillaume Mallet, a captain of the French army. Having bought the Moutiers estate in 1897, he decided to build a larger country house for himself and his young wife, Marie-Adélaïde Grunelius.

While visiting France in 1898 to design the British Pavilion for the Paris exhibition of 1900, Lutyens altered and enlarged the plain 19th-century villa at Varengeville to create the present elegant mansion.

In 1909, Lutyens designed a Y-shaped “dream house” at Varengeville, called Les Communes, the home of one of Mallet’s daughters, Pascaline. He also altered a house in the South of France for use as a holiday home by the Mallets — Ranguin in Mougins, north of Cannes. Rough drawings and plans for this, dated 1912 and 1913, are at the RIBA, but it wasn’t mentioned in the four Lutyens memorial volumes published in 1950 or in any subsequent books on Lutyens except in the list of works compiled by Margaret Richardson.

Even Jane Brown, that great biographer of Lutyens and Jekyll, who knew that Lutyens had designed three houses and gardens for the Mallet family, admitted that there was one of these “at Ranguin, about which I know nothing”.

Ranguin is not what most people would regard as a holiday home but is a 19-bedroom chateau called Domaine de Ranguin, formerly a 17th-century monastery. It appears that the Mallet family disposed of the property before the Second World War.

It was sold in 1950 by Lady Wolverton, daughter of the 1st Earl of Dudley, to a Belgian property company, which then sold off much of the land as building plots for villas and flats. I later learnt that Domaine de Ranguin was for sale again with about 20 acres of gardens. I arranged to visit it and, as soon as I entered it, I was in no doubt that it was the work of Lutyens.

The double-height entrance hall with its many and varied arches; the magnificent drawing room with its panelled doors, marble fireplace and decorative plaster ceiling; panelled library; elegant dining room and a small sitting room all bore the stamp of Lutyens, as did the elaborately vaulted
ceilings of the corridors with their black and white flooring. On the first floor, the principal bedrooms had the typical Edwardian sleeping balconies found in so many Lutyens houses.

Externally, it was possible to identify door and window details with the rough drawings at the RIBA and there was no doubt that the terraced gardens with their long flights of stone steps are the ones that Lutyens drew. The tall green window shutters were used by him on many of his later houses in England.

If Domaine de Ranguin were in England, it would be listed for its architectural and historical interest. It is a wonderful house. Whatever its fate, it is, like Le Bois des Moutiers, a Lutyens house that deserves to be better known.