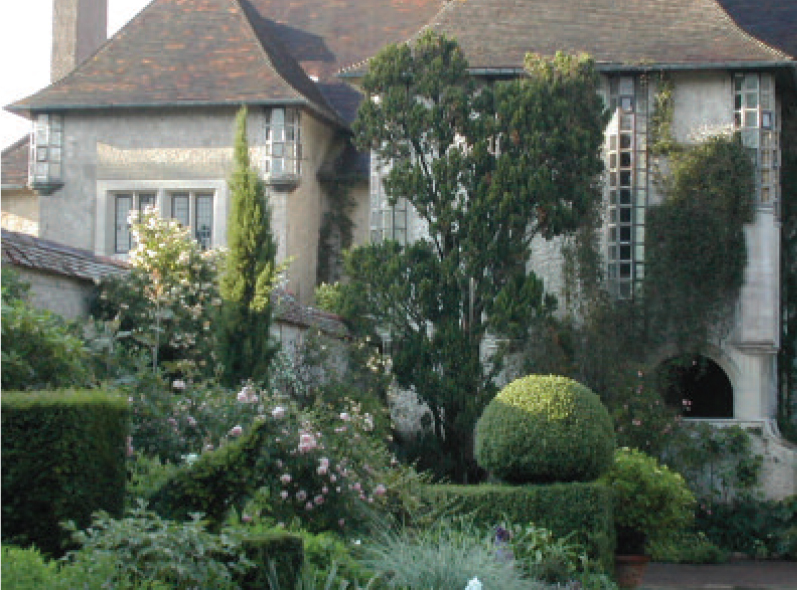 Le Bois des Moutiers at Varengeville-sur-Mer in Normandy is probably Edwin Lutyens’s best-known house in France. Lutyens altered and enlarged an earlier villa there for Guillaume Mallet in 1898 and the house and its spectacular garden and woodlands remained in the hands of the Mallet family until earlier this year.

The property had been on the market for many years and The Lutyens Trust had been involved in various plans to secure its future. A sale to a private buyer finally went through in March and it is to be hoped that this will result in the property being kept together and necessary conservation being carried out.

Further information about the new owners’ plans will follow when known.

The resolution of this long-running story prompts us to publish below an abridged version of an article from the archive of the late Michael Hanson — now installed in the newly restored library at Goddards — which describes another much larger but lesser known Lutyens house in France.

Repeat: Restoration & Renewal of The Houses of Parliament