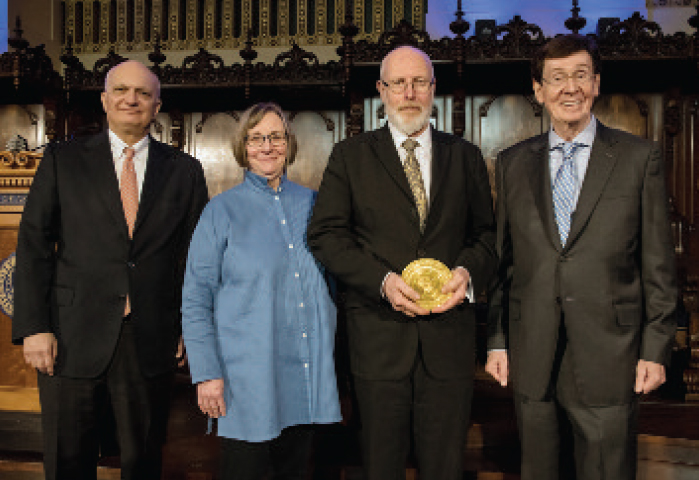 Since 2003, the prestigious Driehaus Architecture Prize given by the University of Notre Dame School of Architecture in Notre Dame, Indiana has been awarded to a “living architect whose work embodies the highest ideals of traditional and Classical architecture in contemporary society, and creates a positive cultural, environmental and artistic impact”. Every year, the Henry Hope Reed Award, which recognises a similar achievement by a person working outside the field of architecture, is given in conjunction with the Driehaus Architecture Prize, which was initiated by the philanthropist and fund manager Richard Driehaus.

This year, for the first time, this went to an artist — Carl Laubin. Admirers of Edwin Lutyens’s architecture know his work through his wonderful capriccio, Metiendo Vivendum, which depicts some 150 of Lutyens’s built and unbuilt works. This juxtaposition of architectural designs, all at the same 200:1 scale, richly illustrates the scope and variety of Lutyens’s work.

This year, The Henry Hope Reed Award was presented in Chicago on 23 March, and, as a guest, I represented The Lutyens Trust America and the Lutyens Trust in the UK. I was pleased to come across many Lutyens fans among the attendees. Several events accompanied the awards, including a reception at the University Club, an award presentation and lecture on Saturday morning and a lavish dinner at the John B Murphy Auditorium and tour of the Richard H Driehaus Museum on Saturday evening. One of the Gilded Age mansions built by prosperous Americans between 1870 and the early 1900s, the museum has been saved twice from destruction, once by a group of Chicago citizens in 1919 and more recently by Richard Driehaus, who sponsored its restoration from 2003 to 2008.

Driehaus initiated the awards presentation by speaking in memoriam of the late architectural historian David Watkin, a former Henry Hope Reed Award laureate. The 2019 Driehaus Prize winner, Maurice Culot, and Laubin then spoke about their work. Carl referenced Lutyens several times and made the case for the value of painting in the interpretation of architecture. As Driehaus summed it up, “With his stunningly detailed capriccio, Carl Laubin has brought another dimension to the work of architects both past and present, allowing a glimpse into a beautiful world, sometimes real and sometimes imagined. Both Laubin and Culot have been instrumental in redefining Classicism in a modern context.”

The LT America’s Celebration Dinner at The British Embassy, Washington...