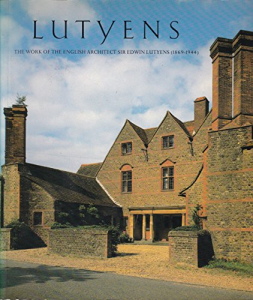 Charles is a Trustee of the Lutyens Trust, the Georgian Group and the Great Dixter Charitable Trust. He is the H.J. Heinz Curator of Drawings at the RIBA, based at the V&A Museum, under which he is responsible for the acquisition of new material, fundraising, and the curation of exhibitions including “Palladian Design: the Good, the Bad and the Unexpected” at 66 Portland Place.

Piers studied at the Architectural Association and co-founded CZWG in 1975 with Nick Campbell, Rex Wilkinson and Roger Zogolovich. He is widely recognised as an acclaimed postmodern architect, writer and leader in the profession.

He has led the design of many other of our buildings over the years and also exhibitions on the work of Lutyens, Soane, Gilbert and the National Art Fund.

Piers was involved with English Heritage for 12 years, as a member of the London Advisory Committee and the Urban Panel, then as a Commissioner. He was also a Review Panel Chair and Commissioner of CABE. He is an Honorary Fellow of the Royal Incorporation of Architects in Scotland and the Royal Institute of the Architects of Ireland. Piers was appointed a CBE for Services to Architecture in 1998.  He was elected a Royal Academician in 2002 and Professor of Architecture of the Royal Academy Schools from 2013 – 17.  He is also a member of the Planning Decisions Committee of the London Legacy Development Corporation.

Peter Inskip’s professional work as an architect includes the restoration of the Albert Memorial and Somerset House in London, as well as several country houses including Chastleton, Chatsworth, Strawberry Hill, Moggerhanger, Osborne, and Waddesdon.

A particular interest lies in the relationship of buildings to their setting and this resulted in the restoration of the landscape garden and temples at Stowe.

His work on buildings by Lutyens has included Berrydown, Marshcourt, and Castle Drogo, as well as Britannic House in Finsbury Square.  As Honorary Artistic Advisor to the Commonwealth War Graves Commission, he guided the restoration of Thiepval.

He taught at the University of Cambridge for thirteen years, and has published work on Lutyens and Soane. He has served on the architectural advisory committees of the National Trust, the Heritage Lottery Fund, Historic England and The Getty Conservation Institute.

An In Conversation with Charles Hind, Piers Gough and Peter Inskip

On 18th November 1981 Lutyens: The Work of the English Architect opened at The Hayward Gallery, and was to run for 3 months. It was the work of a team that would go on to found The Lutyens Trust in 1984-5. The original exhibition committee was chaired by Colin Amery and consisted of Jane Brown, Sir Hugh Casson, Roderick Gradidge, Piers Gough, Peter Inskip, Mary Lutyens, Margaret Richardson, Gavin Stamp, Nicholas Taylor and David Watkin. Now 40 years on The Lutyens Trust brings you two evenings, of which this is the second, to reflect on what became a landmark exhibition that made great leaps towards rekindling the flame of appreciation for the great man’s work.

Guests should arrive at The Bloomsbury Hotel at 6:30pm for a 7pm start. Refreshments included. Signage will be in place to direct you to the event.

Lutyens and the Edwardians Lecture Series