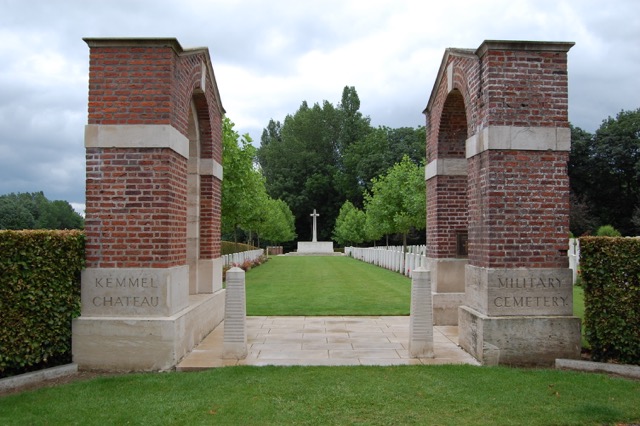 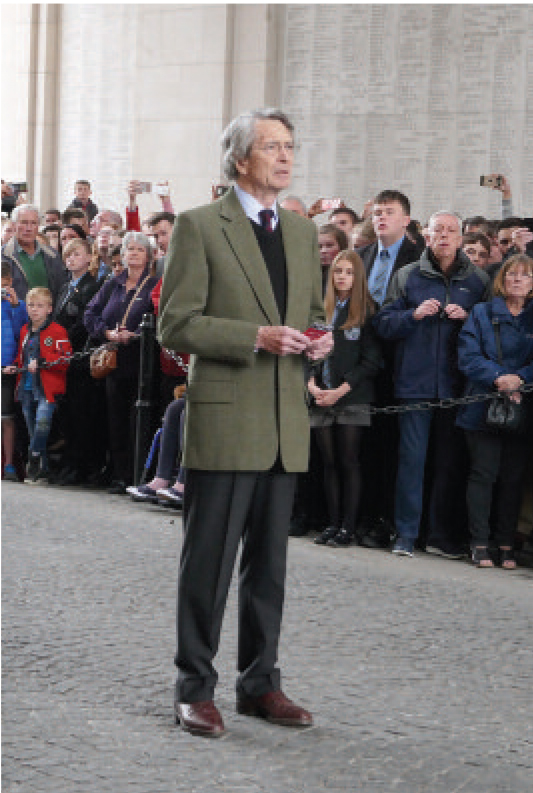 Working with a senior team from the Commonwealth War Graves Commission (CWGC) and Mark Connelly, Professor of Modern British History at the University of Kent, the Lutyens Trust organised a three-day intensive tour of the conservation work which the CWGC is carrying out on a selection of First World War memorials and cemeteries in Flanders, designed by Lutyens, Herbert Baker
and Reginald Blomfield. From our base at the Albion Hotel in central Ypres, we visited some 12 CWGC sites, including The Menin Gate (by Blomfield) and the Tyne Cot Cemetery (by Baker).

The tour served as a reminder of the scope and inventiveness of this area of Lutyens’s work — altogether some 150 cemeteries designed or supervised by him in France and Belgium and four major memorials in France — representing collectively one of his great lifetime achievements.

Tyne Cot, Baker’s fine cemetery and memorial, which we visited on the second day, also has a Lutyens connection as Lieutenant Cyril Lutyens, one of Lutyens’s five nephews lost in the Great War, is commemorated there. A particular highlight was our participation in the Last Post Ceremony at the Menin Gate at which Martin Lutyens, representing The Lutyens Trust, had the honour of reading the exhortation from Laurence Binyon’s poem For The Fallen before the hundreds of pilgrims present; after this, he and Gareth Hardware, Head of Horticulture, Western Europe at the CWGC, took part in the wreath-laying ceremony. The Menin Gate visit concluded with an opportunity to see its enormous roof (not normally accessible to the public), where measures need to be taken to prevent the familiar problem of water penetration.

With Mark describing the military context at each location and the CWGC team explaining the different conservation challenges and solutions adopted, the tour was extremely informative on both counts.

Taking two sites as examples — La Clytte Military Cemetery and Reninghelst New Military Cemetery — Sarah Camerlynck, Conservation Supervisor for the CWGC, explained that La Clytte is soon to undergo an intensive restoration project: the perimeter walls are dilapidated and will be entirely rebuilt using specially commissioned replica bricks, while the entrance pavilions, whose upper storeys were removed some years ago, will be restored to their original design and height.

By contrast, the restoration of Reninghelst is complete, and is an excellent example of of its restoration and maintenance programmes.

We also learned about the complex planting schemes that formed a vital element in all these cemeteries. The original schemes were beautifully laid out and today are meticulously maintained. Trees were part of the original schemes and the Commission’s conservation work now often has to include reinstating damaged or missing trees to restore the architects’ original vision.