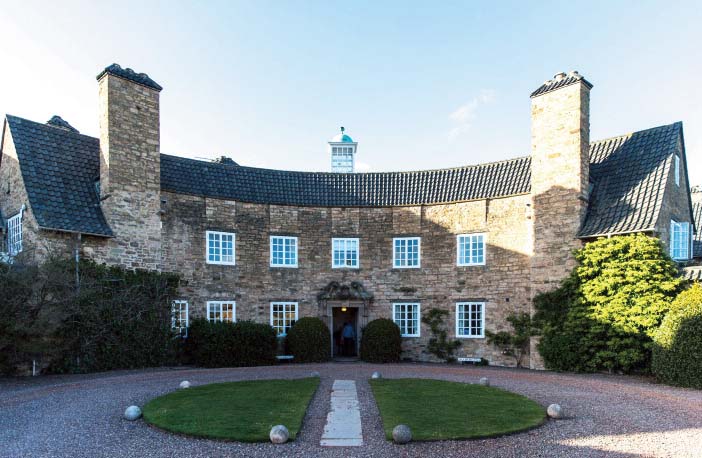 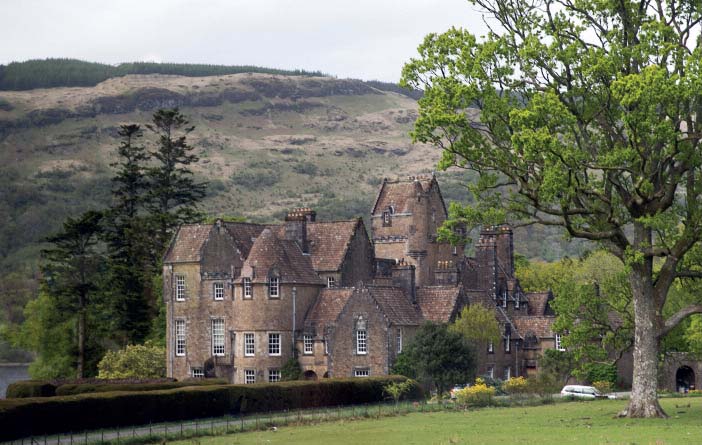 A late spring evening with sunshine beating down on Greywalls, a house by Edwin Lutyens with additions by Robert Lorimer and a garden attributed to Gertrude Jekyll. The house is now a hotel where we were treated to the generous hospitality of Giles Weaver, its owner and a Lutyens Trust trustee. This was the concluding evening of a hugely enjoyable six-day tour ranging from Inveraray in the West of Scotland to the East Neuk of Fife, from Perthshire in the North to Innerleithen in the Borders. Offering glimpses of work by architects Sir Basil Spence and Alexander “Greek” Thomson and drawing on the kindness of too many owners to mention by name, it was masterfully organised by Paul Waite.

And yet, alongside much contented murmuring over the excellent dinner at Chez Roux, the new restaurant at Greywalls, there was some dissent. Was Lorimer really worthy of the description, “The Scottish Lutyens”?

In first making the comparison, architectural writer Lawrence Weaver had in mind Lorimer’s four completely new mansions, three of which we had been able to visit: Ardkinglas on Loch Fyne, Formakin in Renfrewshire and Rowallan in Ayrshire. We heard of the curtailment of Rowallan, mid-project, for reasons not dissimilar to those that cut short the original plans for Castle Drogo: in each instance, necessity was the mother of invention but with equally happy results. But this is just one small example of some remarkable parallels in the careers and approaches of the two architects who knew each other well but, for the most part, practised in different climates.

At Kellie Castle, originally a tower house later restored by Lorimer’s father during his boyhood, we learnt of his early exposure to the craft of building restoration — the basis no doubt for his later successful relationships with outstanding craftspeople and designers working in plaster, wood and metal. We had seen examples of Lorimer’s early mastery of local building styles in his work at Marly Knowe and The Grange at North Berwick, creating a language that makes his more modest houses on the fringes of Edinburgh and in East Lothian impossible to confuse with the works of lesser practitioners.

At another of his buildings, Hill of Tarvit, which, like Kellie, is now in the care of The National Trust for Scotland, evidence of his mastery of the classical was apparent, as was the case, too, at Midfield near Edinburgh where he restored and extended a small classical house after its near total destruction by fire. Indeed fire was the element that seems to have brought Lorimer much of his network of wellconnected clients — a network fully the equivalent of that of his colleague south of the border. His remodelling of The Glen for the industrialist Sir Charles Tennant after a fire badly damaged the interior of that David Bryce house was as spectacular as it was unexpected. If his work for Sir William Burrell recasting his townhouse on Great Western Terrace in Glasgow is less uplifting, that perhaps reflects the nature of that client. However, such well-connected individuals also yielded some interesting restorations and reinventions of much older buildings with earlshall in Fife and Bavelaw in Edinburgh both illustrating Lorimer’s prodigious talent but also a due deference for what has gone before.

Lutyens’s role as de facto Architect Laureate is yet another congruence. The Royal commission for the side chapel to St Giles Cathedral for The Order of the Thistle fell to Lorimer, as did the Scottish National War Memorial at Edinburgh Castle and, of course, the appointment to the Imperial War Graves Commission.

Nonetheless, for some, a question remained. Where can the inspirational ideas, wit and playfulness of Lutyens be found in the Lorimer canon? Perhaps an answer of sorts was to be found in his most covetable creation, Dunderave Castle on Loch Fyne, surely comparable to Lutyens’s Lambay Castle.

Both architects were presented with relatively small fortified structures in breathtakingly beautiful locations. In both cases, the remit included the restoration of what was already there and a need to provide substantial additional accommodation without detracting from the main structure. At Lambay, the new work is a composition in itself and the genius of Lutyens is also apparent in every room in the restored castle. At Dunderave, the new work, while highly ingenious, is most assiduously subordinated to the old and, in the castle itself, much of his finest work — for example, the cast-iron details at the top of the principal stair — might be mistaken for an original feature, so carefully is it woven into the building.

And if the argument is to be that Lorimer’s early conservationist credentials make up for a lack of inspirational twists, one can turn back to Greywalls for corroboration. There, the integration of his Nursery Wing is seamless, his approach modest in the very best sense and yet, especially from the entrance courtyard, the enlarged building is a more satisfying composition than the work caught in the early photographs of Greywalls taken when it was first completed.