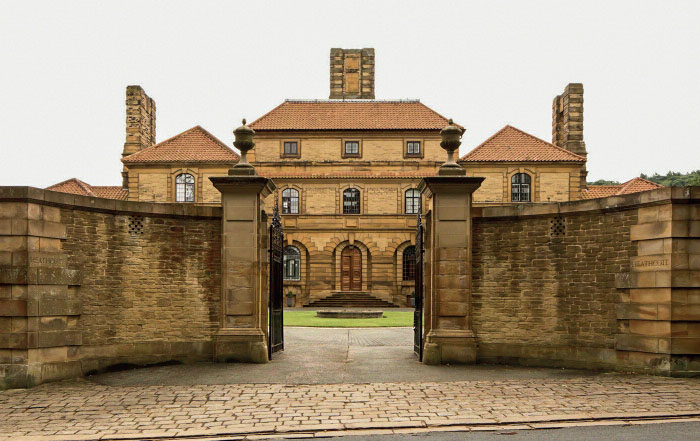 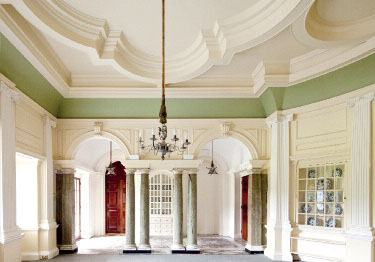 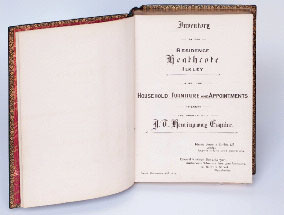 In 2014, English Heritage was asked to assess Heathcote for upgrading to Grade I, as a building “of exceptional interest”. Built from 1906 to 1908, Heathcote is located in Ilkley, West yorkshire. It is the first building in which Edwin Lutyens fully embraced the more challenging Classical tradition of architecture. The result is an inventive essay in Mannerism which shines with Lutyens’s very particular brand of creativity. Though Heathcote’s two main elevations are rigorously symmetrical, they look very different. The north-entrance elevation is austerely formal in the manner of an hôtel particulier, or grand town house, imparting a presence and grandeur which belies the building’s relatively small size and suburban setting. In contrast, the south garden front is much livelier and busier, incorporating a witty reinterpretation of Michele Sanmicheli’s Porta Palio in Verona.

The quality and craftsmanship of the materials used both externally — through a carefully considered juxtaposition and sizing of sandstone and ashlar — and internally, especially with regard to the beautiful coloured marbles, give the building a sumptuous character. Heathcote benefits from remaining largely intact both in its layout, which, in true Lutyens style, is idiosyncratic, and in the survival of fixtures and fittings designed by the architect.

Our research and a site visit confirmed the significance of Heathcote as a pivotal building in Lutyens’s distinguished career, and English Heritage recommended to the Secretary of State for the Department for Culture, Media and Sport (DCMS) that it be upgraded to Grade I. The recommendation was supported by consultees and a number of experts in the field. The Secretary of State subsequently agreed to the recommendation, and Heathcote was upgraded on 12 December, 2014.

Previously, a total of eight subsidiary buildings and structures at Heathcote had each been listed separately in addition to the List Entry for the main house. It is perhaps more usual to have separate List Entries for subsidiary items as they are often given a different grade to the main building. However, here the whole architectural composition is such a set piece by Lutyens that it was considered that the subsidiary buildings should be treated as a single entity with regard to grading, and all be upgraded to Grade I. A logical outcome was therefore to include the subsidiary buildings and structures with the house in a single List Entry. The new expanded List entry has also been written in accordance with modern standards for designation, and states the principal reasons why Heathcote is listed as Grade I.

Background to the re-grading

Heathcote is one of Lutyens’s most famous houses. It was built for the textiles merchant John Thomas Hemingway, and remained a private house until 1958, when it was bought by NG Bailey, an engineering consultancy which converted it to offices, with most alterations being carefully done and reversible. NG Bailey put the house, then Grade II*-listed, on the market in 2010, since when members of The Lutyens Trust have been closely involved with its fortunes. First, members of the Photographic Archive Committee undertook a three-day photographic survey of the house and garden, which included photographing the original inventory (pictured left). At the same time, Mervyn Miller carried out a full building inspection and wrote a descriptive report on the interior with a statement of significance for each room. These two projects provide a comprehensive record of Heathcote, a little over a century after its completion.

Since then, the property has had two owners. The first had plans to divide the house (a thoroughly unsuitable project) and sell off and develop its supporting buildings. These proposals were withdrawn in the face of objections from The Lutyens Trust and others, though two cottages within the boundary wall were sold. The second owner has put in applications for listed building consent to restore the house to single domestic occupation. These have been approved, subject to conditions, though no work has started.

Concerns that the property could still be under threat of redevelopment led The Lutyens Trust, The Victorian Society and several eminent experts to approach English Heritage with a view to upgrading the house to Grade I. Now that it has been upgraded, The Lutyens Trust is most grateful to everyone who contributed to this result, and remains vigilant in its efforts to protect this very important building.

A Tribute to Clayre Percy