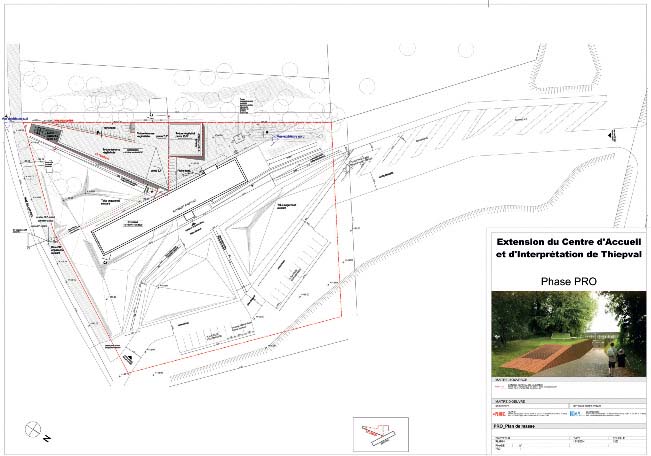 Proposed Extension to the Visitor Centre at Thiepval

The construction of an extension at Thiepval — to be a paying mini-museum — has now begun. It is due to open before 1 July, 2016, the centenary of the first day of the battle of the Somme, in memory of and for the explanation of which this building will be dedicated. Despite initial concerns about it being too conspicuous, the scheme has turned out to be discreet as it will be largely buried in a site adjoining the existing Visitor Centre (alongside the pathway leading to the memorial) to which it is connected by a simple glazed vestibule. The extension’s displays will include a replica of the Red Baron’s aircraft and a panoramic mural inspired by the Bayeux Tapestry that depicts the first day of the battle of the Somme, the latter created by Joe Sacco, a Maltese-American cartoonist and journalist.

The Annual Belgian Parade at the Cenotaph, A Unique Honour