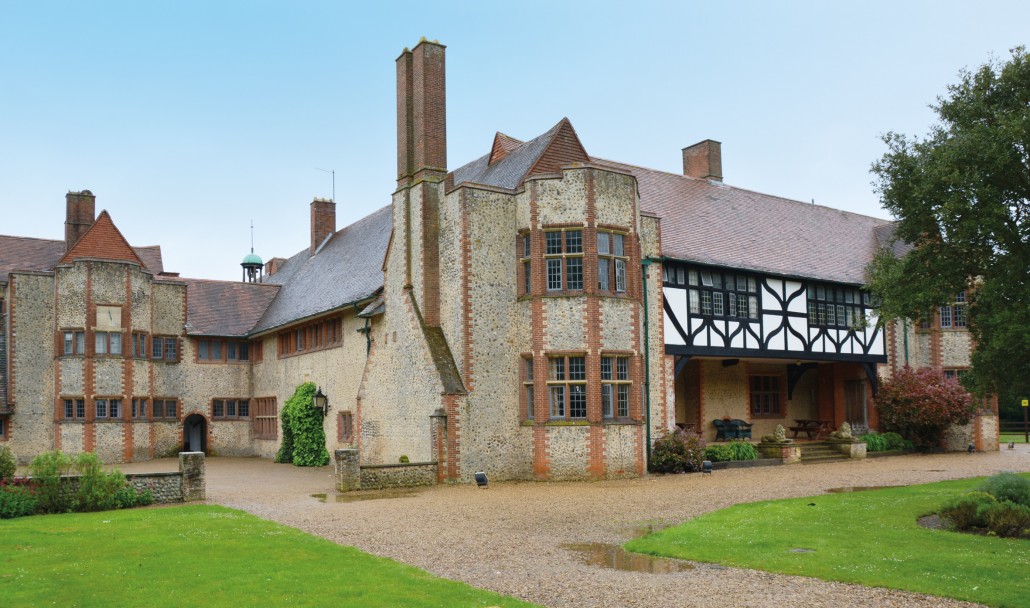 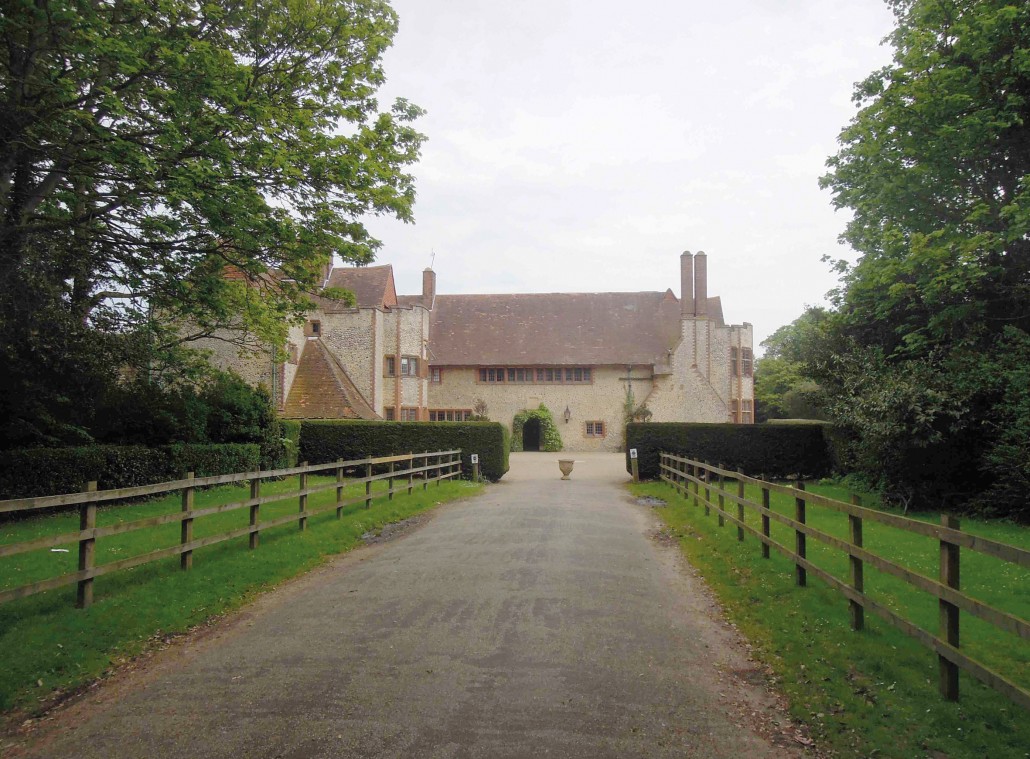 Architects study the work of other architects. Edwin Lutyens did, and Charles Morris is no exception. Charles has an established architectural practice in East Anglia with an exceptional knowledge of late 19th and early 20th-century houses built there. The Lutyens Trust is indebted to him for giving a tour in North Norfolk which took in in two Lutyens summer houses, Overstrand Hall and The Pleasaunce, Wiveton Hall, a 17th-century house for which architect Guy Dawber (1861-1938) designed an extension, and two modest houses, Langham Point and Eaton Lodge, which Charles has transformed.

The day began at Overstrand hall in Overstrand (visited courtesy of Kingswood, which organises activity centre breaks for groups and children). The house was built from 1899 to 1900 for Lord Hillingdon and his wife, the Hon Alice Marion Harbord, a daughter of Lord Suffield who owned estates in the local, Cromer area, which at the time was becoming a fashionable summer resort. An existing house, also called Overstrand hall, had been given to them on their marriage in 1886, but this was demolished and replaced by a new one designed by Lutyens (pictured below and on the following page). Built around a courtyard, its interior planning and detailing recalls Lutyens’s surrey houses, although he was less confident about the exterior handling of the Norfolk flint, pantiles and timber framing.

The origins of The Pleasaunce (which we visited courtesy of The Christian Retreat Centre), the second Lutyens house we saw, were closely linked to Overstrand Hall. Its owners were Cyril Flower, created 1st Lord Battersea of Battersea and
Overstrand in 1892, and his wife Constance de Rothschild. A wealthy, childless couple, they travelled extensively in the Mediterranean. Intimates of the Holland Park Circle (a group of artists based in this area of west London), Lady Battersea
was determined to create a ‘house beautiful’, an Aesthetic Movement term and the title of a lecture given by Oscar Wilde in 1882. On the recommendation of their friend Lord Suffield, they bought a 30-acre estate with two red-brick villas at
Overstrand in 1888. Lutyens incorporated these into a very idiosyncratic building where he played with different styles, creating a house for the Batterseas’ collections of Pre-Raphaelite art and oriental ceramics and grand entertaining. Here Art Nouveau windows vie with jettied gables.

The Trust’s members were given unlimited access to this house including to its original kitchens lined with spanish tiles and fireplaces finished with William De Morgan tiles. This was followed by a brief visit to the Methodist Church (1898) in Overstrand, funded by Lady Battersea and designed by Lutyens.

After an excellent lunch at the café at Wiveton Hall, the property of farmer and restaurateur Desmond MacCarthy, members were given a tour of his Jacobean, H-plan house. Interestingly Dawber, a contemporary of Lutyens, had been commissioned in 1907 to extend its domestic accommodation by creating a drawing room, billiard room and bedrooms on the site of a barn to the north of the courtyard. Dawber emulated the style of the existing house.

During our visits Charles Morris explained in great depth the handling of the flintwork and bricklaying very evident at Langham Point, an early 20th-century, sub-Arts and Crafts house which he had completely remodelled for Robert and Charlotte Carter in 1998. shown photos of the original house, members could appreciate the transformation. Like Lutyens, Morris has a deep understanding of materials and, taking his cue from the original flint cobbles and narrow soft red dressings, the new north and east elevations were built in English Cross Bond brickwork (blink and you see the diaper pattern), while the centre bay of the entrance elevation was emphasised by the use of squared, knapped flints. Internally, he created a series of classically proportioned rooms which relate axially to the garden that has been landscaped with avenues of trees and parterres of box.

The final house was Eaton Lodge, home of harry and Kathryn Buscall — a complete remodelling and extension of a farmhouse standing isolated in a field. Now it is anchored in the landscape by an apron wall with gardens designed by
Charles. A new entrance courtyard was created and the north and south ranges linked with a loggia built in the Tuscan order. Charles is a master of design, drawing on his encyclopaedic knowledge of materials and craftsmanship to create beautiful homes – just like Lutyens.

The Lutyens Trust thanks Charles for his excellent tour and Paul Waite for organising it. And we are much indebted to the owners for giving access to their properties.

A Lutyens Table Sold at Sotheby’s