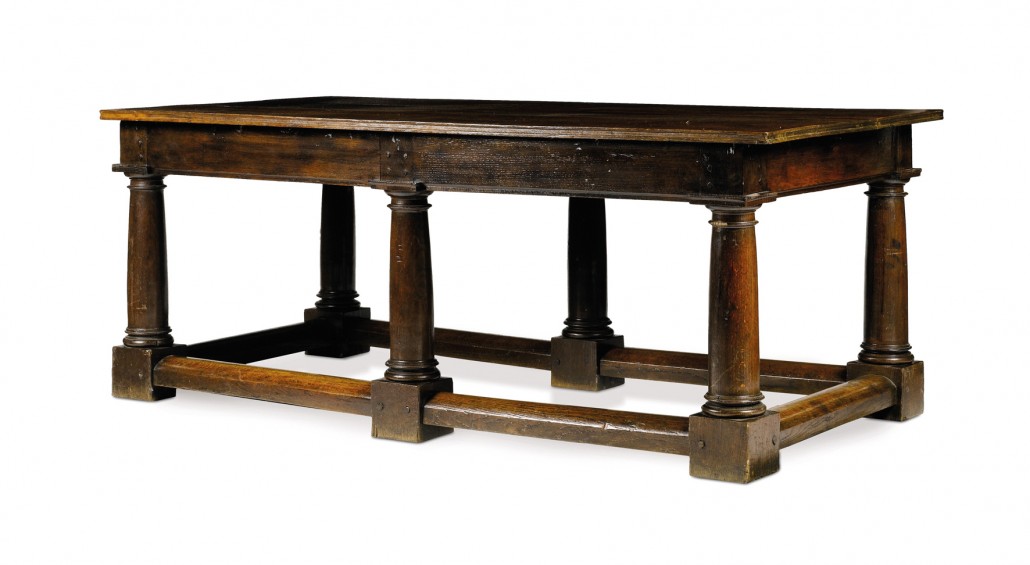 A Lutyens Table Sold at Sotheby’s

On 6 March, in its sale of the collection of the late Stanley J Seeger, Sotheby’s in London achieved the sum of £62,500, including the buyer’s premium, for an oak refectory table designed by Edwin Lutyens (the estimate was £10,000-15,000). It is dated 1897, when Lutyens was engaged to Lady Emily. It was one of three versions of this piece which they had in their final home at 13 Mansfield street, London. Seeger had acquired it at a Christie’s sale in 1993.