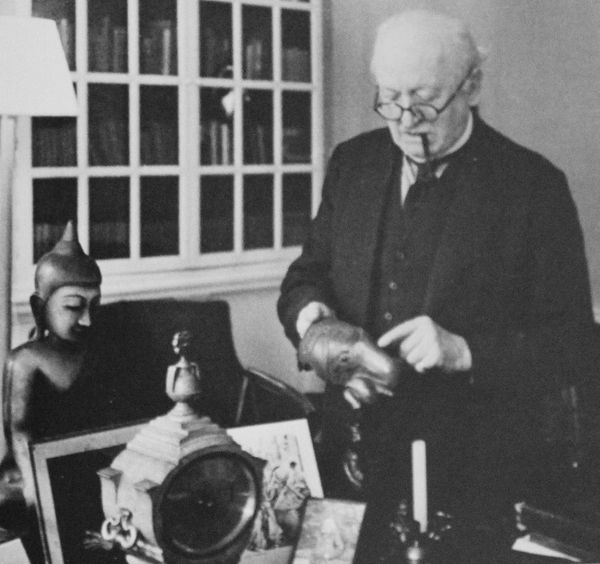 Lutyens with his clock on his desk. Courtesy of Candia Lutyens 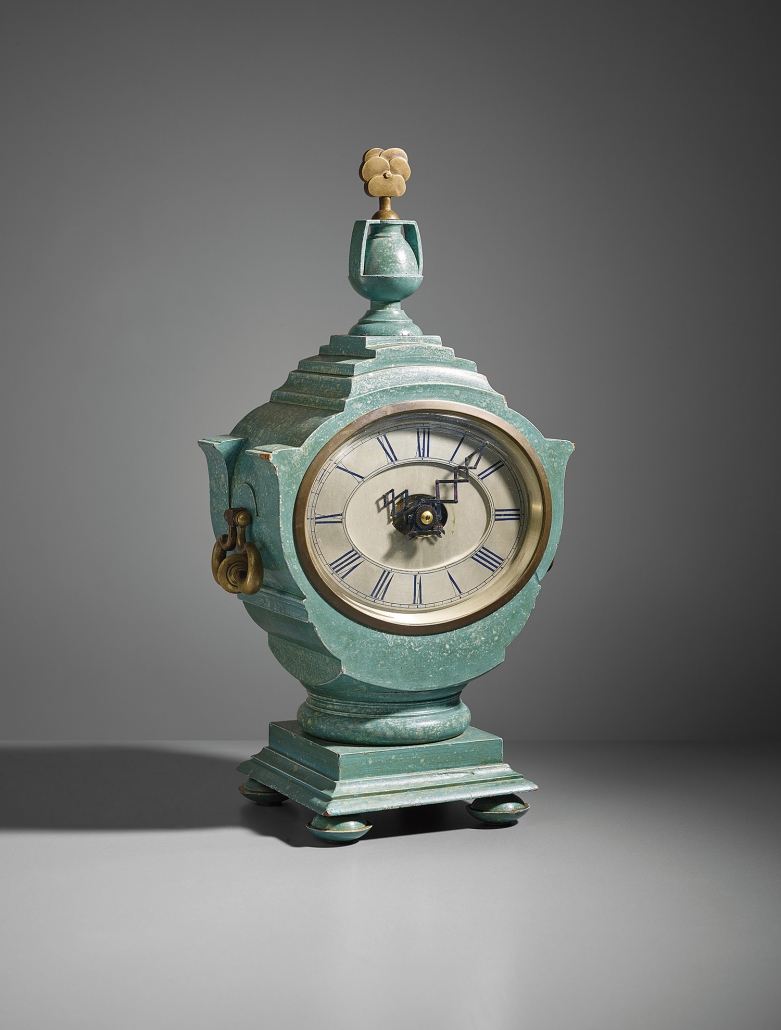 A mantel clock designed by Edwin Lutyens for Lady Willingdon for The Viceroy’s House, circa 1930, among many other objects he created for his New Delhi building, was one of several thought to have disappeared in 1948. But Lutyens commissioned two copies for himself — something he was wont to do when he was particularly pleased with a design.

One of these sold at auction in London on 18 October at Phillips in London for a hammer price of £90,000 (or £112,500, including auctioneer’s commission). Made of mahogany painted verdigris green and measuring around 17 inches high, it has a brass key finial cast as a pansy, a pun on the French word penser as a reminder to wind it up — a typically witty Lutyens touch. Its oval face required hands that expand and contract like tongs. Lutyens’s Mercury Ball chandelier, also designed for The Viceroy’s House, was sold at the same auction.