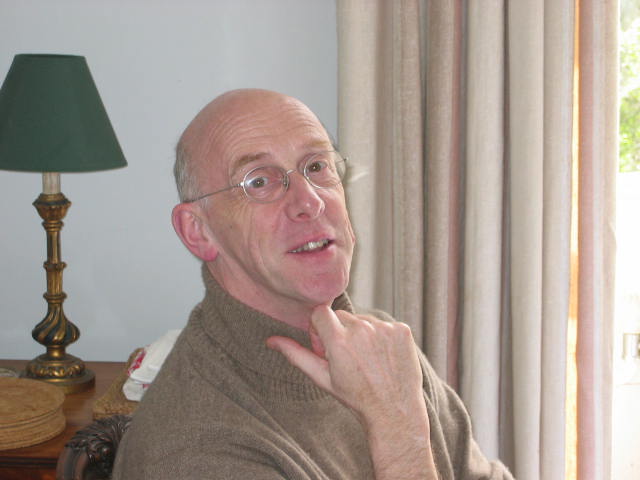 The Lutyens Trust has seen the passing this year of Gavin Stamp and now Colin Amery, close friends and key figures in the revival of the public’s appreciation of Edwin Lutyens’s architectural heritage. Colin was born in London, the younger son of Kenneth and Florence Amery. He was educated at King’s College, University of London and the University of Sussex. He originally studied law but, finding it dull, switched to English. His career began at the Town and Country Planning Association and he later became Assistant Editor at The Architectural Review. In 1979 Colin joined The Financial Times as Architectural Editor. He remained there for 20 years and, during this time, became a trustee of the National Gallery, advising on the building of the Sainsbury Wing. He also began his association with the Prince of Wales; from 1993 until 1996 he was Director of Development for the Prince of Wales Institute of Architecture. Colin was also a director of the World Monuments Fund. Throughout his career he was a prolific author, raising public awareness of our architectural heritage. He was made an Honorary Fellow of the RIBA, a measure of the esteem in which he was held.

Colin’s knowledge of Lutyens’s oeuvre and the history of architecture and conservation were of immense value to The Lutyens Trust. It was entirely appropriate that the service of thanksgiving for Colin’s life was held at Holy Trinity, Sloane Square, a magnificent example of Arts and Crafts architecture and decorative art, saved from demolition by Stamp and Sir John Betjeman. Colin was a member of the feisty band of conservationists, who changed the public’s appreciation of architecture in the UK. The immediate postwar years had been dominated by the views of Nikolaus Pevsner and fellow architecture writer Reyner Banham, who had promoted the Modern movement and denigrated earlier styles, and Lutyens’s reputation after his death in 1944 plummeted. It was a period that saw the mass-destruction of buildings shockingly brought to public attention in the polemical 1974 Victoria and Albert Musuem exhibition, The Destruction of the Country House, orchestrated by Roy Strong, John Harris and Marcus Binney. Colin was involved in the campaign to save Spitalfields. But the tide turned in the 1960s, and the RIBA Collection at the Heinz Gallery in Portman Square, under Harris’s direction, became the epicentre of the Lutyens revival.

Stamp himself curated the Heinz Gallery show, Silent Cities: Memorial and Cemetery Architecture of the Great War, in 1977 and Margaret Richardson was responsible for the catalogue of Lutyens drawings held by the RIBA. The other pro-Lutyens powerhouse was The Art Workers’ Guild where Roderick Gradidge (a founding Lutyens Trust Trustee) held sway. Colin was part of this group and became a devoted friend of Mary Lutyens, the guardian of her father’s legacy. Under his skilful leadership a committee was formed to curate the immensely popular monograph exhibition of Lutyens’s work mounted by the Arts Council at the Hayward Gallery in 1981. This raised enormous interest among the public in Lutyens’s work, and Colin’s contribution to the catalogue was exemplary.

When the integrity of The Salutation in Kent, Lutyens’s exquisite Neo-Georgian house, was threatened with redevelopment in the mid-1980s, Lutyens scholars met the challenge. The Trust was founded “To protect and promote the spirit and substance of the work of Sir Edwin Lutyens”. As founding chairman, Colin brought a wealth of experience to an organisation whose primary aim was the preservation of Lutyens buildings. When the Trust received the gift of Goddards in 1991, he secured financial support for the administration and care of the house; in later years he became President and his efforts ensured valuable financial assistance from the Monuments Fund.

In January, 2014, the Twentieth Century Society held meetings to celebrate major architectural exhibitions. Colin led a discussion on the Lutyens one, accompanied by Stamp, Richardson and Piers Gough. He spoke movingly of his affection for Mary Lutyens and the importance of her father’s work in his life; one might say his support for Lutyens was equally important. The last years of Colin’s life were clouded by ill health; he was cared for by his husband, Robin Ballance, and supported by the many friends who gathered at Holy Trinity.