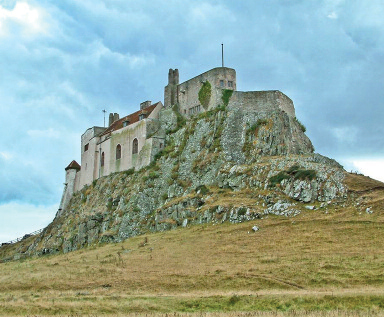 Lutyens and The National Trust: An Update

The Newsletter has previously published articles on two of Lutyens’s works, now owned by the National Trust. Here are our updates on each one:

In a previous article about Runnymede, Jane Brown described how Cara Lady Fairhaven came to donate the Runnymede meadows in Surrey to the nation in memory of her late husband, Urban Hanlon Broughton, and to commission Edwin Lutyens to design the two lodges there. We later heard from Olivia Nelson about the National Trust’s Masterplan for Runnymede, which included reuniting it with Ankerwycke, just across the river. Together, these were historically one estate.

With the celebrations of the 800th anniversary of the sealing of Magna Carta acting as a springboard, the Masterplan laid the groundwork for an application to the Heritage Lottery Fund (HLF) to finance a project to “Tell the story of Runnymede and Magna Carta better”. The plan included improving the conservation of the landscape and buildings, providing a more comprehensive and informative learning environment and encouraging more visitors. The HLF has now awarded development funding of £126,800 to help the National Trust progress its plan for the whole site, including the Lutyens lodges, and apply for a full grant of £1.6m next year. Stuart McLeod, Head of HLF South East England, said: “Runnymede is one of the most important sites in our history and we’re delighted to make this investment. It was inspiring to see the interest generated during last year’s anniversary and this project is a fitting way to continue the discussions that were started, while ensuring the site is protected and more welcoming in future.”

In the Summer 2015 Newsletter, Nick Lewis, House Steward at Lindisfarne (pictured), outlined the problems the castle faces, from water ingress through walls and windows and wind erosion of stonework to “wear and tear routinely endured by historic houses open to the public” — all
exacerbated by an accumulation of attempts to repair it with inappropriate materials. He also described the year-long research and testing of remedial materials inside and outside the castle, which will underpin a Conservation Management Plan, designed to waterproof it and carry out other restoration work.

Since then, things have moved forward: the latest National Trust newsletter explains the complex process of removing all the contents to a safe place and protecting fragile things that cannot be moved in preparation for the conservation work to start. This is expected to last a year, followed by another year for the new lime plaster, mortar and stonework to dry out before repainting can be done and the contents brought out from storage.

The project is being supported by the Department for Culture, Media and Sport, the Wolfson Foundation, the Neptune Fund and no doubt other benefactors. Perhaps the National Trust will allow a hard-hat visit by Lutyens Trust members while the work is under way; we shall certainly ask.

National Commemorative Event at the Thiepval Memorial to Mark the Centenary...