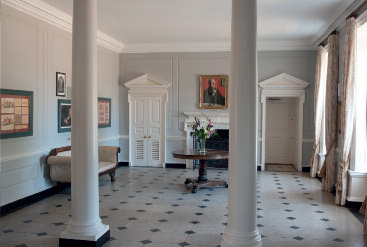 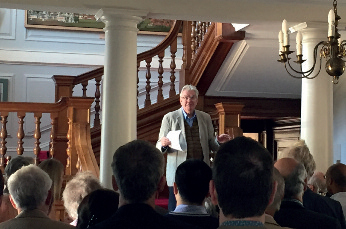 Terry Farrell speaking at the event. Courtesy of Farrells 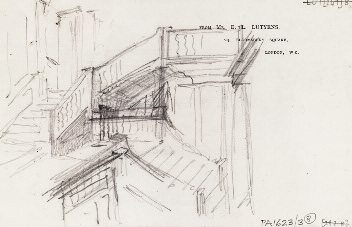 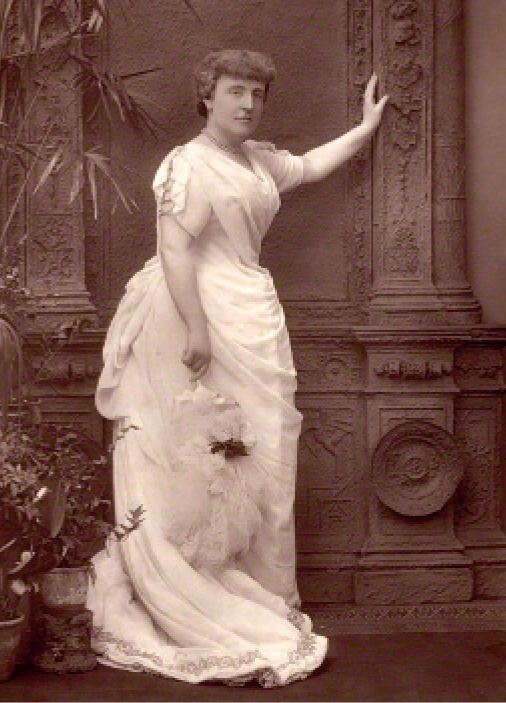 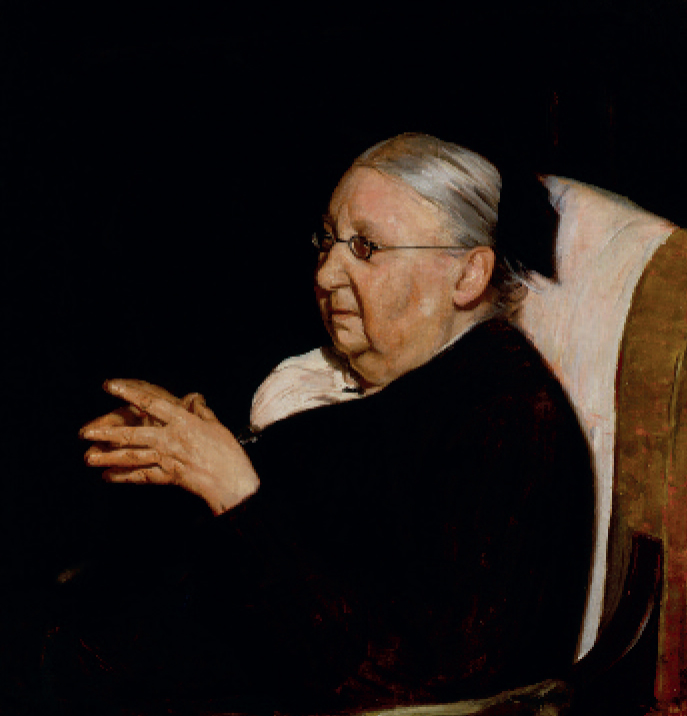 On a gloriously sunny Saturday last September, Sir Terry and Lady Farrell welcomed about 100 guests to see the recent work they had undertaken at Great Maytham Hall in Kent, where they have an apartment — to bring to life three spaces in the previously tired ground-floor rooms. The main building of Great Maytham was rebuilt two storeys higher by Edwin Lutyens from 1909-12 for the Right Honourable Harold Tennant, a Liberal MP, and his wife, May, who lived here from 1911 to 1939. Terry and Mei Xin Wang’s project necessitated redecorating three spaces — the hall, garden room (originally an annexe to the dining room) and Churchill Room — repainting two of the main ground-floor rooms and hanging around 70 pictures depicting Lutyens’s work as well as images of others connected with the house.

The redecoration involved many months of sourcing, designing and laying out. The catalyst for this work was Terry’s purchase of Carl Laubin’s wonderful Lutyens capriccio, Metiendo Vivendum (which was Lutyens’s motto and is translated as “By measure we live”).

Once it had been decided where to hang Laubin’s painting, a place was chosen to display a small selection of his superb preliminary pencil drawings — the upper hall. These are not only beautiful in their own right but shed light on the painstaking process behind creating his vast capriccio, which took a year and half to complete. All the buildings were drawn at a 1:200 scale, making the piece, in Laubin’s words, something of an “eight-and-a-half-foot-long miniature”. The painting reflects the rich texture and variety of Lutyens’s career.

Pictures pertaining to Lutyens as well as his architectural drawings, copies of which now hang in the lower hall and garden room, were sourced from the RIBA Drawings Collection at the Victoria & Albert Museum, a task supported and very generously aided by The Lutyens Trust’s trustee, Charles Hind. It took hours to sift through the RIBApix archive of images on RIBA’s website www.architecture.com, which has digital versions of hundreds of Lutyens’s images. The research also involved a very memorable visit to the V&A’s actual archive to look at all the original Great Maytham material.

In addition to showing Lutyens-related pieces, Terry wanted the images at Great Maytham to include other people who were also part of the story of the house. The lower hall has five images that commemorate the English-American novelist and playwright Frances Hodgson Burnett (1849-1924), who lived there at the turn of the 20th century. She is best known for her three children’s novels Little Lord Fauntleroy (published in 1886), A Little Princess (1905) and The Secret Garden (1911), and Great Maytham’s walled garden gave her the idea for latter. Terry chose a copy of an imposing black and white photographic portrait of her taken in 1888 that hangs in London’s National Portrait Gallery and added beautiful illustrations from early 20th-century editions of The Secret Garden.

The lower hall also commemorates Gertrude Jekyll, who created over 400 gardens in the UK, Europe and the US. She was one half of one of the most influential partnerships of the Arts and Crafts movement as mentor to and long-term collaborator with Lutyens. It is highly likely that Jekyll would have had some input in Great Maytham’s garden design. The images of her that Terry chose to display are a black and white photograph of her aged about 19, generously made available to us by her great-great niece Primrose Arnander, plus two humorous cartoons of her by Lutyens and a copy of a very strong, 1920 oil portrait of her in her later years by Sir William Nicholson.

The Churchill Room was the house’s original grand salon. Tennant — whose sister Margot married British prime minister HH Asquith, while he himself served in his Cabinet as Secretary for Scotland — rebuilt Great Maytham as a political house. In view of this, Terry decided to hang pictures of others in the Cabinet at that time as well as of Margot and other prominent figures, such as politician Violet Bonham Carter. He also included political cartoons of the time from Punch, which focused on such issues as the suffragette movement and the beginnings of the British welfare state.

The event began with a welcome by Terry and a summary of the connections some of the people present had with the house and/ or with Lutyens, including Mark and Lady Harriot Tennant. (Mark is the grandson of Harold and made available to Terry the original Great Maytham visitors’ book that contained the names of all overnight guests from 1911 to 1939.) This shows many visits by Lutyens, perhaps while doing the snagging! Also there were Martin and Candia Lutyens, Victoria Williams from the Great Dixter Trust, Mary Mallet of Wittersham House, architects, family, friends
and neighbours. Terry explained that he had gifted all the pictures he curated in the communal rooms — except for the Laubin oil painting — to The Lutyens Trust, which, in turn, has loaned them on a permanent basis to Great Maytham.

Laubin then gave an insight into how his painting came about and how, during its creation, he became fascinated by the sheer scale of the unbuilt Liverpool Cathedral. He then showed the audience a very interesting picture comparing the scale of the cathedral with St Paul’s Cathedral, the Shard and the Gherkin and even to one of Terry’s buildings, the KK100 in Shenzhen, China.

Finally, Martin expressed his gratitude to Terry for his generosity in creating this unique tribute to Lutyens and spoke about the Trust’s endeavours and the painting. After the speeches, guests could examine the painting close-up, and, at Sir Terry’s invitation, take a look at his private residence, followed by a stroll around the gardens. All in all, it was a day of continued appreciation of Lutyens’s work.

Lutyens and The National Trust: An Update