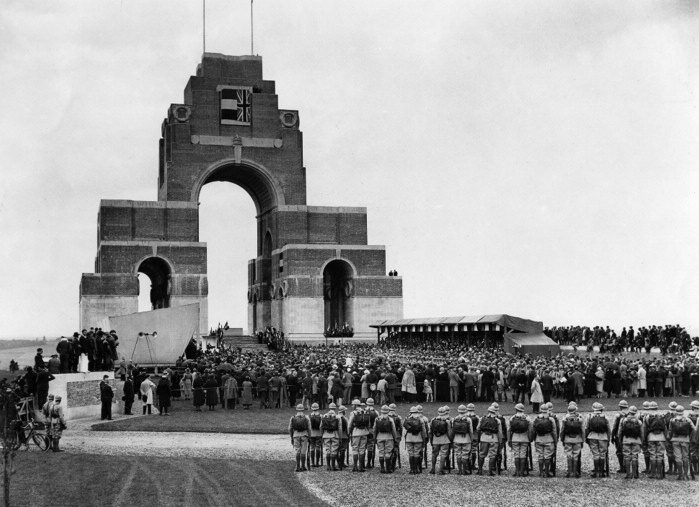 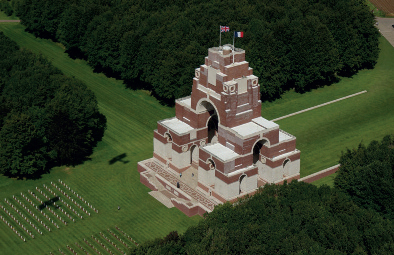 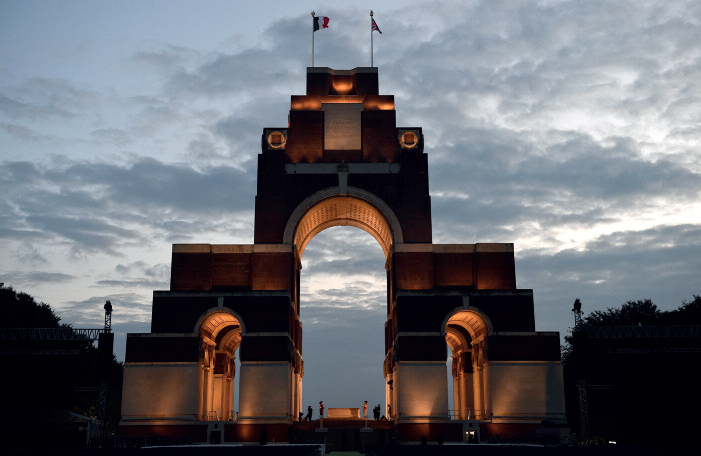 The unveiling of the Thiepval Memorial to the Missing of the Somme took place on 1 August, 1932, attended by Edward, Prince of Wales and the French President, Albert Lebrun. On a rainy afternoon, both men paid tribute to those who had fought and died on the Somme. Speaking in French and English, the Prince of Wales declared the (then) Imperial War Graves Commission’s determination to honour the dead by “material expression… as enduring as human hands and human art can make it”. Among those present was Edwin Lutyens, creator of the memorial.

On 1 July, 2016, also on a rainy afternoon, the British and French governments, in partnership with the Commonwealth War Graves Commission (CWGC), hosted an event at the memorial to mark the centenary of the first day of the Battle of the Somme. The ceremony was attended by the Prince of Wales, Duke of  Cambridge, Prince Harry and other members of the Royal family, the Prime Minister, the President of France, the President of Ireland and HE Prof Dr Horst Köhler, former President of the Republic of Germany.

Many other distinguished figures were there, including Vice Admiral Sir Timothy Laurence and Victoria Wallace, Director General of the CWGC. Victoria had invited me to represent The Lutyens Trust, so I joined the throng of 10,000 in attendance.

The programme consisted of narrations by Charles Dance and others, linking together the story of the 141-day battle, with readings by VIPs, members of the Armed Forces and descendants of those involved in the fighting. There was also a fine programme of music performed by the Band of the Welsh Guards, La Musique Principale de l’Armée de Terre and the BBC Symphony Orchestra, among others. A touching note was the participation of 600 French, Irish and British schoolchildren, representing the number and nationalities of the 600 graves in the adjoining cemetery.

The programme drew to a close with a commemorative prayer read by the Archbishop of Canterbury, a reading by Admiral Laurence of Laurence Binyon’s poem For the Fallen, the sounding of the Last Post, a two-minute silence, during which a mass of poppies and cornflowers fell from the memorial, and ended with a salute from the guns of the King’s Troop, Royal Horse Artillery, Reveille, wreath-laying by the VIPs and lastly the national anthems of France and the UK.

As the crowd moved off, I joined others in the cemetery overlooking the Ancre valley and laid a wreath at the Cross of Sacrifice on behalf of all members of The Lutyens Trust. Throughout, there had been a feeling of rightness about the occasion and the Department for Culture, Media and Sport, their French counterparts and the CWGC deserve the highest praise for organising this massive event. Best of all, the memorial looked magnificent.

Post-publication note: There are no New Zealanders commemorated on the Thiepval Memorial. The New Zealand government took the decision to commemorate their missing on memorials closer to where they fought. So for the Somme it is at Caterpillar Valley.