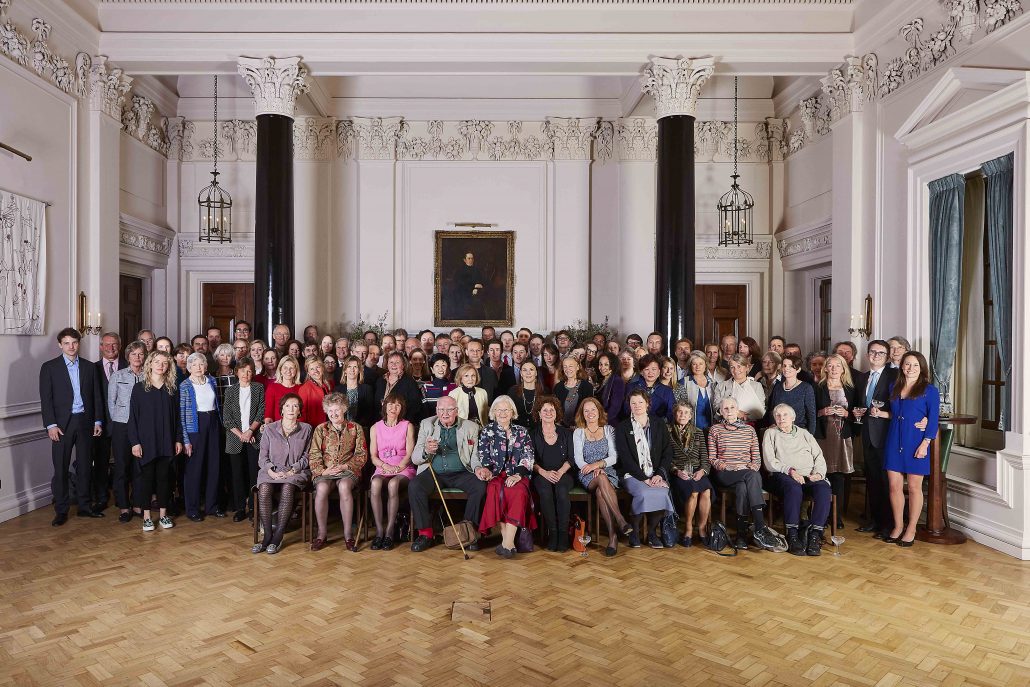 Lutyens and Lytton Families Reunited for a Lunch at The Ned, former Midland Bank HQ

The reinvention of Lutyens’s palatial Midland Bank headquarters at No 27 Poultry, near the Bank of England, as a massive luxury hotel named The Ned was the brainchild of Nick Jones, founder of Soho House. The cathedral-like Banking Hall with its rich green verdite columns has been transformed into seven restaurants open to the public, and the hotel has 252 bedrooms.

On 8 May, Managing Director Gareth Banner generously gave lunch to over 90 members of the Lutyens and Lytton families. It was a memorable event. The family party began with champagne in the Saloon on the sixth floor — a spectacular classical cube, once the directors’ luncheon room. We then moved through to the panelled Tapestry Room, formerly the boardroom, and sat down on two long tables to asparagus followed by chicken — appropriate food in The Poultry. Afterwards we were allowed to wander all over the building, and it was marvellous to see how Lutyens’s august classical temple of finance has been transformed into the coolest place in the City. Jones has brought Lutyens’s wit and design to a new generation. You can swim in a rooftop pool eyeballing the dome of St Paul’s, play hide-and-seek in the 1930’s lifts like characters in an Agatha Christie novel or drink martinis in a bar lined with over 3,000 safe-deposit boxes.

Thanksgiving Service to Celebrate the Centenary of the CWGC