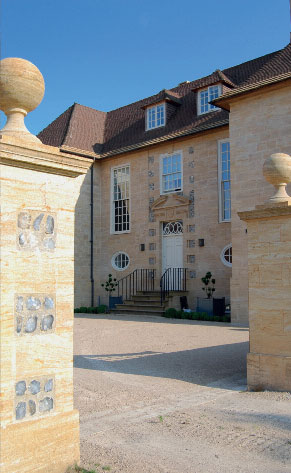 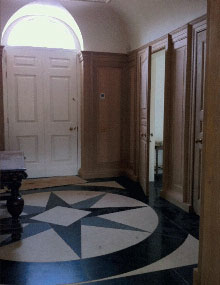 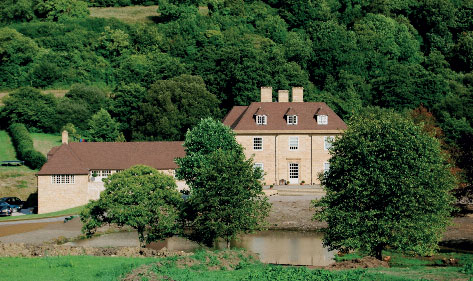 Congratulations are due to Stuart Martin — a member of The Lutyens Trust’s Events Committee — whose project Chitcombe House in Woolland, Dorset, has won a 2014 Georgian Group Architectural Award. This handsome, flint and ashlar-faced new-build — winner of the New Building in the Classical Tradition category — stands on the site of a Victorian farmhouse above which looms the chalk down of Bulbarrow Hill. Blending beautifully into the surrounding countryside, this project, designed as a family home, is not only influenced by the classical tradition but by Edwin Lutyens and Dutch architecture — aptly since the clients are Dutch. Lutyens-inspired elements, says Martin, include the front-door surround with its “Gibbsian” architrave and the entrance hall’s stone floor, which features a striking black and white star.

“We were delighted and surprised to win, especially when we saw the quality of the other entries,” says Martin. “I believe there were some 60 entries, of which 16 were shortlisted. We are especially grateful to our clients, who gave us the opportunity to build this house. As Lutyens said, ‘There will never be great architecture without great clients’!”