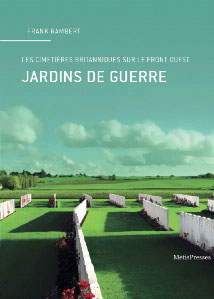 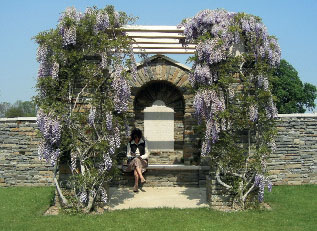 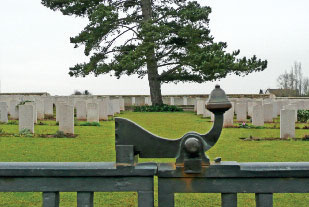 Albeit written by a French architect in French, this is a welcome addition to the corpus of recent books on Great War cemeteries. Published last year by MétisPresse, it is well researched and illustrated with many photographs — with a rather different take to those of other books — and has copious footnotes and a good bibliography. Rambert’s thesis is that these are gardens imbued with an abstract, classical architecture which — in contrast to the French — do not glorify war, and are colourfully planted and landscaped with care. The topography of the North of France and its relationship with the cemeteries is treated by the author in quite some depth.

The book opens with a detailed history of the Imperial War Graves Commission —complete with biographies of its founder Fabian Ware, Rudyard Kipling, Nevil Macready, Frederic Kenyon and the four principal architects, each accompanied by a portrait photograph — and features useful details of the work of the assistant architects, sculptors, graphic artists and garden designers, not least Gertrude Jekyll.

Another chapter opens with a significant letter from Edwin Lutyens to Lady Emily, written in France in 1917, which described his philosophy for the forthcoming task and talked of his debt to Wren and Palladio. Other sections deal with the evolution of the Great War Stone and the Cross of Sacrifice, and the sheer variety of design and materials which give the cemeteries their unique character — places of peace and memory set in their distinctive enclosures — respectful of an immense territory once ravaged by war, and since revived by farming.