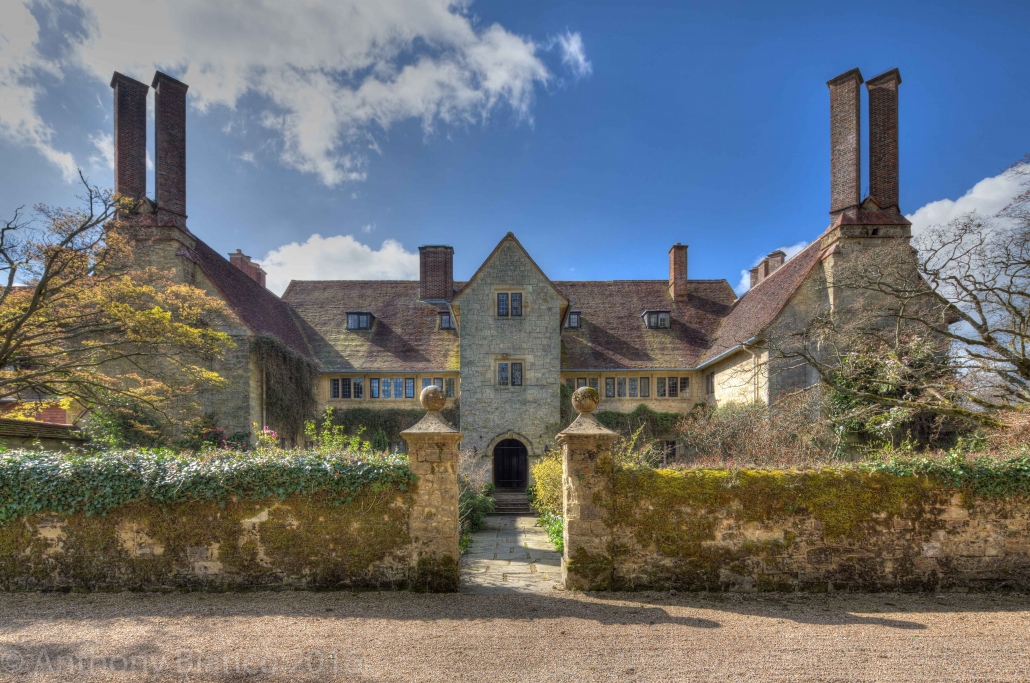 Will it be third time lucky for the sale of this beautiful Grade I-listed country house, which Edwin Lutyens called “the best of the bunch”? In The Lutyens Memorial Volumes — The Architecture of Sir Edwin Lutyens, ASG Butler described it as follows: “A long house on a gentle slope from north to south, Little Thakeham is a transcription of the local 16th-century idiom which might be described as a Classical definition of domestic Tudor architecture”. Bought by its current owners in 2000 and sensitively restored and modernised after a spell as a country-house hotel, the property first came to the market in 2013, was relaunched in 2016 and is available again now.

Little Thakeham is contemporaneous with Marsh Court in Stockbridge, Hampshire, which has a similar H plan. Its entrance is via a walled forecourt to the north into a long corridor hallway. “These elements come together with the sweet inevitability of a traditional manor house,” wrote Lutyens’s biographer Christopher Hussey. “They give the impression of certainty on the part of the architect but without that overemphasis which at Marsh Court betrays some underlying uncertainty. This is the quality which distinguishes Lutyens at his best.”

The golden local stone used on its exterior, soaring chimneys and leaded windows flush with the walls give no clue as to the pièce de résistance of the interior — an entirely Classical double-height hall. Detailed stonework lines the walls up to two-thirds of their height, there is fine wrought ironwork on the landing balcony at one end, a wide fireplace with an oversized keystone and another balcony above. Opposite, a Classical arch opens onto a double-height stone mullion bay window, providing a perfect fusion of Tudor and Neoclassical styles.

Still in Sussex but going from one extreme to the other is a fascinating piece of Lutyens’s contribution to a house to the rear of 39-40 Sussex Square in Brighton. The Sussex Square house was owned by Lady Sackville and Lutyens made internal alterations there in 1919. Part of these works was the creation of a corridor to a new area of garden to be used as an outdoor dining space. Substantial brick vaulting at lower ground level was built but the overall project was never completed. During
works in the 1930s to convert the big house into flats, a “small house” was constructed above the vault. But now this lost vault has recently been reopened and connected to the small structure during a renovation and remodelling resulting in the creation of a 2,000 sq-ft, modern, distinctive living space. On the ground floor are a hallway, study, bedroom and bathroom, while on the first floor are two bedrooms and a bathroom. In the lower-ground floor, which features the restored Lutyens vaulting, is a spectacular living space, including a kitchen and hallway. The restoration project was Highly Commended in the 2019 Sussex Heritage Trust awards.

The house came on to the market in the summer with a guide price of £1.65m and the agents, Kendrick Property Services, report that a sale has recently been agreed.

In neighbouring Surrey at Hascombe near Godalming — true Lutyens heartland — Hoe Farm House is available to rent through Hamptons at £8,500 per month. The house dates from the 16th century and was extended and remodelled in 1890 by Lutyens for Joseph Godman for whom he also designed the lodges at Park Hatch nearby. Hoe Farm House is Grade II-listed and documented as having a “Timber-framed gallery to right-hand return front links to coach house type block by Lutyens,
with gabled dormers and leaded fenestration. Interior (includes) massive braced crown post to first floor above with clever staircase fitted in around the old frame by Lutyens”. The handling of this staircase is also mentioned by Nikolaus Pevsner as having a “Delightfully intricate staircase, with two arms which meet at a half landing and then separate again”.

The house includes six bedrooms, four reception rooms, a two-bedroom annexe, gardens with tennis court, stabling and paddocks. As a side note, it was while staying at the house during the summer of 1915 that Winston Churchill first took up painting in oils as a hobby. Fittingly, reproductions of his paintings of Hoe Farm House hang in the art collection of nearby Godalming Museum.