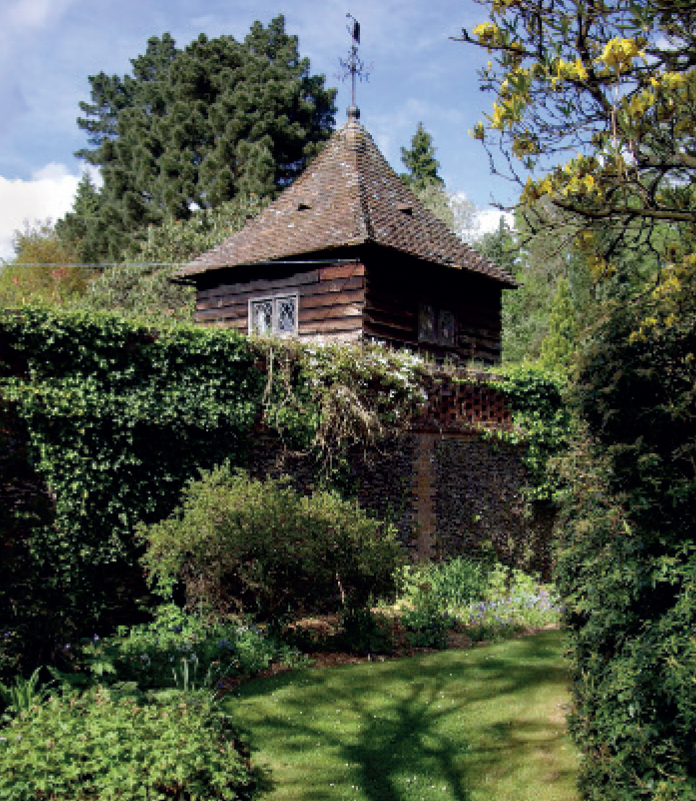 Loan of Lutyens Letters and Watercolours to Godalming Museum

A reception was held at Godalming Museum in Surrey on Saturday, 8 October to celebrate the loan to it by The Lutyens Trust of two letters and two watercolour sketches by Edwin Lutyens. Alan Bott, Chairman of the museum, welcomed visitors, including the Mayor of Godalming, Mayor of Waverley and Martin Lutyens, Chairman of The Lutyens Trust. Martin related how Lutyens had taught himself to draw as a boy in Surrey before studying at the South Kensington School of Art and while working for the successful architectural practice of Sir Ernest George and Peto. He also described how the loan came about.

Afterwards Alison Pattison, the museum’s curator, explained the importance of this loan. The museum devotes most of a room to Lutyens and to Gertrude Jekyll, the garden designer with whom he collaborated so successfully. On display are sketches, notebooks and drawings by these distinguished individuals. The aforementioned letters were sent to Harry Mangles and his sister, Clara. It was at Harry’s house — Littleworth Cross near Seale, Surrey — that Lutyens and Jekyll first met. The loaned sketches are of a “proposed cottage for Miss Mangles” and a small garden building for Harry Mangles himself.

The museum also has an extensive reference library of material relating to Lutyens and Jekyll, which is visited by scholars and members of the public keen to learn more about his work. And now on view, too — courtesy of The Lutyens Trust and looking very much at home between sketchbooks by Edwin of Fulbrook House and by Jekyll of her landscapes of Algiers, where she travelled to — are these delightful sketches and letters.