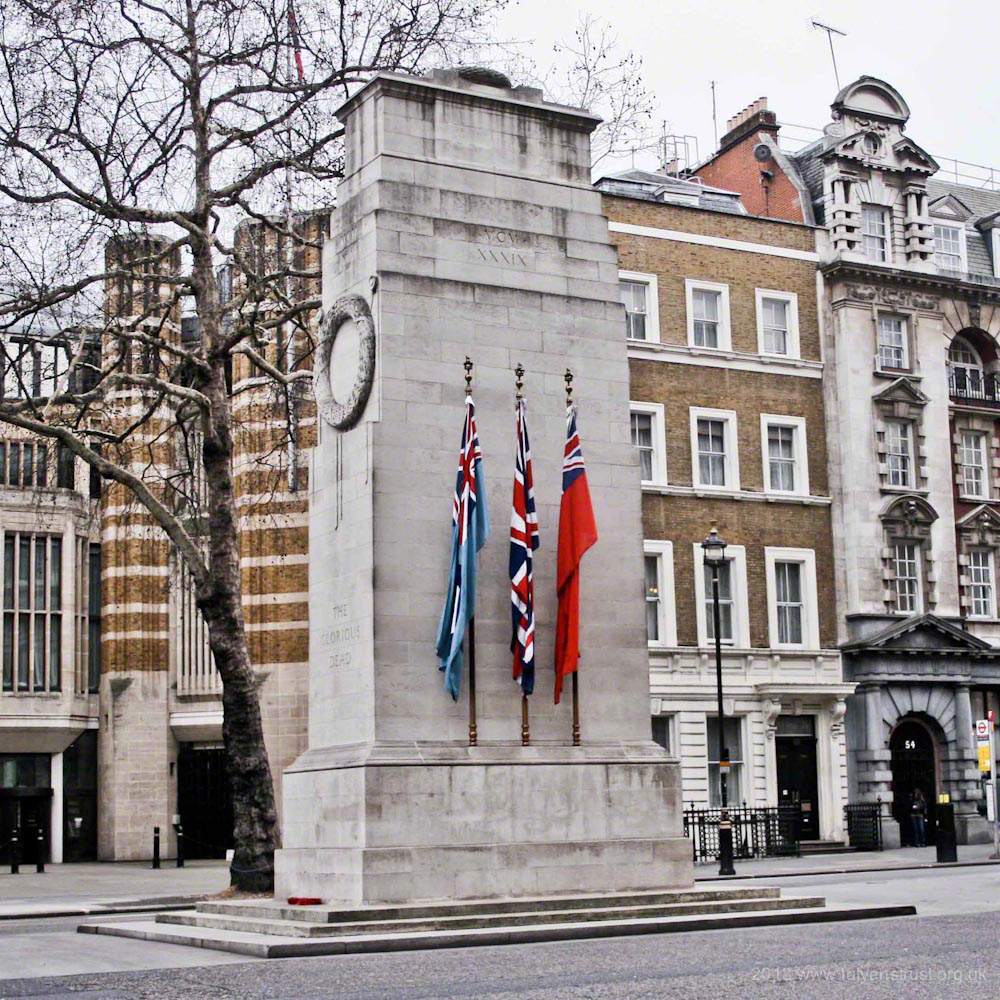 Here is a summary of the talks.

30th Nov – Prof. Lucy Noakes – The Emotion of the Commemorations of WWII

6pm on Tuesdays from 21st September

November 2021 marks the 101st anniversary of the permanent Cenotaph at Whitehall. The Cenotaph was first designed and prepared as a temporary wood and plaster structure for use as a saluting base in Whitehall during the First World War Victory Parade, held on the 19th July 1919. To mark this occasion the Trust is holding a series of Zoom talks on the history of memorial design through the ages, its social context and the work of other memorial designers. The Lutyens Trust America will also be hosting a webinar on Thursday 11th November (Armistace Day) on Lutyens’s grand Memorial to the Missing of the Somme, Thiepval.

The first of these talks will be given by Dr Stefan Goebel on Tues 21st September on the topic of The Memorialisation of the Two World Wars. This will be followed on Tues 28th September by Dr Roger Bowdler on Lutyens Memorials in the Edwardian Context.

Tickets will be available for all 8 talks below .

All talks will be streamed live. Links to the recording will be available afterwards for any ticketholders that miss the live event.

Please scroll down to see find out more about the lectures and to book. This page will be updated regularly so do keep checking. 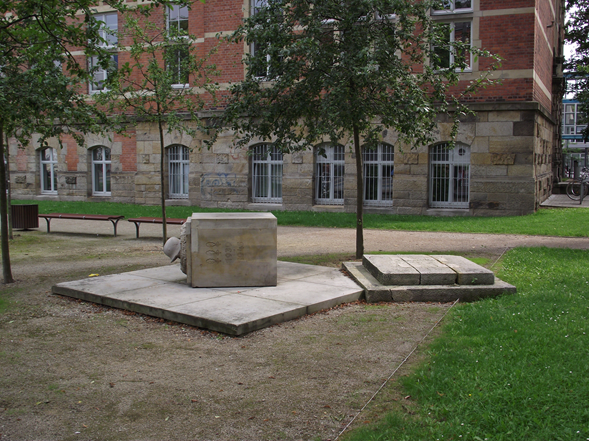 From Remembrance to Forgetting? Great War memorials after the Second World War

Drawing on British and German examples, this talk explores the fate of First World War memorials (and cemeteries) in the aftermath of the Second World War. How did the new conflict impact the meaning of the surviving war memorials from the Great War? While in Britain there is (seemingly) significant continuity across the rupture of 1945, the (West) German case offers a contrasting example: here war cemeteries were dissolved or transplanted and war memorials redesigned and reinterpreted.

Stefan Goebel is Director of the Centre for the History of War, Media and Society at the University of Kent: https://www.kent.ac.uk/history/people/393/goebel-stefan 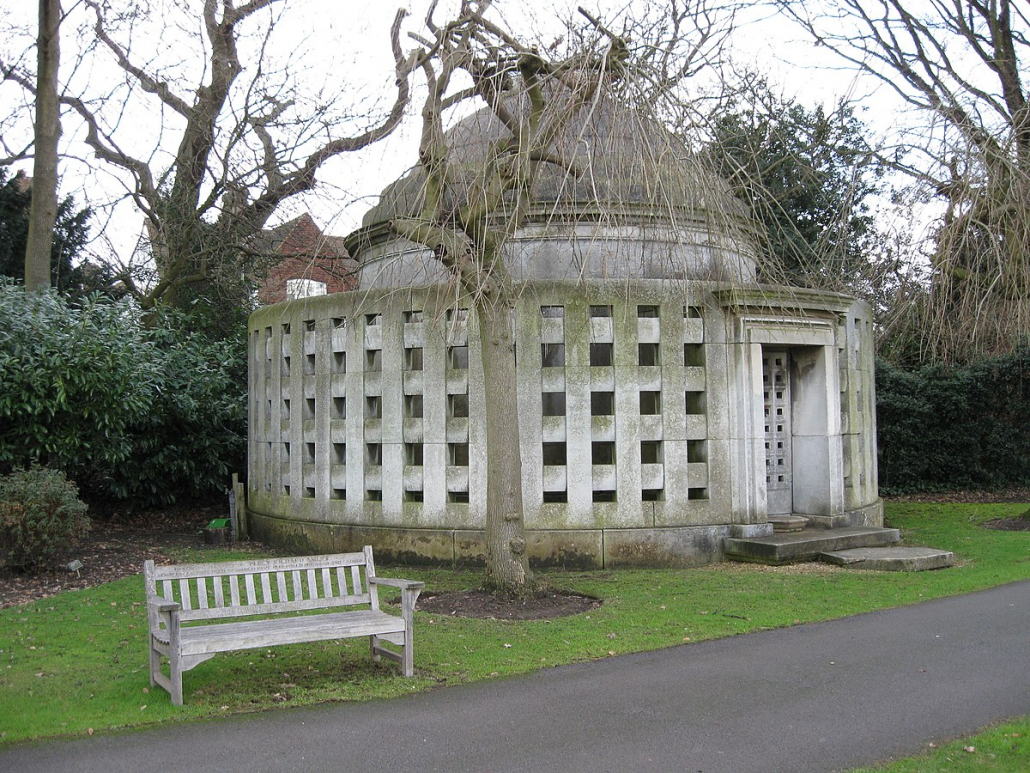 Lutyens Memorials in the Edwardian Context

Where did Lutyens’s war memorials come from? This talk looks at Edwardian monuments, by Lutyens and others, and seeks to identify some of the salient rends in funerary architecture in the period leading up to the outbreak of war. Particular attention will be paid to the Grade II* Philipson Mausoleum in Golders Green Crematorium, a circular structure with strong Indian influences, and to the Horner monuments at Mells, Somerset.

Roger Bowdler is a partner at Montagu Evans, working as a heritage consultant. He was Director of Listing at English Heritage/Historic England and has published extensively on funerary architecture. He is working on a book on British cemeteries 1820-2020, co-written with Brent Elliott, for Liverpool University Press. 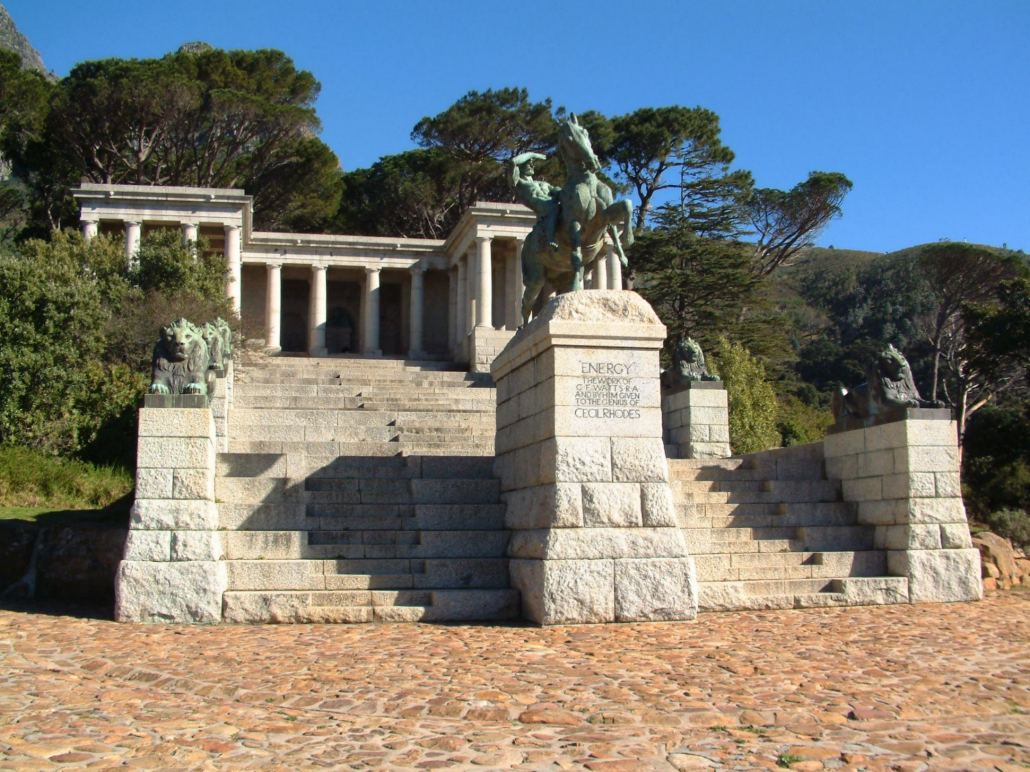 John Stewart and Michael Baker will explore the approach to monument design of Sir Herbert Baker and consider his completed works throughout the former British Empire, the Fields of Flanders and at home.

Sir Herbert Baker was one of the foremost British architects of the late nineteenth and early twentieth centuries. He had a lifelong relationship with Sir Edwin Lutyens following their early years together in the office of Ernest George before being appointed as Lutyens equal partner in New Delhi and as one of the three Principal Architects of the then Imperial War Graves Commission. In the late 1890’s he established what became the most successful architectural practice in South Africa where he worked for and befriended Cecil Rhodes before moving to London where he built another new practice which by the 1920’s was the largest in the country. His buildings include the Union Buildings in Pretoria, the Secretariats and Parliament Building in New Delhi, India House, South Africa House and Church House in London as well as the rebuilding of The Bank of England. He was the designer of numerous monuments throughout his career which will be the subject of this talk.

John Stewart is an architect, architectural historian and author and a Fellow of both the Royal Society of Arts and the Royal Institute of British Architects. Prior to his retirement from practice he was the leader of one of the UK’s largest multi-disciplinary architectural teams which specialised in major public projects. Since retiring he has written five books on architectural history, the latest of which – the first full biography of Sir Herbert Baker – is due to be published later this year.

Michael Baker is a retired electrical engineer who has had a lifelong interest in his grandfather’s work since exploring Sir Herbert’s churches and houses in South Africa in the 1960s.  Since retirement, he has explored Baker family history. 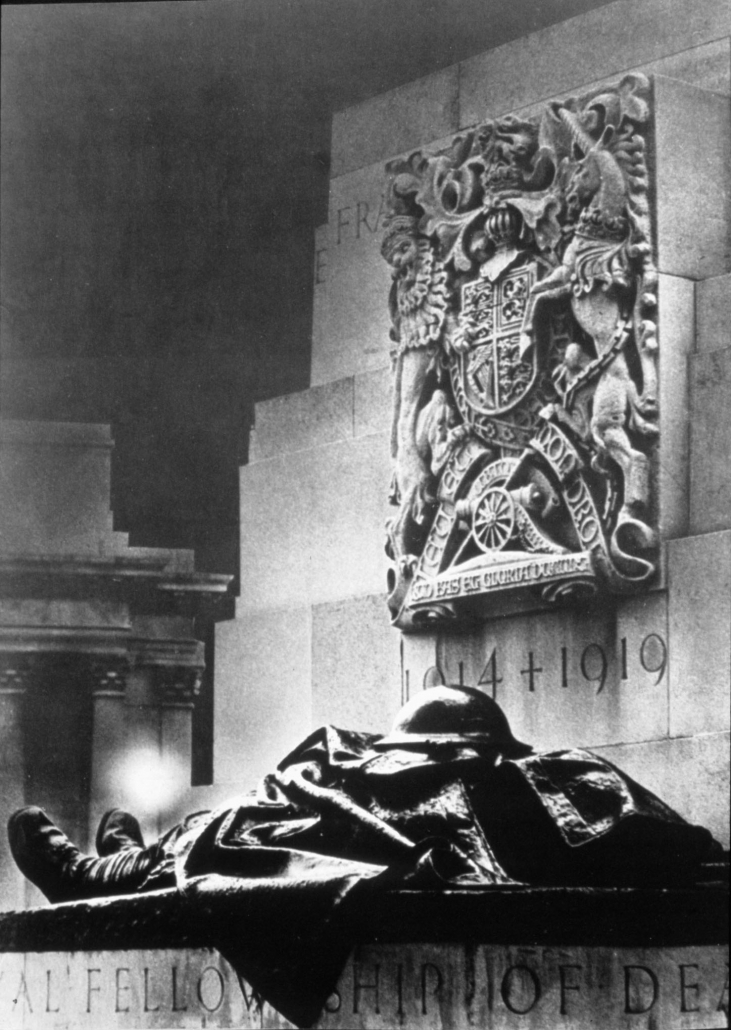 The Memorials of Sergeant Jagger

‘There is no mistaking a giant howitzer’: the Royal Artillery War Memorial and the work of the veteran as sculptor.

The Royal Artillery War Memorial at Hyde Park Corner, London, is one of the most arresting and powerful memorials anywhere in the world. Designed and executed by Charles Sargeant Jagger, the memorial was an expression of his own war service and deep-felt admiration for the qualities shown by the British army throughout the conflict. This talk will explore Sargeant Jagger’s work as well as other sculptors who served on the Western Front showing how their direct knowledge of the battlefield ensured a series of distinctive memorials. Although the memorials acknowledged death and sacrifice, these amazing works also saluted the British soldier by acknowledging their endurance, fortitude, and stoicism.

Professor Connelly was drawn into his History anorak lifestyle when, as a small boy, he became fascinated by ladybird history books. For him, the subject of History was all about castles, knights, Airfix kits (constructed with incredibly little skill and amazing amounts of glue) and Action Man Scorpion tanks.

This obsession has been taken into adulthood and he now combines his interest in films, television and visual images with his interest in military history, this is reflected in many of his publications. Not content with keeping his interests to himself he now shares his passion for history with others, most notably his students and his family. As a result, he claims that his wife is now adept at spotting a Commonwealth War Graves Commission headstone or a war memorial in a misty churchyard from quite some distance away. 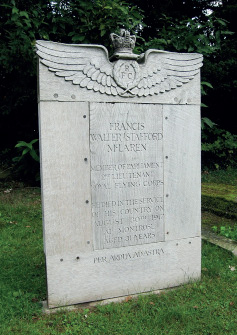 In Memoriam – The Graves and Memorials of Sir Edwin Lutyens

Although some of the various graves and memorials designed by Sir Edwin Lutyens have been recorded, they appear as a footnote alongside his more well-known work and, as a consequence, have been little researched and rarely illustrated.  And yet, numerically, they comprise a significant part of the architect’s output and the people that they commemorate represent a cross-section of the society of which Lutyens was a key member.

The architect’s work in this area covers a variety of styles, from simple stone slabs and chest tombs to fountains, entrance gates and statues and spans the globe from New York to Melbourne.  Throughout all the subtle hand of Lutyens is always present and, as a collection, they form a fascinating and integral part of his oeuvre that deserves to be more widely known, appreciated and understood.

Tim Skelton has been interested in the work of Lutyens since a visit to Castle Drogo on a wet afternoon in the 1980s. He is particularly interested in the architect’s lesser-known works which led, in 2008, to the publication of “Lutyens and The Great War” (co-written with Gerald Gliddon) which was the first in-depth look at his work in connection with World War 1.  Tim’s investigations into Lutyens’s private memorials is a natural continuation of this work. 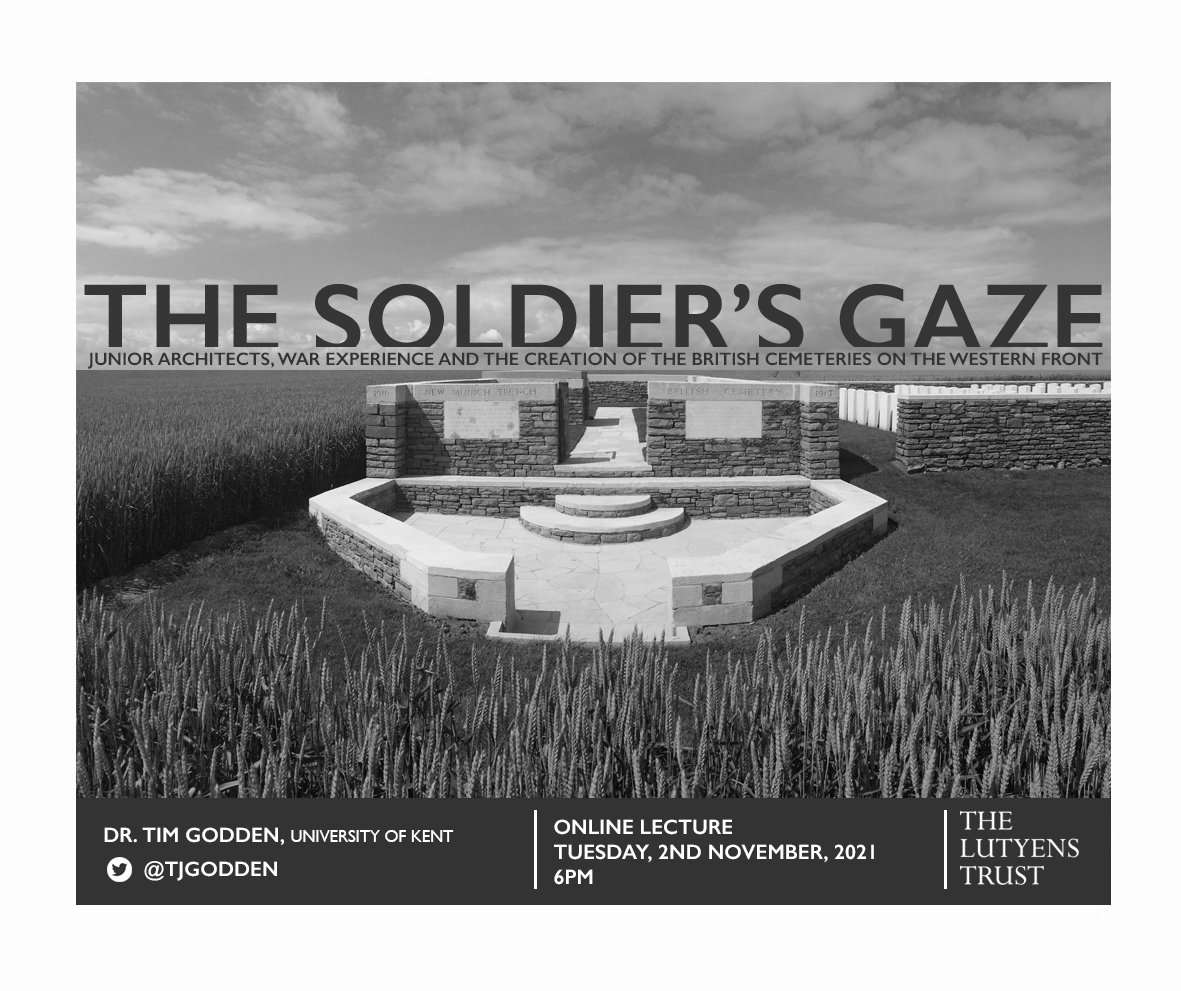 The Soldier’s Gaze: Junior Architects, War Experience and the Creation of the British War Cemeteries on the Western Front

The traditional view of the cemeteries of the Commonwealth War Graves Commission is one that focuses on the broader architectural language developed by the Principal Architects. It has imagined the architectural intervention in the landscapes of the old Western Front as one that considered only the selection and placement of predesigned elements into sites selected out of the carnage of war. This talk will present an alternative perspective that focuses on the Junior Architects of the Commission. It will show how their war experiences shaped the way they interpreted the architectural language to create a much more nuanced, spatial memorial to the landscapes and experience of the First World War.

Dr Tim Godden completed his PhD in Architecture at the Kent School of Architecture in 2019. His research has looked at the role of the Junior Architects in the creation of the British war cemeteries on the old Western Front, as well as other elements of postwar pilgrimage. He helped to establish The Returned From The Front project which mapped and surveyed the remaining original grave markers returned from the pre architecturally treated cemeteries. In addition to his academic studies, Tim is an internationally exhibited artist and illustrator. 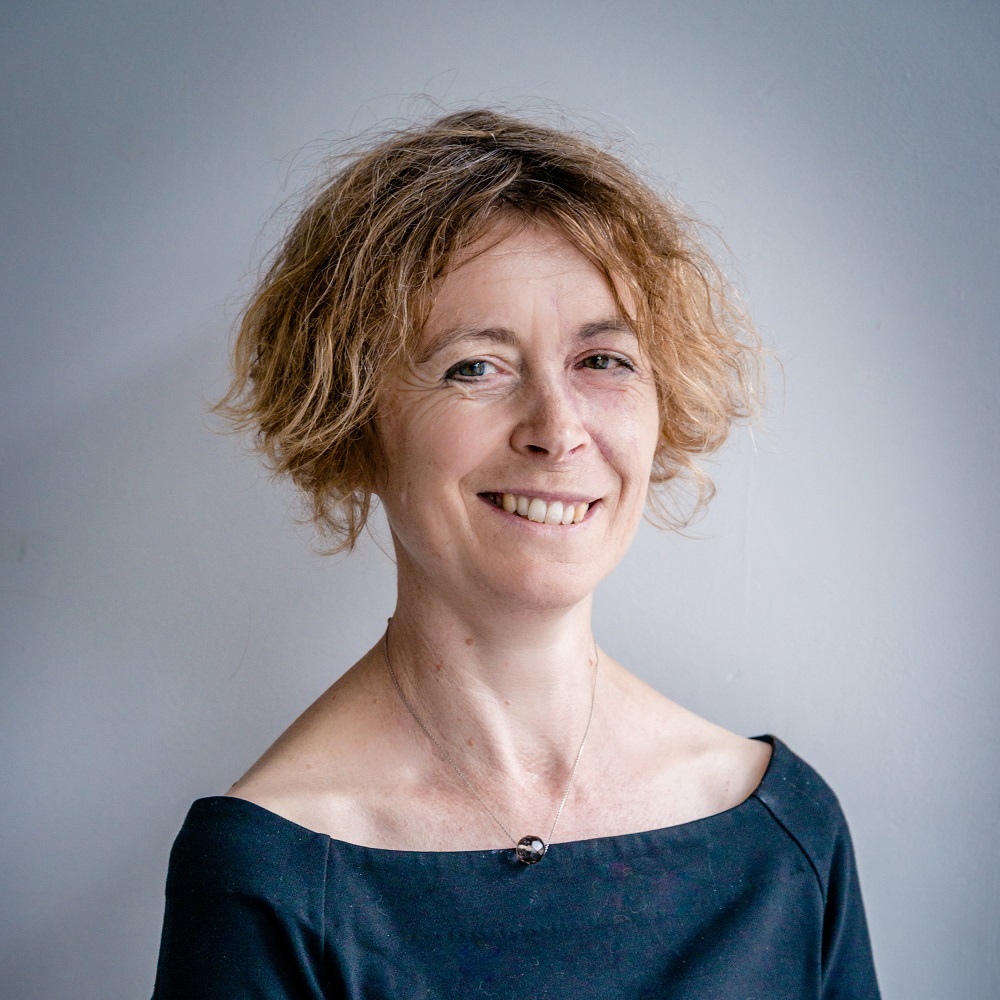 ‘No More Useless Lumps of Stone’: Mass Observers and changing attitudes to memorialisation in 1940s Britain

In 1944 Britain began to consider how it would commemorate the Second World War, and memorialise the dead of that war.  Looking at debates in the House of Lords, the work of the War memorials Advisory Committee, and responses to the social survey organisation Mass Observation’s request for views on how the war dead should be commemorated, this talk discusses the support for ‘living memorials’, and the desire to avoid replicating the stone memorials that marked the dead of the Great War.

Lucy Noakes is Professor of Modern History at the University of Essex, where she holds the Rab Butler Chair in History.  Her work focuses on the two ‘total wars’ of the 20th century and her most recent book is ‘Dying for the Nation. Death, Grief and Bereavement in Second World War Britain” (Manchester University Press, 2020).

Lecture: The Story of the Country House – Clive Aslet