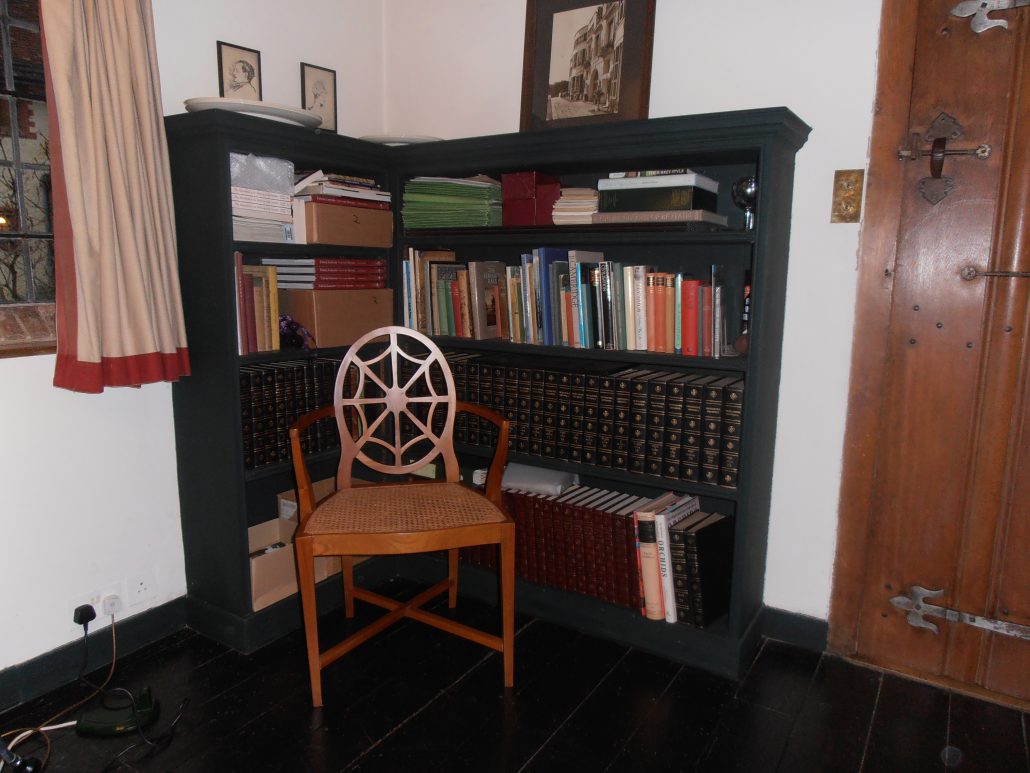 One of three remaining “full height” bookcases which were not cut down, in the current painted finish. 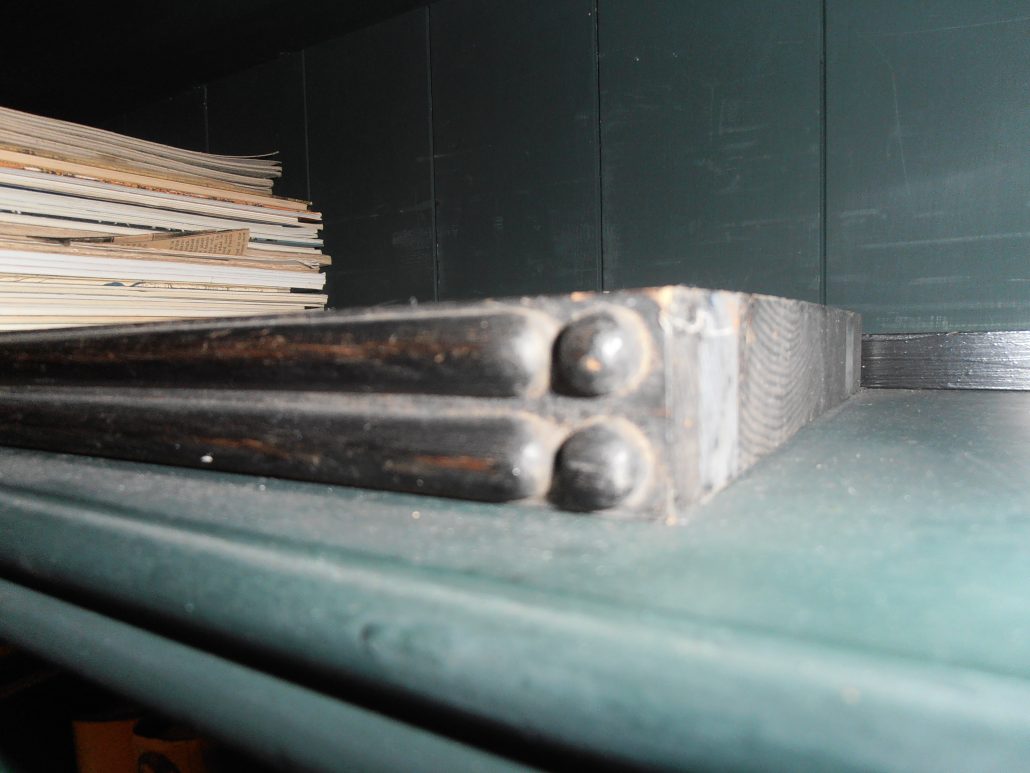 An example of the original black stain. This shelf was left unpainted when the bookcase it belonged to was cut down, and turned into a low-level cupboard.

This appeal arose from the need to find room at Goddards to house the archive, which the late author and Lutyens Trust member Michael Hanson had left to it. It was his wish that Goddards’ library should be the permanent home for these. The appeal’s objective was to raise funds for restoring its Lutyens-designed bookcases to create space for Michael’s legacy.

We ran the appeal through The Big Give (a platform for charitable fundraising founded by Sir Alec Reed CBE). The result was a notable success, with over 40 individual donations, including two of £1,000. The Dr Mortimer and Theresa Sackler Foundation and The Reed Foundation each donated £1,250, providing a “matching fund” of £2,500. The total raised, including Gift Aid, amounted to some £10,000. An unexpected bonus was that The Big Give nominated The Lutyens Trust as winner of a prize of £1,000 for the most successful campaign in the “Small Charities” category of their Christmas Challenge competition.

The Trustees are immensely grateful for the generosity of all our donors. A special thank you is also due to Rebecca Lilley for handling our application to The Big Give and all related administration.

We have started work on the library, following several site meetings involving architect-members Ashley Courtney, Michael Edwards and others. Ashley has produced detailed drawings (at his own expense), and we have appointed a suitable expert in joinery restoration to carry out the work, which will start shortly.

Initial investigation showed that the bookcases (which are painted at present) were originally finished in a smart black stain. One aspect of the restoration will be to establish whether it is possible to restore this finish to all the bookcases. If it is, we think Sir Edwin would approve.

While the project was being planned and fundraising carried out, Michael Hanson’s family were at work packing his books and papers, and recently helped us move the archive boxes to Goddards, where they are now safely stored.

A further progress report will follow in the Summer newsletter. In the meantime, thank you again to all who are helping to make this project possible.

Review of Two Volumes from a New “Encyclopedia” on the Rashtrapati...