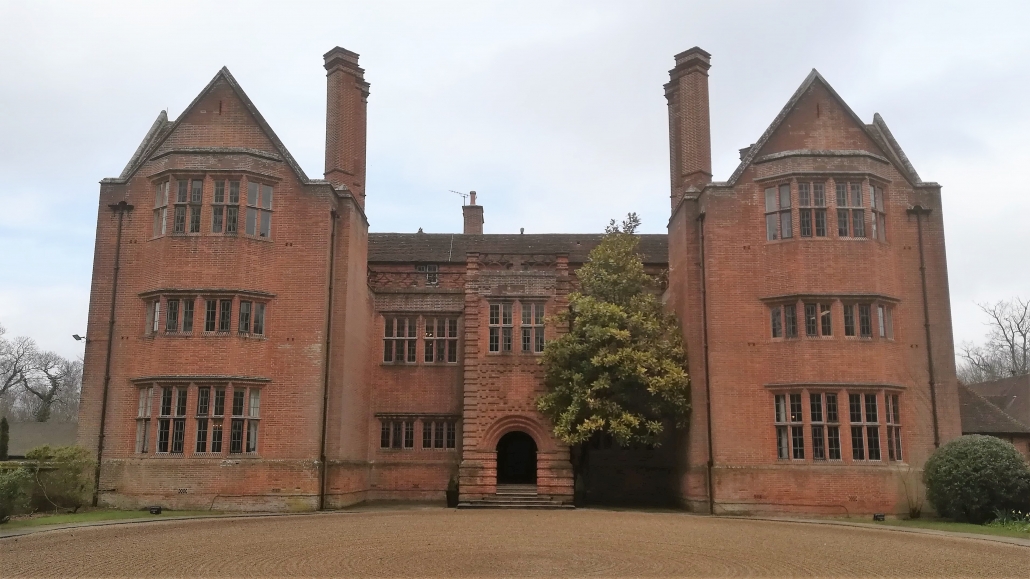 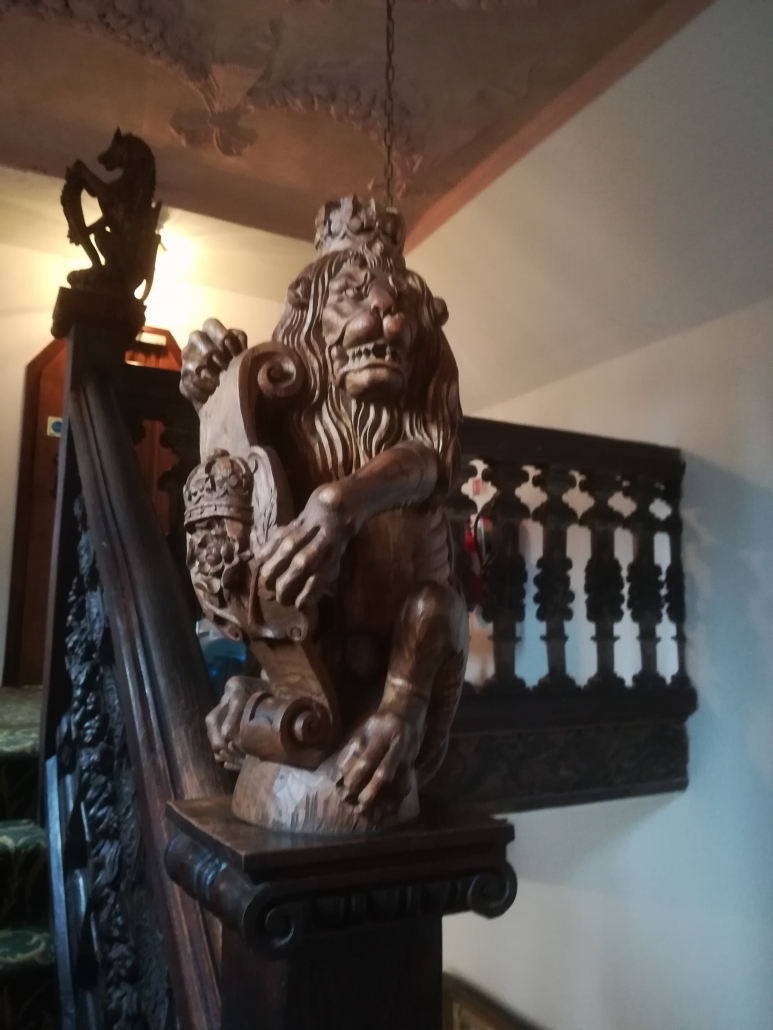 In a change from our usual venue and thanks to the generosity of the management of New Place Hotel, this year’s study day will take place in the beautiful setting of Lutyens’s New Place. Now a hotel, New Place was designed by Sir Edwin Lutyens in 1904 and presents a stunning example of Lutyens’s use of specially made bespoke bricks.

Members will be served coffee upon arrival before sitting down to a talk on Lutyens work in bricks. Our lecturers will be finalised shortly, at which time this page will be updated.

After a buffet lunch (with wine) members will be treated to a guided tour of this wonderful venue, including the gardens. Full details with timings will be added shortly.

For postal applications please send a SAE and a cheque for £55 made payable to “The Lutyens Trust” to Rebecca Lilley, Trust Secretary, Danewood, Crundale, Canterbury, Kent CT4 7EF.

In 1904 Mrs.A.S.Franklyn of Shedfield Lodge commissioned Sir Edwin Lutyens to design a house firstly to incorporate the magnificent interior of an early 17th century mansion in Bristol scheduled for demolition which she had inherited and secondly to perpetuate the name of Shakespeare’s house in Stratford called New Place with which the Franklyn’s were connected through the Arden family branch of Shakespeare’s mother Mary Arden.

The Langton mansion in Bristol was built in 1623 for John Langton a highly respected wealthy merchant who became mayor of Bristol in1628 (thus in directly the foundations of New Place, Shirrell Heath, were laid.)

The interior was a fine example of the skill and craftsmanship in sculpture and wood carving which existed in that era but 1779 saw the decline of the Langton mansion when it was converted into a tobacco factory remaining as such until 1906 when it was demolished. Mrs.Franklyn salvaged the whole interior. The ceilings and panelling were removed in numbered sections and together with the inlaid mahogany door, staircase, balusters, ceilings and fireplaces, were transported by rail to Wickham and from there to Shirrell Heath by horse and wagon.

The Bristol Room is the most magnificent for it contains all the fittings from John Langton’s state rooms. The Lutyens Bar and Franklyn rooms also contain original ceilings, fireplaces and panelling from Bristol. The dining room ceiling is also original. New Place was ready for occupation in 1908 and Mrs. Franklyn gave it to her son, Captain Henry Arden Franklyn, as a wedding present.

New Place was sold in 1956 to Mr Patrick Harley for £12,000. Mr Harley ran New Place as a boy’s preparatory school, with seven boys. He remained Headmaster, teaching Latin and Maths for the following ten years when he sold the school to Mr.& Mrs P.A Deane as a flourishing prep school of seventy boys aged seven to thirteen.

The school closed in July 1978 and New Place and the grounds were purchased by the Simpact Company and run as a conference centre. In 1979 the first bedroom block was built and in 1980, the second. The centre was also used for weddings and dinner parties.

Now the Legacy Hotel Group are planning to reinstate the original layout of the upper floors of the building and to restore and/or reinstate many of the Lutyens features such as fireplaces, doors and window details. The Lutyens building will hold the bridal bedroom suites for weddings, whilst the existing bedroom blocks in the grounds will be refurbished for all the guests to enjoy.