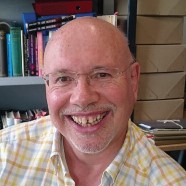 A Tribute to John Entwisle

Thomson Reuters’s website has announced the news of the passing of John Entwisle, the company’s corporate historian from 1985 until 2017. His stewardship of its archive was guided by his love for its history and care for its legacy. He was considered by colleagues and media professionals alike to be the foremost authority on Reuters’s history.

John also happened to play an important part in Edwin Lutyens’s legacy: he was responsible for rescuing the imposing clock-cum-letterbox, designed by Lutyens to stand in the entrance lobby of 85 Fleet Street, his last commercial building, designed as the headquarters of Reuters and The Press Association. John warned The Lutyens Trust that Reuters had (inexcusably) removed the clock-cum-letterbox and that it was languishing in a distant warehouse. John arranged for it to be transferred to the ownership of The Lutyens Trust, which then, luckily, was able to agree with Sir Terence Conran that he would meet the cost of necessary restoration before installing this unique piece in the entrance to his newly opened Lutyens Restaurant at 85 Fleet Street. So it is thanks to John that it stands once again in the building for which it was designed — though sadly not in the original entrance lobby, which is now permanently closed.