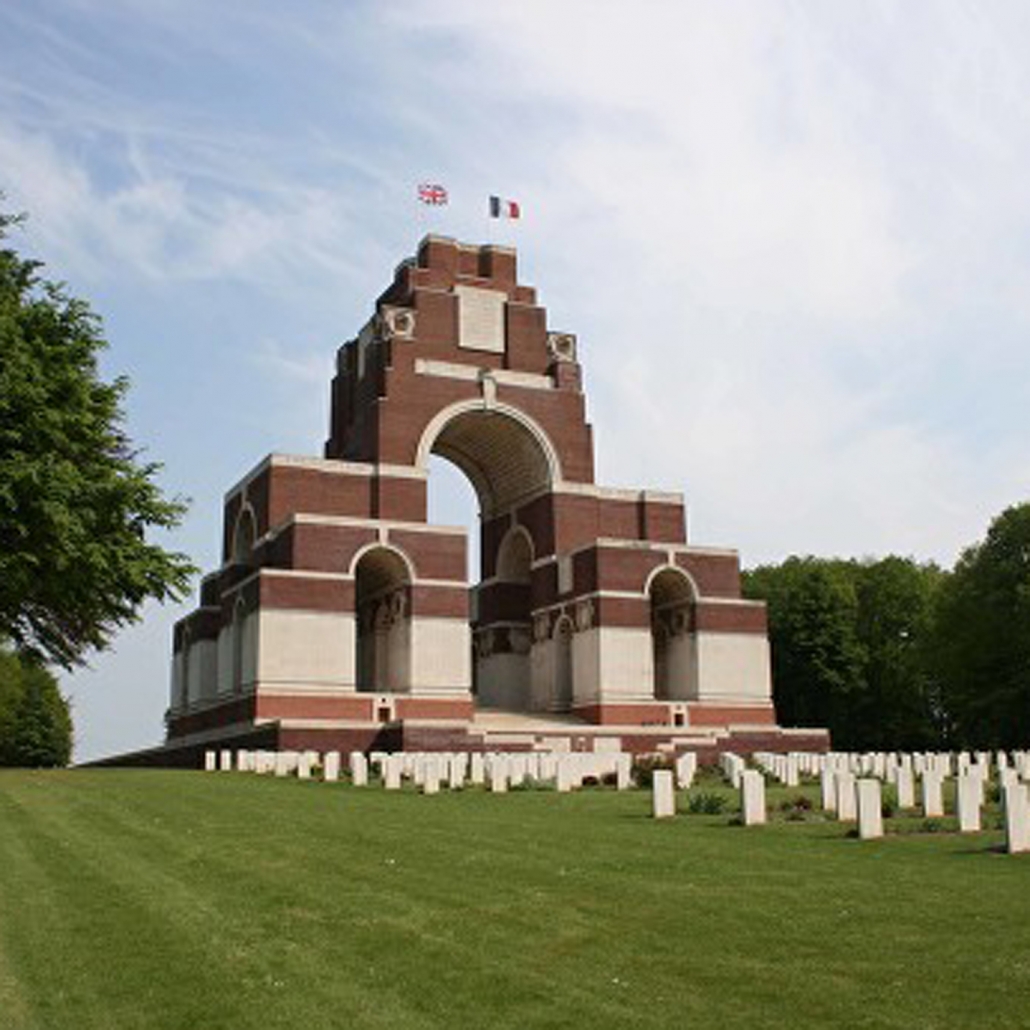 On 21 June this year — a suitably warm, sunny summer solstice — the annual Franco-British committee meeting took place at Thiepval, conducted by Laurent Somon, President of the Conseil Départemental of the Somme, and Lieutenant-Colonel Dominic Hancock, Chief of Defence Staff based at the British Embassy in Paris. Also present were Hervé François, Director of the Historial museum at Péronne and in overall charge of the Thiepval Visitor Centre and its museum; Alain Petitjean, Deputy General Manager of the Conseil Départemental of the Somme; and Vincent Laude in day-to-day-charge of the Thiepval Visitor Centre. It was announced that Alain, a key figure in the creation of the Visitor Centre on the French side, was about to retire — he will be sorely missed. The British contingent included Sir Frank Sanderson and Colonel Piers Storie-Pugh, who, in 1999, conceived the idea of the Visitor Centre, which opened in 2004 as well as representatives of the CWGC’s French office, the Imperial War Museum and the British Legion.

It was reported that visitor numbers were down; various possible reasons for this were put forward, from the First World War commemorations having come to an end and competition from the Australian Visitor Centre at Villers-Bretonneux to the recent Second World War commemorations held in Normandy. That said, the car park was full on the day the meeting took place — we noticed two full coaches from Ulster and Belgium. However, some visitors are apparently put off visiting because they are under the impression that the Visitor Centre and Memorial charge admission fees. In view of this, I myself strongly urged that a new notice be attached to the Centre’s entrance stating that admission to both places is free.

The meeting took place in nearby Potié in a house acquired by the Département of the Somme, which is now a smart tearoom called Le Cottage Geneviève et Auguste, which offers excellent meals and is run by the owners of the legendary Auberge de la Vallée d’Ancre at Authuille. We were also given a tour of the Jardins de la Paix in the Potié woods, landscaped by English and Welsh designers, after which we convened at the tearoom which served champagne and hors d’oeuvres. This was followed by the delicious lunch the Auberge de la Vallée d’Ancre is renowned for, during which we were interested to hear Dominic reveal that funds have been raised to create a visitor centre near Arromanches to commemorate the British Normandy Landings of 1944.