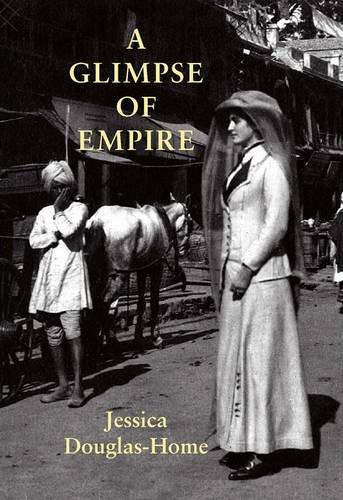 A Glimpse of Empire

The Hon. Lilah Wingfield was born in 1888, the fifth child of Lady Julia Coke at the late age of 44 and Mervyn Wingfield, 7th Viscount Powerscourt (1836-1904); she was also the grand-daughter of the Earl of Leicester. Her childhood was spent at Powerscourt in Ireland and her summer holidays at Holkham Hall in Norfolk. Her aristocratic heritage was grand. At Powerscourt she was brought up by a devoted nanny and thought by her English Coke aunts to be running wild, but she loved her independent Irish life which was brought to an untimely end when her father died in 1904. Her mother swiftly left Powerscourt and bought a house in Harley Street and in 1906 Lilah ‘came out’. But four years on this independently minded girl had not followed the conventional path and made a suitable marriage. An advertisement promoting a train company serving the Royal Durbar in Delhi, which was to be held in late November 1911 caught her eye and with the help of an older relative, Judy Smith, she persuaded her elderly mother to allow her to travel to India. It is her granddaughter, Jessica Douglas-Home, who has published her diaries and photographs of her journey and account of the Durbar which tell us so graphically of the world which Edwin Lutyens would enter in 1912; the voyage to India, the rail journey from Bombay to Old Delhi, the local landscape and the arrangements for the Royal Durbar.

Lilah’s gold-embossed invitation to the Durbar to which she was entitled as the daughter of a Viscount arrived in September 1911. Fully chaperoned by Mrs. Smith and accompanied by Sylvia Brooke and Arthur Brodrick, a middle aged family friend with Indian connections they set off, joining the P&O liner Maloja on 14th November at Marseilles, the King and Queen Mary having departed on 3rd November. The beautiful but unconventional Lilah attracted the attention of men from the beginning, but marriage was not her ambition; in preparation she had read widely on India and meeting the young Maharaja of Jodhpur and his suite on the Maloja developed a deep interest in Indian life. Her diary and contemporary photographs are a record of social life on board and her arrival in Bombay, just as Lutyens would have experienced when he embarked at Marseilles on 1st April, 1912 and on his many subsequent journeys on P&O liners.

The journey from Bombay to Delhi took two days and two nights in segregated compartments, the young women accompanied now by local ayahs. Lilah was totally overcome by the biblical landscape and teeming Indian life. On arrival they made an eight mile journey in a tonga through Delhi ‘a small entirely native place, not a big cosmopolitan city like Bombay’ to the Tented City which had been erected for the Durbar on the Ridge north of Delhi which had been the site of the 1857 Mutiny, and it was there the party lived in tents under the protection of the 10th Royal Hussars for a fortnight. The Durbar was held on the plain to the east. This encampment Lutyens missed but it was in this area north of Old Delhi that the temporary imperial capital was built, which Lutyens would have known and the Lutyens Trust visited in 2007. Life was a social whirl of riding, polo and entertainment by both Indian princes (whom Lilah preferred) and British aristocrats. At the Indore ball the Maharaja had a long conversation with her saying ‘he could not understand that the Maharaja of Mysore preferred to stay in Maiden’s Hotel in Delhi, (which is where Lutyens chose to stay on his first visit) rather than his own tent.’ Lilah also explored Old Delhi – walking the length of Chandni Chowk, where she shopped. A beautiful photograph records a very properly dressed and veiled young woman there.

Lilah’s accounts of the State Entry, the Durbar and the presentation of the Emperor and Empress at the Red Fort are graphic, recording not only the events but also the personalities involved and political tensions. The Indians were disappointed in the rather diminutive King on a small horse; Queen Mary was taller and with her jewels stole the show. Lord Hardinge of Penshurst, the Viceroy, trying to maintain imperial authority which was already challenged by the Indian independence movement, was the moving force as Lutyens was to find out later. At the Durbar, the native Princes, led by the Nizam of Hyderabad, paid homage, but consternation was caused by the Gaekwar of Baroda, one of the most enlightened native princes, but too independent for Hardinge. The Gaekwar turned his back on the King after making his obeisance which was seen as lese-majesty. Lutyens was to design both Baroda House and Hyderabad House in New Delhi. It was at the end of the ceremonies that the transfer of India’s capital to Delhi from Calcutta was announced which was to cause a good deal of political disquiet. All these nuances Lutyens would have to deal with later.

Not only does Lilah describe attending the dress rehearsal for the presentation at the Red Fort but she also attended the event which began as a garden party before the King and Queen donned their state robes to show themselves from a balcony on the battlements of the Red Fort to the Indian population. For people familiar with Shajahanabad and New Delhi today it is difficult to envisage the Red Fort and the Friday Mosque without modern tarmac roads encircling them. Two days later the King laid the foundation stones for the new city on the site north of Old Delhi and later they were moved to Raisina Hill to the south west which was the final site of New Delhi. On 17th December Lilah left to tour India, the tented city was dismantled in a week, and all that remains today is the bleak Coronation Park with the statue of George V by Charles Sargeant Jagger which once stood in Princes’ Place.

Jessica Douglas-Home has included a map of Lilah’s travels in India, north west to Peshawar, south east to Benares, then to Agra and Jaipur and south to Colombo where she boarded a P&O liner for home. It was on the return journey that she met Annie Besant, President of the Theosophical Society who joined the liner at Aden. Yet another link to the Lutyens family! They arrived back in London in early February 1912. For Lilah it had been an experience of a lifetime, she had been completely enraptured by India and its people but she never returned. She finally married; on her return a Conservative MP, Clive Morrison-Bell was, not surprisingly, totally captivated by her and followed her to Powerscourt to propose!

This is a delightful memoir of her grandmother’s travels in India and has been very skilfully presented by Jessica Douglas Home with much information about the social and political background woven into Lilah’s story, which makes very evocative reading for those interested in Delhi.