Barham Court with Lutyens addition on the right 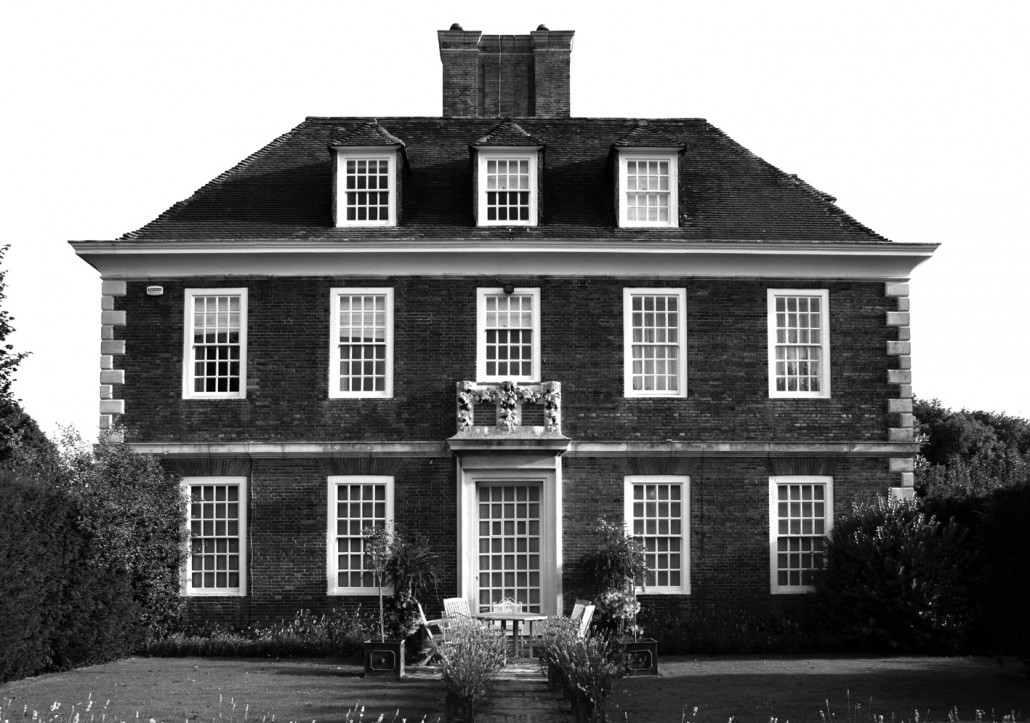 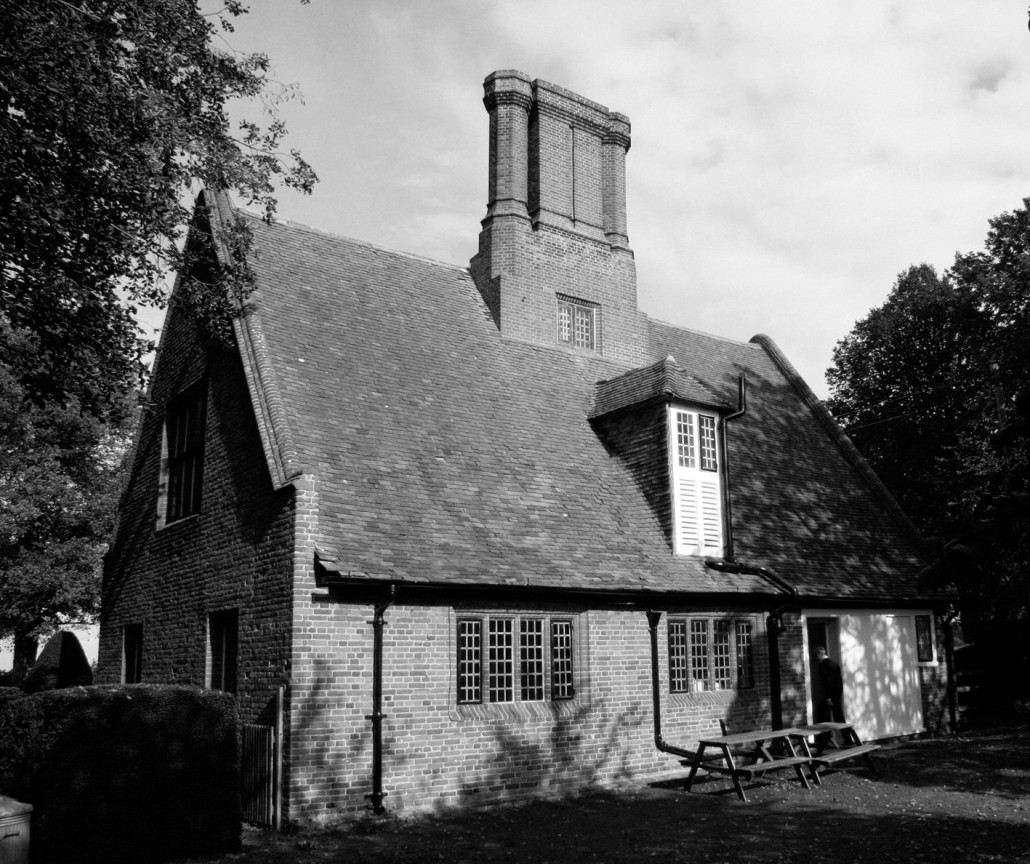 Tour of Houses in East Kent

A memorable day commenced in wet and windy conditions at Barham Court, to begin a study tour of properties on which Edwin Lutyens worked during the period 1911 to 1912. Lutyens decided to use brick for all the houses as East Kent lacks good building stone, and all the high quality work which we were to see bears the hallmark of Lutyens at his peak as an architect.

Barham Court is situated between the church and the road. Lutyens was given the task of creating an entrance on the road which would not reveal the existing C18 fronted house to passers-by. He surmounted the many problems with brilliant ingenuity by developing a short passage on the side of the house to a new front door set in a concave wall, and placed steeply roofed pavilions on each side with large chimneystacks. There are no windows on this austere curved front wall which gives an impression of great strength, but none of this work impinges on the existing house. Lutyens also created a 40ft ballroom which was later cleverly turned into a separate house on two levels, without damaging any of the fabric of the original room. Lutyens also designed the attractive garden.

The owners of the two properties made the Trust members most welcome and could not have been more kind and helpful when showing us round their homes.

The next visit was to Lodge Gate, formerly known as Barham Court Farm, and as Stuart put in his notes: ‘This house is another example of Lutyens’s ability to bring quality to the design of the smallest buildings, with unerring sense of proportion and massing. He also brings the hipped roof down onto a blind wall in an entirely typical and beguiling way. The building was extended in the 1950s, by no means badly, to create the present double gabled effect.’ It was interesting to study Lutyens’s architectural details in this house, and to see the extension had been designed in detail to match the original building. The present owners welcomed the group and had laid out old photographs and drawings of the house for us to see.

The visit to the Knowlton Court Estate was a great experience and we were greeted by the owner, Mrs. Marietta Fox-Pitt, who acted as our guide showing us Lutyens’s inspired work in the drawing room of Knowlton Court. The centre of this large Elizabethan house (1585) was reconstructed in 1715 when a service wing was also added. It was interesting to note that Blomfield had also worked on Knowlton Court. Barham Court with Luttyens addition on the right After studying the main house and seeing the Lutyens cottages, we visited the Lodge commissioned in 1912. Quoting from Stuart’s visit notes: ‘This tiny building exhibits in miniature all Lutyens’s skill at fine detail and disposition of mass in proportion. The parapeted gables recall several Elizabethan houses in Kent, not least Knole, but presumably Lutyens is here indulging in a little pretend history, harking back to the Elizabethan origins of Knowlton Court itself. In classic ‘Old English’ style, Lutyens evokes memories of earlier times in the sweep of his catslide roof, steep gables and the monumental massing of the central chimney.’

‘There are beautiful touches in the design of this building: the long view up the drive from the smallest of arrow-slit windows in the porch; the combination of the ventilator in the original wash room with the dormer window above; and especially the insertion of the tiny window lighting the central stairs in the base of the chimneystack. By this means a plan is achieved where the well-lit stairs give access to all the rooms with the minimum use of connecting corridors.’ The well thought through and practical layout, quality of workmanship, fine brickwork and excellent detail, are here to see reflecting Lutyens’s work at its best.

Similar observations apply equally to the next Lutyens house visited, which we were all looking forward to studying: The Salutation at Sandwich. To many Trust members this is their favourite Lutyens domestic property and it was understandable to see why this is the case.

The Salutation was designed by Lutyens for the Farrer brothers in 1911 as their house in the country. However, it is a town house built on a restricted site between existing houses and the old Sandwich town walls. In spite of the site restrictions the design in plan, elevations, and details of the house are of the highest quality. So much so that it could be described as the supreme rendering of the neo-Georgian tradition.

The house is a rectangle 49ft. by 65ft. plus a service wing. The three fronts, south, east and west have symmetrical elevations, while the north side contains a deep recess with windows which provide light to the stairs and the centre of the house. The service wing is attached to the north side.

The interior of the house is very cleverly designed down to the last detail, so that wherever one stands in the main rooms, the hall, stairs and landing one is conscious of the perfect symmetry of the design.

The gardens at The Salutation were designed by Lutyens and relate perfectly to the house, providing interesting vistas to the east and the south from the main rooms. The new owners of the house, Dominic and Stephanie Parker, are to be much praised for all the conscientious restoration work being carried out on the house and garden.

The visit programme arranged and led by Stuart Martin was an enormous success: Stuart’s visit notes were very informative, well illustrated, and an excellent source for future reference. The welcome given by all the house owners was much appreciated, as was the time and useful information they so kindly gave to the Trust members, adding greatly to the enjoyment of a fascinating day.