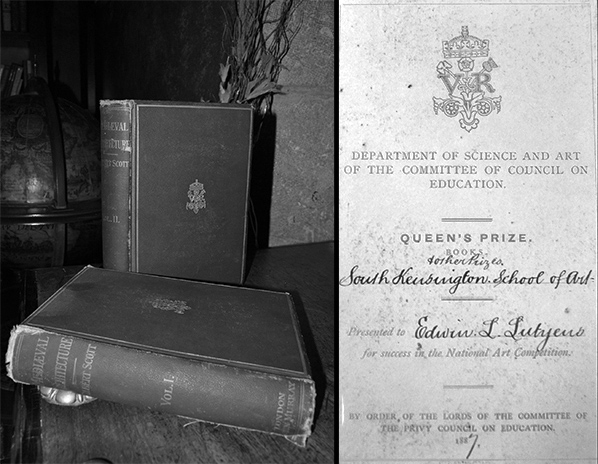 The Royal College of Art recently celebrated its first 175 years with an exhibition, that included drawings by Sir Edwin Lutyens and Gertrude Jekyll. What they may not have known is that in 1887, a young student aged 18, by the name of Edwin L. Lutyens was awarded the Queens prize which was a double edition of Gilbert Scotts ‘Medieval Architecture’ published by John Murray in 1879, for draughtsmanship and success in the National Art competition at the South Kensington School of Art in 1887, which is now known as The Royal College of Art.