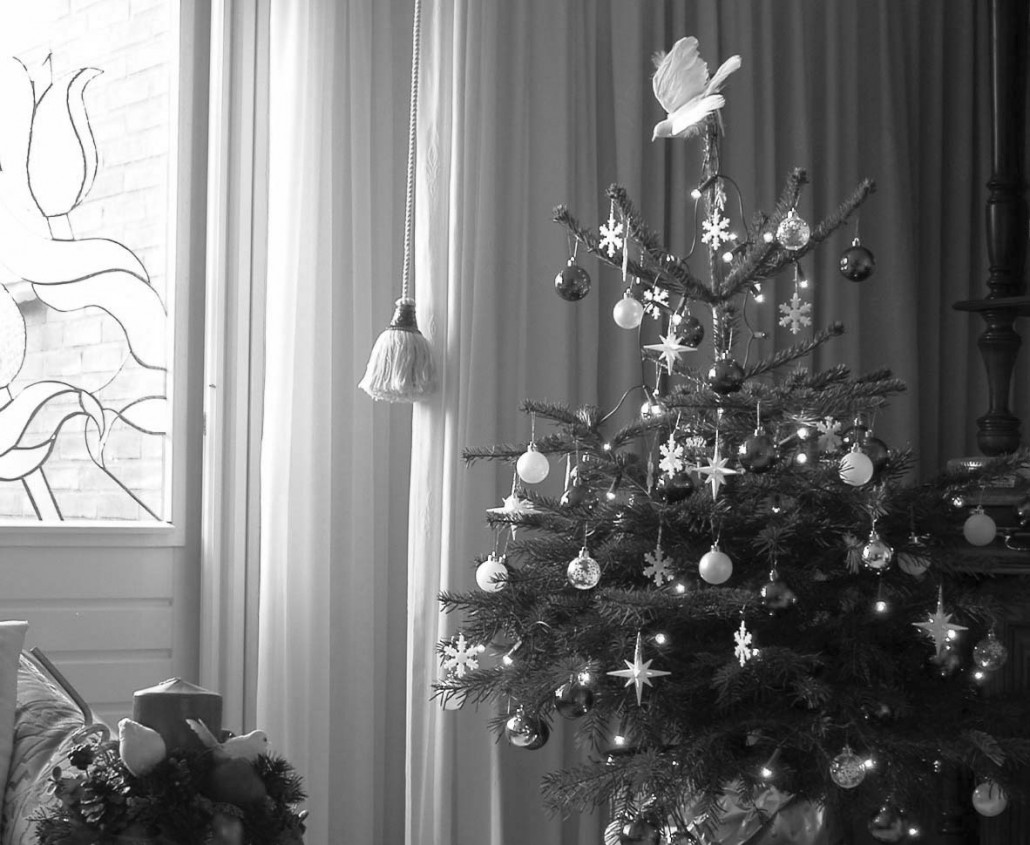 The Trust Christmas Lunch again held at the  Grosvenor House Hotel was attended by 64 members, and as before we were very well looked after by the hotel staff. I had just finished reading Lutyens and the Great War by Tim Skelton and Gerald Gliddon, and as I walked up Park Lane I looked up at the roof of the Grosvenor House Hotel. The authors had observed that the Lutyens designed plant rooms on the hotel roof looked strikingly similar to some of his designs for the shelter buildings in cemeteries in France and Belgium, and I had to agree that they were correct.

The festivities commenced with a reception in the Bourdon Suite before we adjourned to the Burlington Suite for lunch.

Charles Lutyens, the Hon Treasurer gave the Chairman’s address in the absence of Martin Lutyens who could not attend. Charles explained the reason behind the decision to increase the membership subscriptions in 2009, since the Trust’s expenditure had been greater than its income. The Trustees were now actively exploring new ways to raise revenue. One proposal was that members who had not already done so should be encouraged to sign Gift Aid forms, so that the Trust could reclaim tax from HM Revenue & Customs which had already been paid by tax paying members. Other options under consideration included approaches to architectural and other charities seeking their financial support.

After an excellent lunch members were given a presentation of the year’s events including Goddards Study Day, visits to Munstead Heath, Roehampton House, Nashdom, Farnham, Great Maytham Hall and Great Dixter. This was followed by a very moving presentation showing the cemeteries with war memorials designed by Lutyens.

Members were now appropriately primed to participate in the photographic quiz which was most enjoyable. This was followed by the raffle draw which concluded the proceedings. All in all a very enjoyable afternoon.

Thanks for the excellent organisation were due to Paul Waite, Andrew Barnett, Richard Breese and Gavin Chappell which resulted in a most successful event.