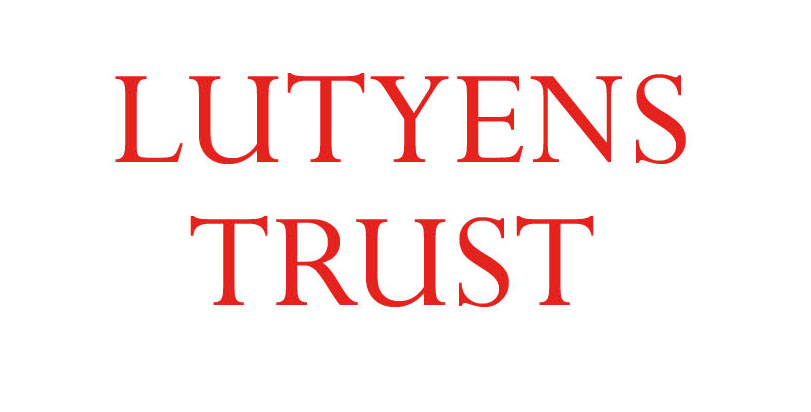 Some of the casework since November 2008 is, of course, continuing. The ‘new’ casework itemised below has not involved any new major items. However, it should be remembered that even so-called minor cases still involve time in desktop research, finding files on district council web sites (not always available), and quite often replying to secondary correspondence.

Norwich War Memorial: Ongoing with the final scheme now submitted for planning permission/listed building consent. The applicants’ agents, NPS Property Consultants, undertook a great deal of desktop research about the Memorial, which is to be raised and turned to face St. Peter’s Street and the Grade II* listed City Hall. They have made available to the Trust CD copies of files on the Memorial (including drawings, correspondence with EL, Council Minutes etc.) and on the design of the Memorial Gardens by Robert Atkinson, where the Memorial was relocated in 1938, from its original site below the 15th century Guildhall.

Lancashire Fusiliers Memorial (Bury DC): The Borough Council sent full material about the proposal to move the Memorial from the site on Bolton Road (where it had already been relocated in the 1960s, when the Barracks were demolished) to a new public square outside the new Regimental Museum (converted from a 19th century educational building). The Trust accepted the case for removal, but requested that further details of the work plan and protection of the monument, when dismantling, storage and restoring, be conditional. In addition, further details of the landscaping, paving and railings of the new location were required. Approval was granted on 23 December 2008. The summary of conditions published on the web site did not indicate whether the Trust’s wishes had been incorporated.

Exeter County War Memorial: This Memorial on the edge of the precinct of Exeter Cathedral takes the form of the familiar bladed cross. It has already been compromised by unsuitable railings around the square base. The 20th Century Society has sought spotlisting, which the Trust endorses. They think that the application to move the Memorial, which would break EL’s careful alignment with the cathedral, has been withdrawn. I attempted to contact the Dean, but did not even receive an acknowledgement of my enquiry.

Liverpool Metropolitan Cathedral: Application to retain the lighting system, installed for the Le Corbusier Exhibition, to enable the venue to be used for further major exhibitions. The Trust has endorsed this with the hope that low key sympathetic uplighting of the vaults can be added, to provide greater visibility of EL’s masterly spatial design.

Knebworth Golf Club: This was a terminal feature of the development along Deard’s Lane, which included three Lutyens houses, and many of a like character by Soutar and others. The Club House has been altered and added to on an ‘ad hoc’ basis over many years, but (just) retains its character as a Lutyens design. It is listed Grade II. In the 1960s, a glazed observation lounge was added on the north front, which overlooks the fairways. It was ‘contained’ in the recessed centre of the façade. The proposal is to enlarge this to run across the whole of the front elevation. While distanced from the original brickwork, this would further devalue the building with a fundamentally unsuitable extension. Both the Trust and the Victorian Society have opposed this scheme. No word has been forthcoming from North Hertfordshire District Council.

Great Maytham Hall, Rolvenden (Ashford BC): The Trust commented on an earlier application for internal works at Apartment No. 16 (owned by the architect, Sir Terry Farrell) for an internal spiral staircase to provide access to a small mezzanine room, hitherto served by a common stair. The Drawings were very sketchy, and the Trust opposed approval, without the submission of appropriate details to confirm feasibility. Ashford Borough Council approved the proposals. However, the Trust has not been notified of a further application, involving the removal of a bathroom and dividing walls, added in the 1960’s conversion by the Country House Association. The plans are not much better this time, but these proposals do not appear to involve a new staircase, and will have no harmful impact on the special architectural or historic interest of the house. I intend to inform the Council that the Trust has no objection.

Proposed Wind Farm within setting of Glenstone Hall (Craven DC): Council refused permission; it is not known whether the decision will be appealed.

Finally, there have been general enquiries about alterations to Cottages at Rossall Beach, Cleveleys (1900: a minor part of an ambitious seaside suburb, which came to little overall) and refurbishment of one of the Victoria Cottages, Micheldever Station. Neither has yet resulted in planning/listed building applications.