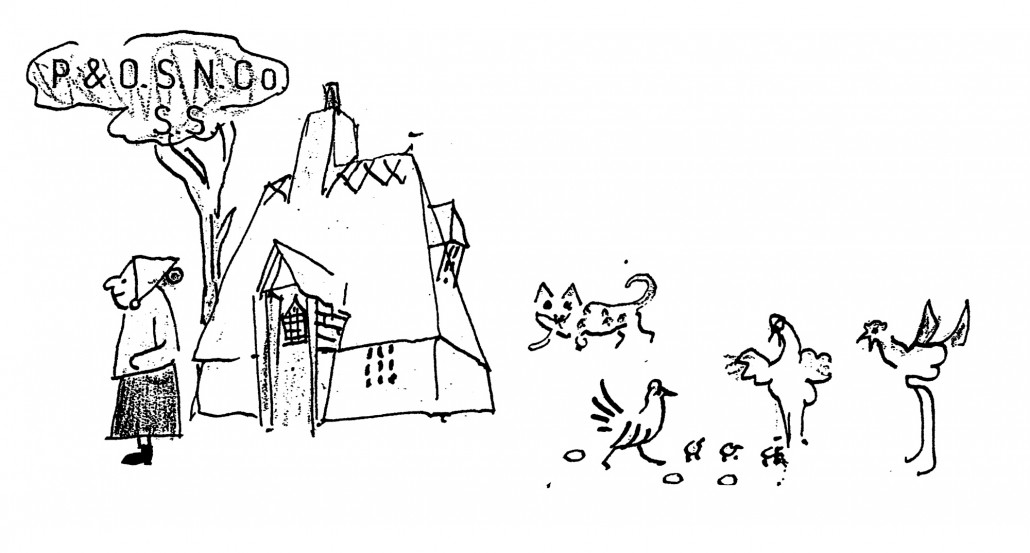 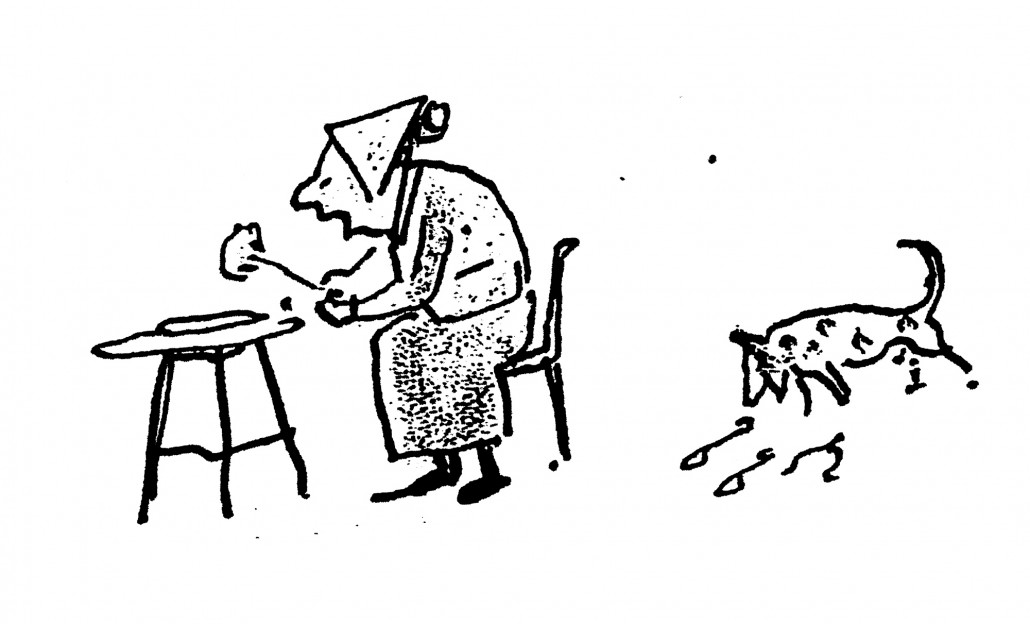 Sir Edwin Lutyens and the Family of Lord Manners

Towards the end of the 19th century, through the close friendship of Lady Constance Manners with Margot Asquith and Lady Frances Horner of Mells, links were established between the three families, and in 1918 one of the daughters of Lord and Lady Manners married into the Asquith family: at a later time, Raymond Asquith married Katherine Horner. Lutyens’s connections with these two families are already well documented.

In the early 1930s when Sir Edwin Lutyens was travelling to India, he met fellow passengers the 4th Lord Manners with his wife and their four young children. Perhaps to ease the children’s boredom on such a long voyage, Lutyens wrote some amusing stories and illustrated them with small drawings and cartoons using P&O ship’s stationery!

Thanks to the diligence of Jane Balfour and the kind permission of the present Lord Manners, we now have copies of these stories and drawings in the Lutyens Trust Archive. We are very grateful to both Jane and Lord Manners for such an interesting acquisition.

It is not possible to show all of these stories, drawings etc. in this newsletter, only the following brief extract.

Once upon a time there was a little old woman who lived in a little house in a wood. She was very lonely so she got a little dog, and having little to do she got some chickens of which she became very fond and proud, especially of the little cockerel who crowed so lustily that she called him Napoleon Bonipart, so wonderful she thought him. One day sad to say, he over-crowed himself, broke his neck and fell down dead. The little old woman was very, very sad but she was frugal as well, so she cooked and ate Napoleon and gave the dog the bonipart.