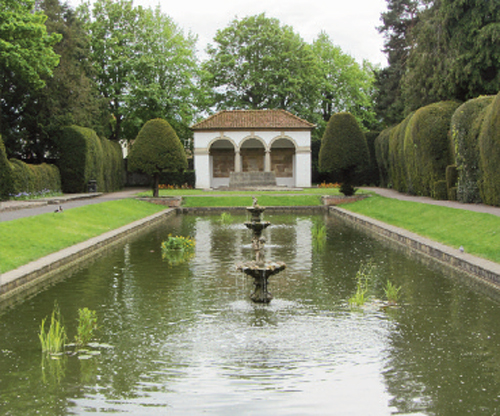 Spalding War Memorial, Lincolnshire, of 1922, which commemorates 224 lives lost during the First World War, has been upgraded from II to I © Tim Skelton 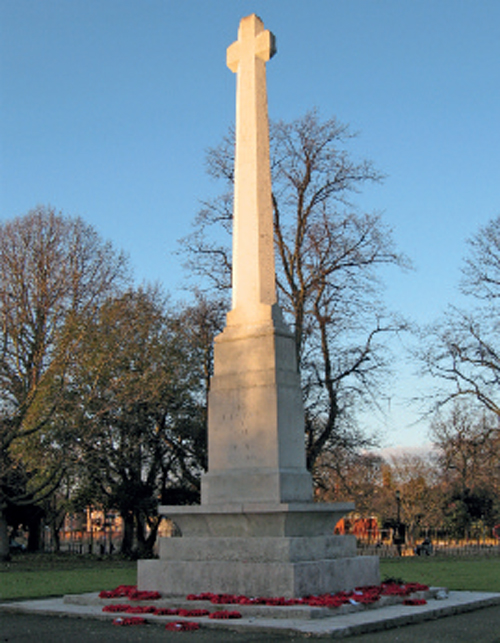 York City War Memorial, completed in 1925. It commemorates 1,162 servicemen from York who died fighting during the
First World War, and has been upgraded from II to II* © Tim Skelton

The centenary of the First World War has put a particular focus on the war memorials scattered throughout the towns and villages of the country, many of which are unlisted. Historic England has set itself an ambitious target of listing or upgrading 2,500 memorials, which, in the current age of cutbacks, will require a considerable input from volunteers.

The project is being managed by Paul Stamper of its Designation Department, who contacted me last December to ask if I would help with regard to the Lutyens memorials. His email said, somewhat optimistically, “If you were able to help with at least some over the next few years, that would be great”. The project was of particular interest to me as it’s the first serious reassessment by Historic England of Lutyens’s work at a national level.

Paul and I met and I agreed to produce a report for him with details of all of the memorials and their current listing grades. Two things became apparent: firstly, all but one of the memorials was already listed and, secondly, less happily, there was an inconsistency in gradings because no one had ever taken a global look at them (and, for some, their Lutyens authorship was unconfirmed). One thing led to another and in March they called a meeting (which they splendidly termed a “moot”) attended by various people within Historic England as well as Gavin Stamp and myself, as people with a knowledge of this particular area of Lutyens’s work. By one of those wonderful coincidences that occur in life, the venue was the Historic England office in Holborn (the former Prudential building, designed by Alfred Waterhouse), where I worked in my first job after graduating. Not only that but our meeting was one floor below the location of my desk — it was all very nostalgic!

For almost two hours we debated the memorials one by one, and there was a remarkable degree of agreement. The inconsistencies were resolved without major differences of opinion and we agreed to recommend that one memorial should be listed for the first time (Gerrards Cross) and that 14 should be upgraded, five of which would be Grade I (two jumping straight from Grade II). There was a sting in the tail though: rather than give the more usual timeframe for this of “the next few years”, it was decided that everything should be completed in time for an announcement to coincide with Remembrance Day! It meant a hectic few weeks for Paul and myself as it was necessary not only to produce revised descriptions of the memorials to support the upgradings but also a lot more was required from me as Historic England is keen that the listing descriptions should contain more detailed information regarding the background to the commissioning of each memorial.

This was a key project for Historic England because it would provide both recognition of Lutyens’s work and an opportunity for wider publicity of its overall project regarding war memorials. The deadline for this was therefore non-negotiable! Personally, I was particularly delighted with the way in which it chose to portray our hero’s memorial work as a discrete collection in its own right and, to use its words, as “a legacy like that of Wren’s churches or Nash’s Regency terraces”. It will be good for the wider world to appreciate that there is more to Lutyens than Surrey houses and a
certain large house in India. However, historic England still has a lot of work to do to reach its target so, if you fancy helping, please have a look on its website.

More information about the memorials and the progress being made on their listing can be seen in the online exhibition “Memorials of the Great War” which I curate on the Trust’s website, www.lutyenstrust.org.uk. The exhibition in March features Colombo in Sri Lanka, one of nine Lutyens memorials built abroad, which features a brazier on the top. It was dismantled during the Second World War amid fears that it would be a target for air raids and re-erected on a different site when the war ended.

In April, the memorial shown will be Gerrards Cross in Buckinghamshire, the only example of a Lutyens memorial that served both a practical and a commemorative purpose. The Gerrards Cross hall was adapted in 1922 by Lutyens from the stables of the 18th-century vicarage alongside it. Its portico contains a stone memorial plaque inscribed with 20 names from the First World War. The building was Grade-II listed last November.

Talk by Dr. Mervyn Miller: Lutyens in the City of London – A joint event...

Fireplaces from the British Embassy at Washington Find Their Way to the Mar... Scroll to top
This website uses cookies to improve your experience. We'll assume you're ok with this, but you can opt-out if you wish.Accept Read More
Privacy & Cookies Policy