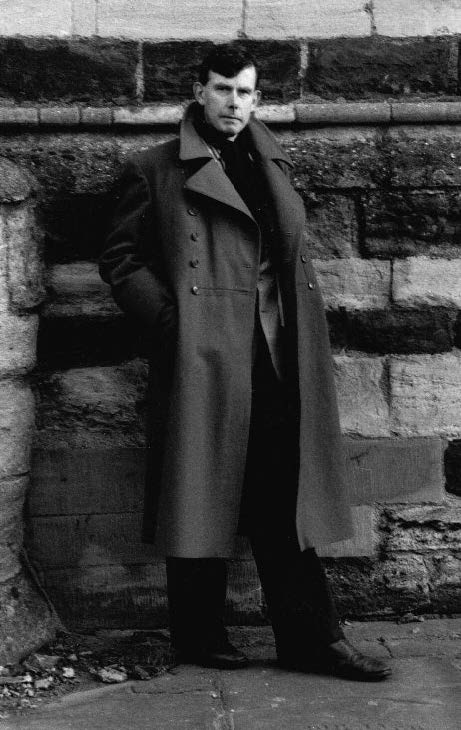 Last September, The Twentieth Century Society held a very well attended, one-day event, “Remembering Gavin Stamp”, at the University of Westminster Faculty of Architecture and the Built Environment opposite Madame Tussauds. Gavin was a founder member of its predecessor, The Thirties Society, set up in 1979, the same year that the Hayward Gallery in London held the exhibition “Thirties — British Art and Design Before the War”, and subsequently became its chairman.

This noted architectural historian, author of many distinguished books, inveterate conservation campaigner, fiery journalist, sometime TV presenter and leader of foreign tours was amply recorded in the programme. Gavin was taught by architectural historian David Watkin at Cambridge University. Architect and writer Roderick Gradidge helped him to see the value of the Arts and Crafts movement and its 20th-century continuation in the work of Lutyens, and introduced him to The Art Workers’ Guild. Gavin’s PhD thesis was on George Gilbert Scott Jr and he was probably the first person to praise Bankside Power Station (which now houses Tate Modern) — designed by the architect’s son, Giles Gilbert Scott — in Temples of Power: Architecture of Electricity in London, the lavish 1979 publication edited by him. Gavin campaigned with others to save the traditional red phone boxes and successfully made the case for the listing of postwar buildings, notably Bracken House in London. Gavin was a key organiser of the 1981 exhibition on Edwin Lutyens at London’s Hayward Gallery, and subsequently produced several books devoted to his hero.

After a sandwich lunch, there were more TV excerpts — this time in Liverpool, Belgrade and Paris. Writers AN Wilson and Alan Powers reflected on their long friendships with Gavin and Nicholas Long, a former colleague, discussed him and his interest in war memorials, particularly in France and Belgium, and notably Lutyens’s Thiepval Memorial. There were accounts of Gavin as a tour leader abroad by Elain Harwood and Marina Vaizey. The day concluded with a panel discussion, chaired by Gavin’s widow, Rosemary Hill — who has donated his archive to the Paul Mellon Centre — on how his ideas and influence can be carried forward.

There were sociable drinks to round off the action-packed day, during which the artist Carl Laubin revealed to me that, since paying homage to Lutyens with his capriccio called Metiendo Vivendum: A Tribute to Sir Edwin Lutyens OM, he has embarked on a similar work on architect John Nash.

The Times of India DesignX Festival