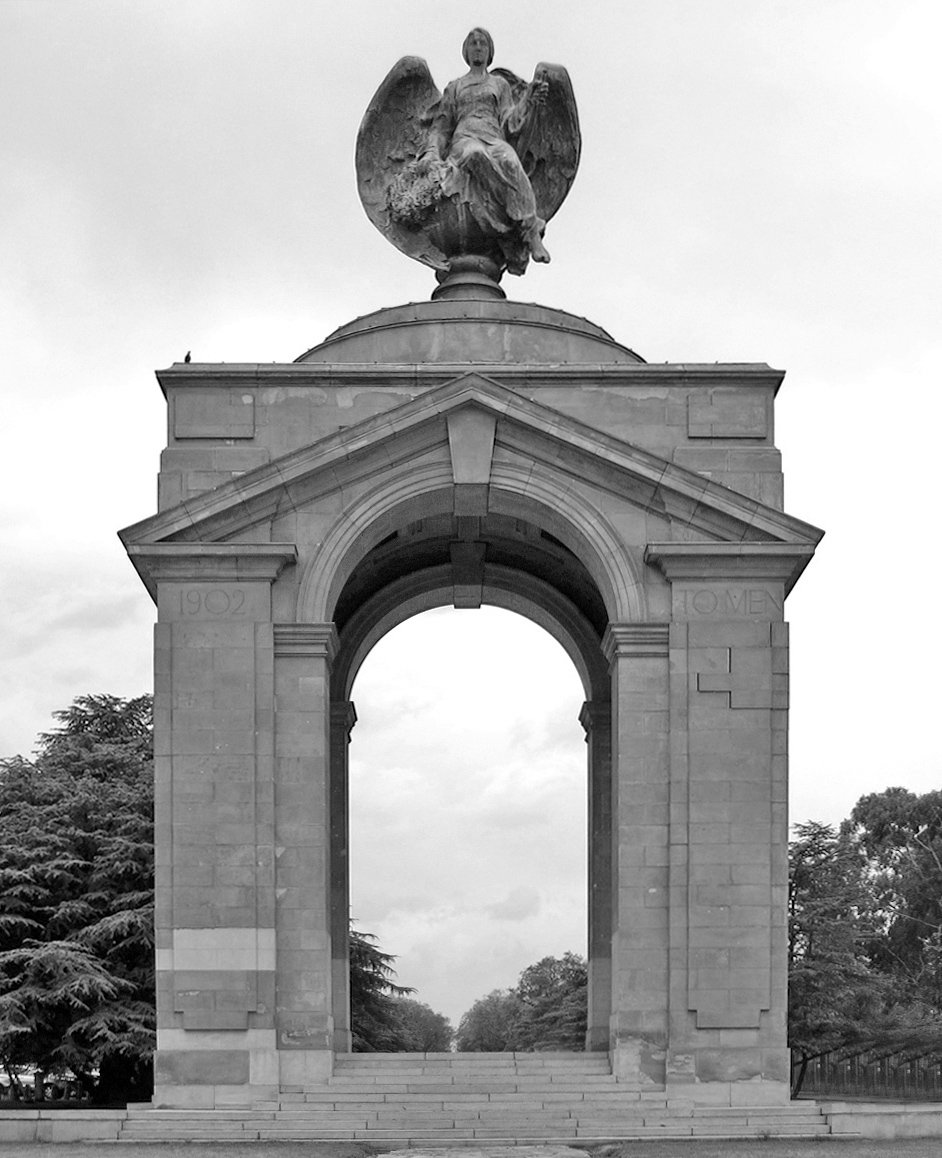 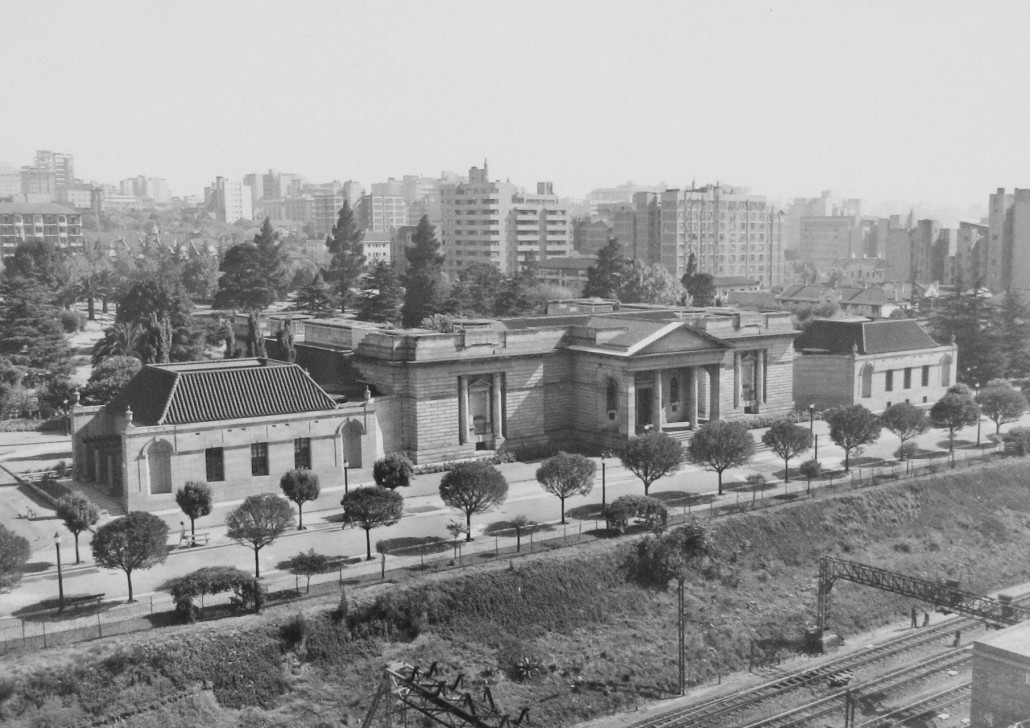 Our first glimpse of the Rand Regiments Memorial was through the gates of Hermann Eckstein Park, seeing the memorial on its principal (East-West) axis. In the standard works of reference on Lutyens, the memorial is only illustrated by sketches so it was very agreeable to see it as-built. Our approach, via the secondary (North-South) axis, provided an excellent opportunity to see the memorial from a distance, looming larger as we drew nearer allowing us to enjoy the warm coloured stone, not all that dissimilar in colour to that of the All India Arch at New Delhi.
The Park, to the North of Johannesburg, is low-lying and the memorial is not easily visible except along the two axes. The area surrounding the site has been developed to include a zoological garden and a military museum, but fortunately the tree-lined axes have remained clear allowing the arch to be seen in isolation. The downside is that the site is used as a car park for the other attractions.

It is immediately apparent that Sir Edwin had taken some of his inspiration for the work from Chalgrin’s Arc de Triomphe in Paris which in turn had been influenced by the arches of Titus and Constantine, both in Rome. These earlier ones are most definitely triumphal arches and to me the use of this form here appears at odds with the purpose of this memorial which was to remember those members of the Rand Regiments who had died in the Anglo-Boer War of 1899-1902. The Rand Regiments Memorial is possibly the first example of Lutyens’s use of arches interlocking on alternate sides of a structure, later to be continued and developed with the Leicester War Memorial, the All India Arch and leading ultimately to the Memorial to the Missing of the Somme at Thiepval.

The Duke of Connaught (Prince Arthur) laid the foundation stone for the memorial in 1910 and the structure was completed in 1914 with the installation of the surmounting statue. The initial design for the memorial shows a statue of a triumphal angel with outstretched arm seated on a globe. The final design is a bronze Angel of Peace, by the Russian sculptor Naoum Aronson, which retains the globe but the figure is much larger relative to the globe. My thoughts are that the statue is too large for the memorial but it could have been more in keeping if the full scheme for the memorial including terraces, pools and other statuary had been implemented.

The Memorial is in need of repairs and has received some unsympathetic repairs in the past. However, the new political regime in South Africa probably has higher priorities at present looking after those still living rather than remembering those who fought in a different conflict. In 1999, the memorial was re-dedicated to those of all races who died in the Anglo-Boer War of 1899-1902.

As this part of our tour was also a lunch stop, our group had the opportunity to enjoy a picnic in the grounds while viewing the memorial. It was gratifying to note over lunch that many of the locals visiting the zoo and museum also took time to inspect the memorial. Perhaps it will be cared for in the future, I do hope so.