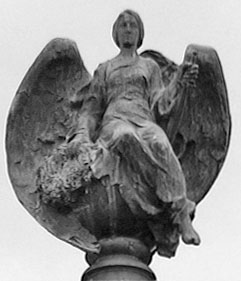 The idea for the South African trip came to me from the very first Lutyens Trust India tour led by Roderick Gradidge. I had previously studied Lutyens’s work in India and so was, as always, completely engrossed in the quality of the built work when it was before us. But I had not really considered Sir Herbert Baker and found myself looking again and again at the Secretariats in New Delhi. Here was a building that was completely appropriate in scale and relation to the whole design of the new city although I had concerns about the detailing. So on our return to London I bought his autobiography, and found that after leaving Sir Ernest George’s office he had spent over 20 years in South Africa, where he was given the most incredible opportunities when he was first taken up by Cecil Rhodes and later by Lord Milner. It was partially this early “Muscular Anglican” period in his life as an integral part of a fast-forming society that interested me, but also his relationship with Sir Edwin Lutyens before the great Indian split. How much did he and Sir Edwin exchange ideas and how influenced were they by each other?

It was this that led me to ask the Trustees if we might undertake a South African tour. After all there was Sir Edwin’s first war memorial and his fine art gallery in Johannesburg, but the majority of the tour would have to be the South African work of Sir Herbert Baker. Would there be enough of interest for the participants? With more research I found that he was in continual correspondence with Sir Edwin, not only with ideas but actually sending plans for his advice. I learned that Sir Herbert had, right from his early days in the Cape, been looking for a new architectural style for Africa. Shortly after arriving in South Africa, Rhodes had paid for Sir Herbert to take a Mediterranean tour to study ancient classical buildings, and on his return Sir Herbert became part of a group who were rediscovering the elegant simplicity of eighteenth century Cape Dutch architecture. Through his English Arts and Crafts training and with Rhodes’s encouragement he was able to re-invent these two very different and varied styles, creating a Cape Dutch Revival that as well as founding a hugely influential school of architecture in Africa, went on to be used by other architects as far apart as Hong Kong, Melbourne, Iowa and London. Even Sir Edwin, in a newspaper interview on his departure from South Africa, cautioned South African architects not to search overseas for inspiration but to look to the Dutch settlers’ buildings. So here we had more valuable insights that could be explored by the group; the old homesteads that so inspired Edwardians and the work by local architects following, or ignoring, this revival style. The programme turned out to be so full of interesting and individual buildings that we had a packed schedule every day.

I have to sincerely thank Dr Mervyn Miller for his assistance and help with the programme, his wonderful tour notes, and great guiding. Also we would never have had access to the private homes on the tour without the invaluable direction, influential friendships, and incredible scholarly knowledge of Graham Viney. Finally, I would like to thank the tour participants who, to a person, made a very hectic schedule into a most enjoyable two weeks.

This report on the South African tour would not be complete without a special note of appreciation for Paul Waite. Paul conceived the tour, organised the travel arrangements, found ways of negotiating access to the many and varied buildings which we saw and, with always good humoured help from Nicola Donati, got us all to the right place at the right time: all this in spite of some challengingly early starts, a packed programme and, often, many miles between the visits. It would be hard to overestimate the patience, perseverance and sheer hard work that all this represents. On behalf of the tour participants and of The Lutyens Trust, thank you, Paul.