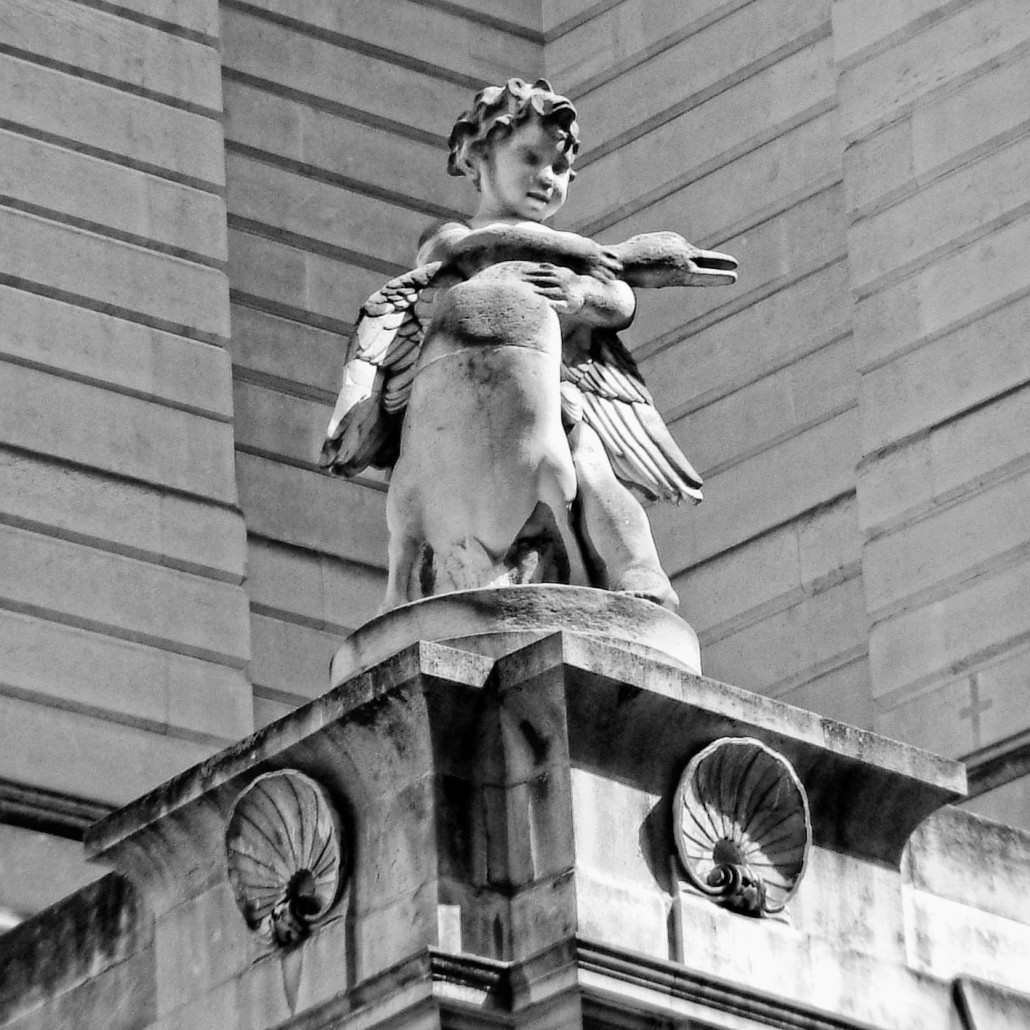 Milo Lecture, RIBA, ‘Lutyens in the City of London’

Most people with any interest at all in architecture will be at least aware of Lutyens. Many will know of his most iconic Arts and Crafts houses, the central Edwardian flowers of Jane Brown’s Gardens of a Golden Afternoon. But then came war, and afterwards a new morning and a new social and economic climate. Commissions for romantic country houses would henceforth be scarce. Lutyens though, had already discovered the High Game in the classical discipline of Wren and an “elemental” architecture informed by pure geometry. This more intellectual inspiration allowed Lutyens to create immensely powerful memorials to the tragedy of war.

Work for a corporation, rather than an individual, could be a rather different and stifling prospect. Fortunately Lutyens’s corporate commissions often came from company heads amongst his existing network of friends, admirers and earlier clients who respected his genius. Lutyens was still able to exercise his imagination and wit.

The City of London has a good crop of Lutyens’s work surviving substantially intact, and these buildings were the subject of Dr Mervyn Miller’s lecture. With the aid of some excellent photos he proved a fluent and skilful guide. Besides describing the buildings he also invited us to consider likely sources he had observed in the city – works of Wren, the supreme inspiration for Lutyens’s Great Game. Indeed, Lutyens readily agreed, in his portico for the British School in Rome, to quote from Wren’s St Paul’s (or at least pretend to).

Classical architecture was the perfect approach to Lutyens’s City works; it allowed him to control the scale and volume of mammoth buildings in a way which the picturesque would not convincingly permit. Here are some of my favourites.

Britannic House (1920-24) was built for the Anglo Iranian Oil Company, predecessors of British Petroleum. The principal elevation is concave, tracing the curve of Finsbury Circus. It ascends, becoming increasingly elaborate, until it bursts into a monumental Corinthian order beneath the final attic level. The effect is monumental, effectively denying the standard decks of offices within. There is no form-follows-function nonsense here.

Within, now, a surprise rather more startling. Lutyens’s entrance hall and grand marble staircase remain but the more routine office interiors have been extensively remodelled by Peter Inskip and Peter Jenkins who, in 1993, carved out a vast atrium. This takes the form, in plan, of an incomplete circle, itself an interesting reflection on Lutyens’s geometry. The interventions involved loss primarily of unremarkable routine offices. The principal Lutyens elements, including the foyer and grand marble staircase, survive intact. However, his fourth floor board-room had to be reconstructed in the basement. Its ghostly previous location was signalled mid-air in the atrium by projections on the internal elevations. I hope that Lutyens would have enjoyed the joke. After many years of absence, BP again occupied the revamped building. Whilst their return was doubtless informed by commercial considerations, it would be nice to think there was an element of corporate homesickness, but I believe that they have now outgrown the space and moved on.

From the rich marble banking hall within, a staircase sweeps down in ceremonial approach to the 25 ton, yard thick, circular door to the safe-deposit. The top floor is a palace devoted to the board of directors. Lutyens created two beautifully made sets of wooden lockers for their top hats. Here is a grand setting for a rather more formally attired world of banking more sedate and respected than that of today.

Between the banking hall and the top floor other, more commercial, architects provided routine offices for the armies of clerks in a pre-computer age. But two exquisite Lutyens staircases, guarded by characteristic geometric wrought ironwork, link his two domains.

HSBC, successor to the Midland Bank, has now left the building and proposals for its reuse have so far floundered. We were reassured by one of the audience who was able to tell us that renewed progress is imminent.

Lutyens’s first design for The Mercantile Marine Memorial (1926) was intended for the Thames Embankment but the location, to his irritation, was vetoed by the Royal Fine Arts Commission. Instead a very different, and perhaps less dramatic scheme was created for a new site between the Tower of London and Edwin Cooper’s Port of London Authority HQ. Here Lutyens produced a Portland stone loggia with a shallow stone roof surmounted by a low, central attic feature carrying a dedication on its face, the sides and rear receding in alternate stages like the Cenotaph. The loggia is a cool and peaceful retreat elevated above the stream of traffic below. It might well have served as an opulent feature in the grounds of a grand country house. Might have… except that here the walls are lined with bronze plaques formed in imitation of rustic masonry. Here is the true poignancy; the plaques are cast with the names of twelve thousand seamen of the merchant and fishing fleet lost in the Great War.

The Reuters and Press Association building (1935) sits opposite Sir Owen Williams’s glossy and curvate Vitrolite facade to the former Daily Express building. Lutyens’s response is less flashy but rather classier. The eye-catching upper storeys of the building are playfully concave in plan and topped by a drum housing the lift gear. This is all set back from the building line as Lutyens articulates his way through the building bye-laws to sculptural effect. The front entrance is set between pilasters widening as they rise in an inversion of Egyptian form. Above is a large circular recess, designed for a more imposing feature than the undersized sculpture it came to house. The doorway surround and the recess above, with its decorative keystone flourish, form a single composition occupying more than three storeys, lending the modest doorway a monumental scale.

Mervyn prompted us to look at the London works more closely and study the manipulation of planes, the subtle tricks of perspective and the painstaking detail that place them beyond their ordinary neighbours.

Even in the august venue of the RIBA I suspect that there were some in the large audience of about 240 who, hitherto had thought of Lutyens only as the author of seductive country houses beneath gloriously steep tile roofs. They would have left the lecture aware of the much greater versatility and intellectual depth of his work. They would also have seen Lutyens capable of wit even when his buildings wore a sombre business suit.