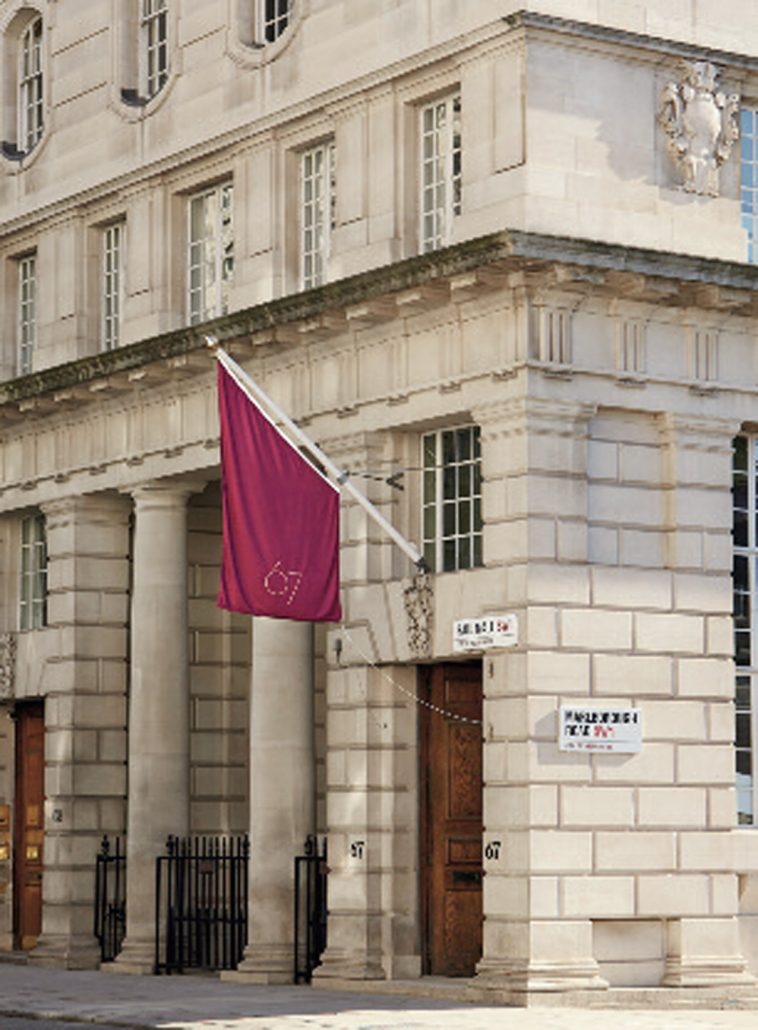 The Lutyens entrance to 67 Pall Mall, with the new occupant’s flag © Tom Mannion 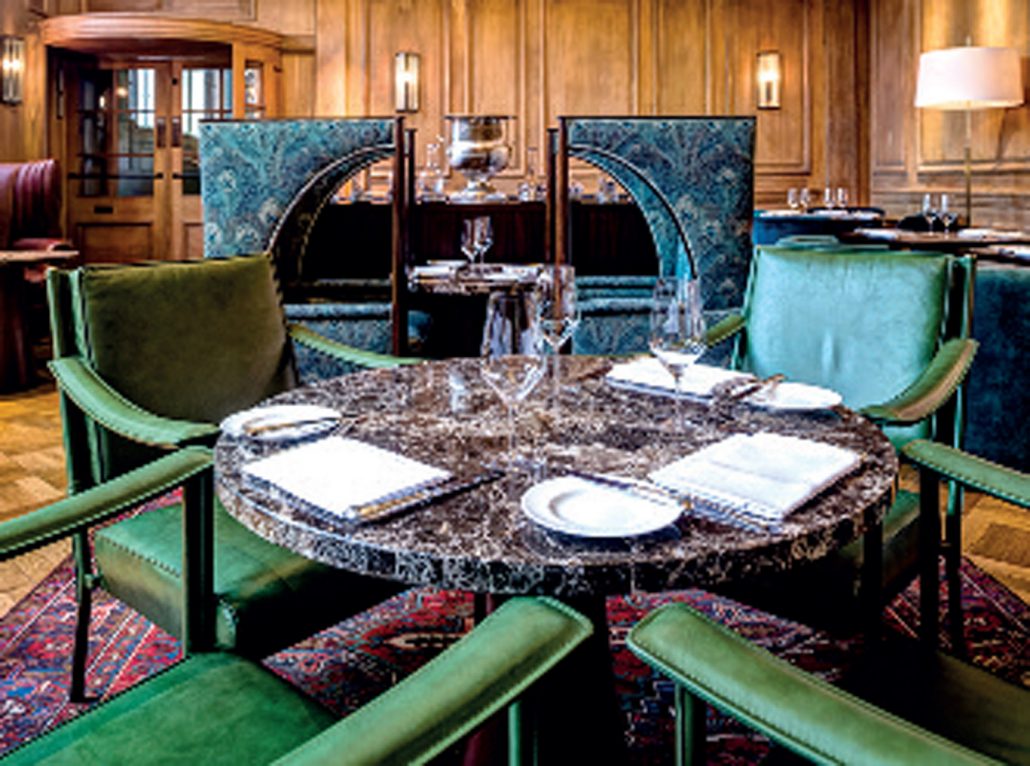 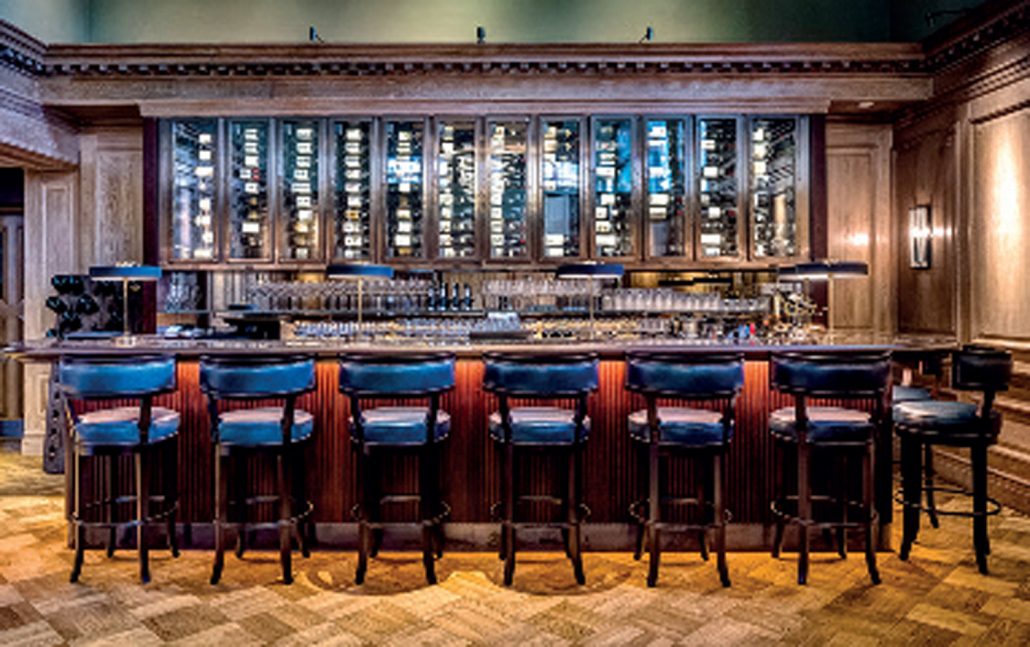 The restaurant and bar © Tom Mannion

Constructed in 1930, 67 Pall Mall occupies a prominent position close to Marlborough House and St James’s Palace. As such, the Commissioners of Crown Lands attached great importance at the time to its design, stipulating that it should harmonise in terms of its height and horizontal mouldings with the adjoining Midland Bank. The final designs were approved by the King and Queen and Prince of Wales in 1929.

Occupying the site of the former Junior Naval and Military Club, 67 Pall Mall was originally created to provide business premises and flats to be known as Marlborough Court. The architects were Romaine-Walker and Jenkins working in collaboration with Lutyens, who designed the elevations. The ground floor was intended as a showroom, but was deemed equally suitable for an office or bank, and in 1934 it became Hambros Bank’s West End branch, with the upper floors let as offices and maisonettes.

Today, the building’s elegant exterior remains unchanged but three floors of its interiors have been transformed into a much talked-about private members’ club called 67 Pall Mall. Simone McEwan, who has previously been Design Director for the Soho House group and worked for Anouska Hempel, was responsible for their redesign.

“The building’s architecture provides a strong sense of place and history, which demanded a high level of crafted design in any new interventions,” says McEwan. “While developing the interior, I aimed for a contemporary interpretation of Lutyens’s architectural details, trying hard not to overdo it, nor create a pastiche. I was mainly inspired by his approach to interiors, with a focus on materials, textures, character, detail and levels of domestic comfort. We’ve used touches of brass, cane panelling, antique Persian rugs, a rich palette, enveloping furniture and large circular chandeliers.” Echoing Lutyens’s interest in supporting British craftsmen, much of the furniture was supplied by British makers and brands, including several chairs by Soane Britain and others covered by a Liberty linen fabric with a peacock motif.

CEO Grant Ashton was inspired to found the club after getting, “fed up of being mugged by punitive London mark-ups on fine wine in restaurants… I was no longer prepared to pay these egregious prices and ended up drinking wine at home and at friends’ dinner parties”. The club puts a small cash mark-up on all its wines, compared to the 70 per cent gross profit industry standard. Bottle prices begin at around £40 and hundreds of wines are available by the glass thanks to a new technology called Coravin, which allows wine to be accessed without removing the cork.

The club aims to be the antithesis of a wine cellar where bottles are locked away, gathering dust. Master Sommelier Ronan Sayburn and his team inspire members to make their selections whatever their level of knowledge and via informal wine tastings.

Lutyens’s facades demonstrate the facility of “how to get up a building without repeating yourself”. At 67 Pall Mall the rusticated Doric base with its disappearing pilasters contained the ground floor bank. Above that there is a slight setting back of the wall surfaces as they rise — four storeys, each one different, topped by the orangery or penthouse, with tall windows alternately round-arched or straight-headed.The building is a very subtle design.

Saving Castle Drogo – My Involvement in this Important Restoration Pr...