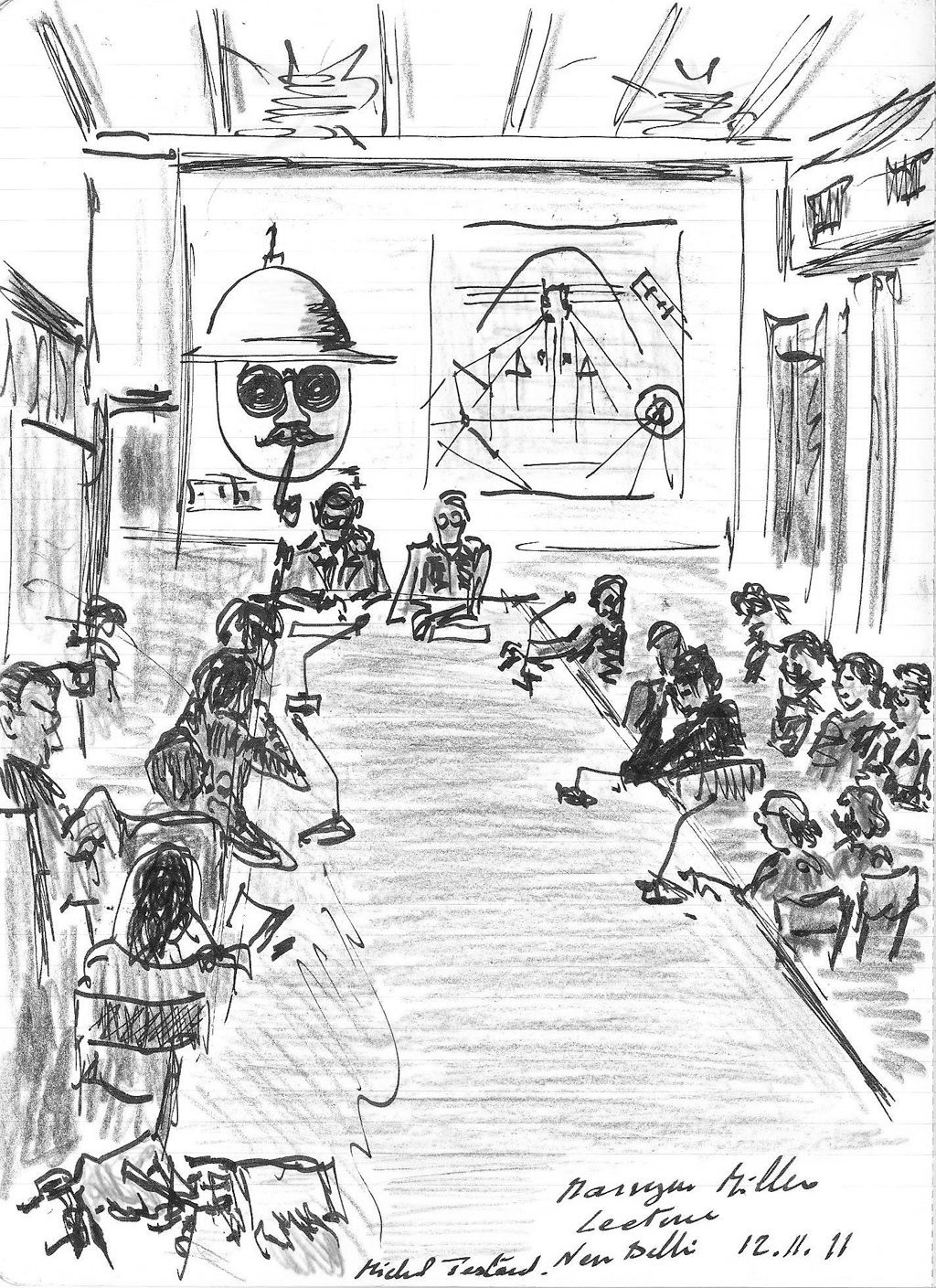 Dr Mervyn Miller and Professor Jane Ridley, trustees of The Lutyens Trust, were invited by INTACH (Indian Trust for Art and Cultural Heritage) to Delhi to give public lectures on the architecture and history of the founding of New Delhi. The events, which took place in November 2011, formed part of a public awareness campaign and consultation process, organised by the INTACH Delhi Chapter, to have Delhi encrypted on UNESCO’s list of World Heritage Cities. A third speaker, the landscape historian Patrick Bowe, was invited to speak on the original tree planting of New Delhi, an important topic as many of the avenues of trees are nearing the end of their natural lives and need re-planting.

In addition to the public lectures, Professor A G K Menon, Convenor of INTACH Delhi Chapter, chaired a seminar on ‘Articulating the Outstanding Universal Value (OUV) of Delhi’s Colonial Period’, at which each of the speakers gave presentations. Defining the ‘OUV’ is a key requirement for the UNESCO process. Good progress has been made on the UNESCO application since this was last reported in the Autumn 2010 Newsletter following the event organized at the Nehru Centre event in July 2010. The heritage areas under application have been expanded to include Mehrauli (Sultanate Delhi) and Nizamuddin, in addition to Shahjahanabad (Walled City) and the Lutyens Bungalow Zone. A draft dossier has been compiled but not yet submitted to UNESCO The preparation and documentation work is enormous; equally important is the lobbying. The earliest the dossier will be presented to UNESCO is early 2013 and the process to approval takes minimum three years.

A meeting was also arranged by INTACH between Patrick Bowe and the authorities responsible for the trees and landscaping of New Delhi. Apart from describing the original planting schemes devised by W R Mustoe together with Edwin Lutyens, Patrick outlined various methods used to replace tree avenues that were dying, such as at Versailles. As the work of the authorities was dominated by short term fixes, Patrick recommended that a Long Term Management Plan (none exists at present) be prepared that could provide guidance and authority for the long term management of Delhi’s trees. The authorities responded positively and it is hoped,with Professor Menon’s encouragement, that a plan will be devised for this urgent issue.