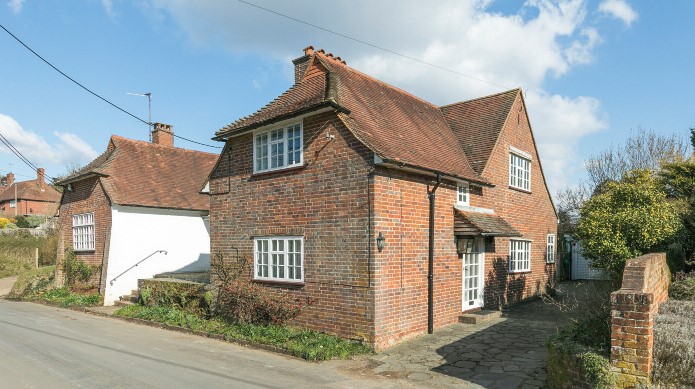 No major Lutyens houses have appeared on the market so far this year, although a few smaller properties are available. The first is Prospect Cottage in Thursley, the village of Lutyens’s childhood, which was commissioned by its vicar, the Reverend Francis Harcourt Gooch, and designed by Lutyens in 1900 as Thursley Village Institute.

Built in a U shape with brick elevations, each wing has a hipped tile roof and one wing housed the main hall with a close-boarded ceiling lined with wooden planks. The building was later converted into a characterful home and is now Grade II-listed, though in need of refurbishment. Its interior comprises three bedrooms, two bathrooms, a 30ft-long drawing room, dining room, family room and kitchen-cum-breakfast room, totalling 2,241 sq ft. Outside there is a garage and garden with views of the countryside. Available through Knight Frank. 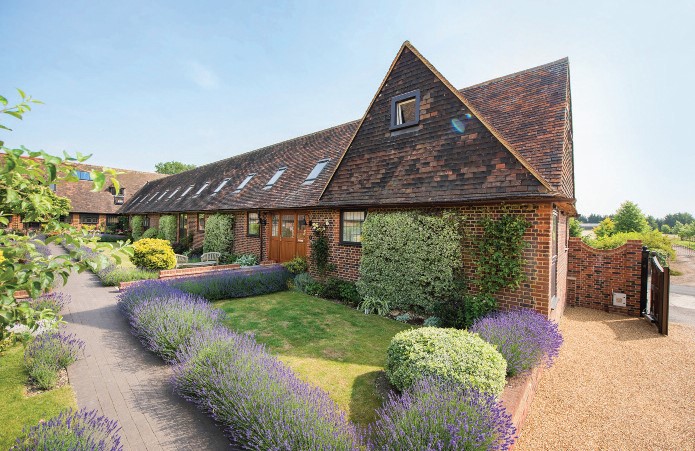 Ladygrove Mews is a conversion in a stable block, originally part of the Lutyens-designed farm buildings of 18th-century manor house Temple Dinsley (now Princess Helena College, an independent girls’ school). The main house was acquired in 1909 by Herbert Fenwick, cousin of Mark Fenwick, who recommended Edwin Lutyens as architect. In 1908 Lutyens enlarged the house substantially and remodelled it. He also collaborated with Gertrude Jekyll in creating formal gardens there, and provided a further extension to the house in 1911. The farm buildings were added during its enlargement. Now Grade II-listed, 1 Ladygrove Mews is a most attractive, 1,600-sq ft conversion. Its fully modernised interior has two bedrooms and a striking, modern living space with vaulted ceilings and exposed timbers. Available through Michael Graham. 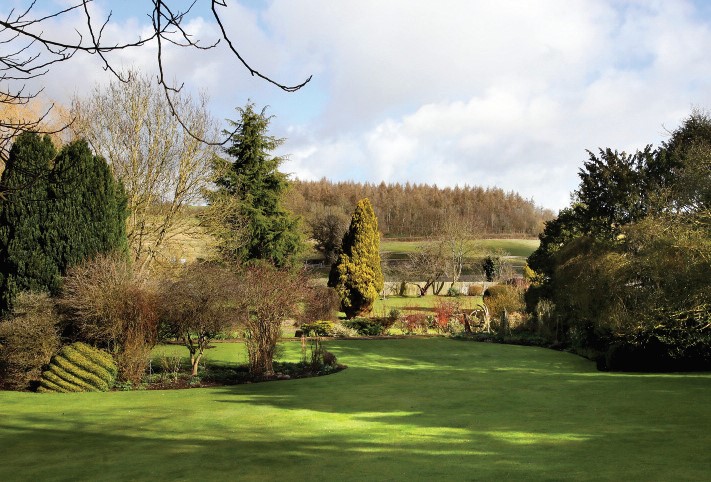 The central part of Woodside House, which includes part of a Lutyens and Jekyll-designed garden (pictured left), is currently for sale. This was the first garden of their partnership and was commissioned in 1893 by Adeline Marie Russell, Duchess of Bedford, widow of George Sackville Russell, the 10th Duke, who died earlier that year. Lutyens did minor works to the house but his major contribution was the garden’s design in collaboration with Jekyll. He created an axial plan linking the house, garden, River Chess and land on the far bank. Steps lead down to a pond court with a formal garden and to a footbridge over the river.

Jane Brown in her book Gardens of a Golden Afternoon: The Story of a Partnership: Edwin Lutyens and Gertrude Jekyll, describes Woodside as “a sculptured garden, very much in the Italian style” and notes its importance in that “it gives glimpses of themes, especially in the formality and craftsmanship of the pond court, which will be refined, reiterated and embellished over and over again”. The house, which was divided into three parts in 1977, dates from the mid-18th century and is Grade II-listed. The 3,294-sq ft central part includes four bedrooms, two bathrooms, three reception rooms, a study, orangery and kitchen. Its gardens have a three-quarter acre lawn that sweeps down to the river. Available through Knight Frank.

Richard Page is marketing director of Dexters, London’s largest independent estate agent. He has advised on the sale of many Edwin Lutyens houses during his 35-year career. Do please contact him with any Lutyens-related property news at landseer75@hotmail.com.