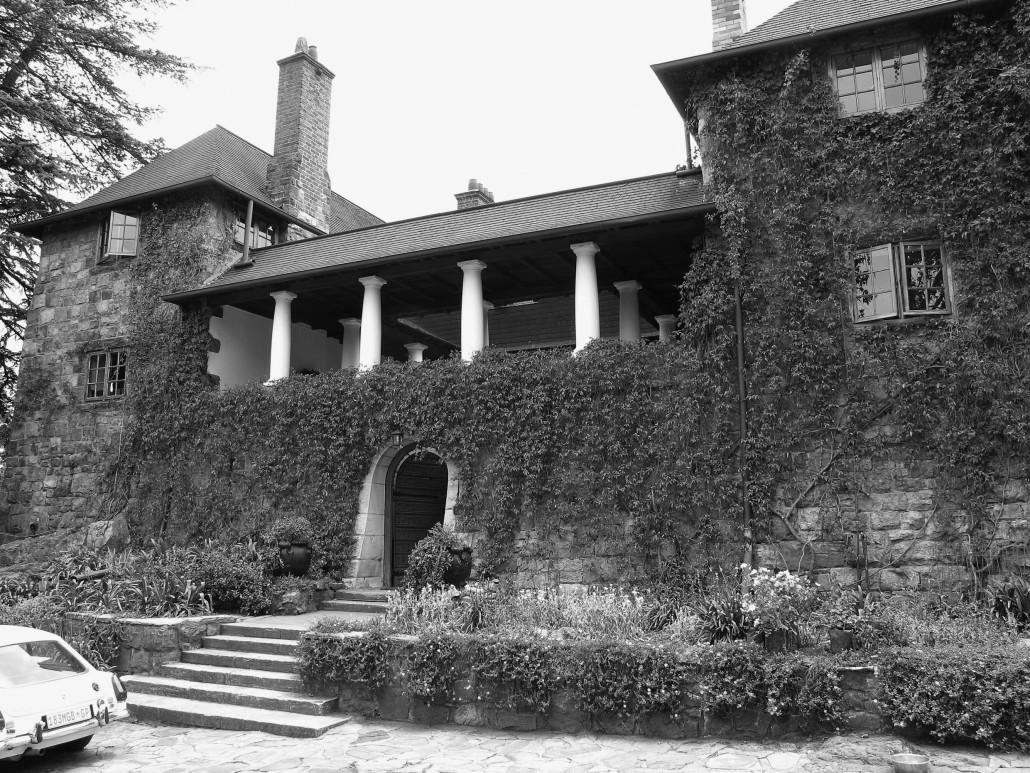 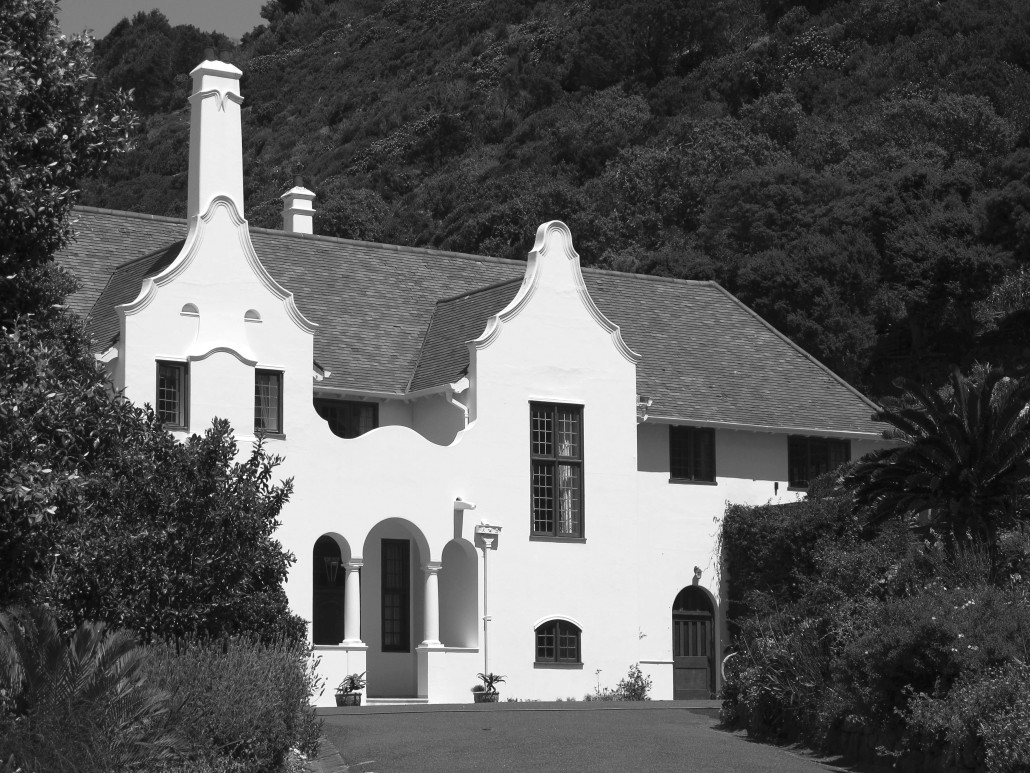 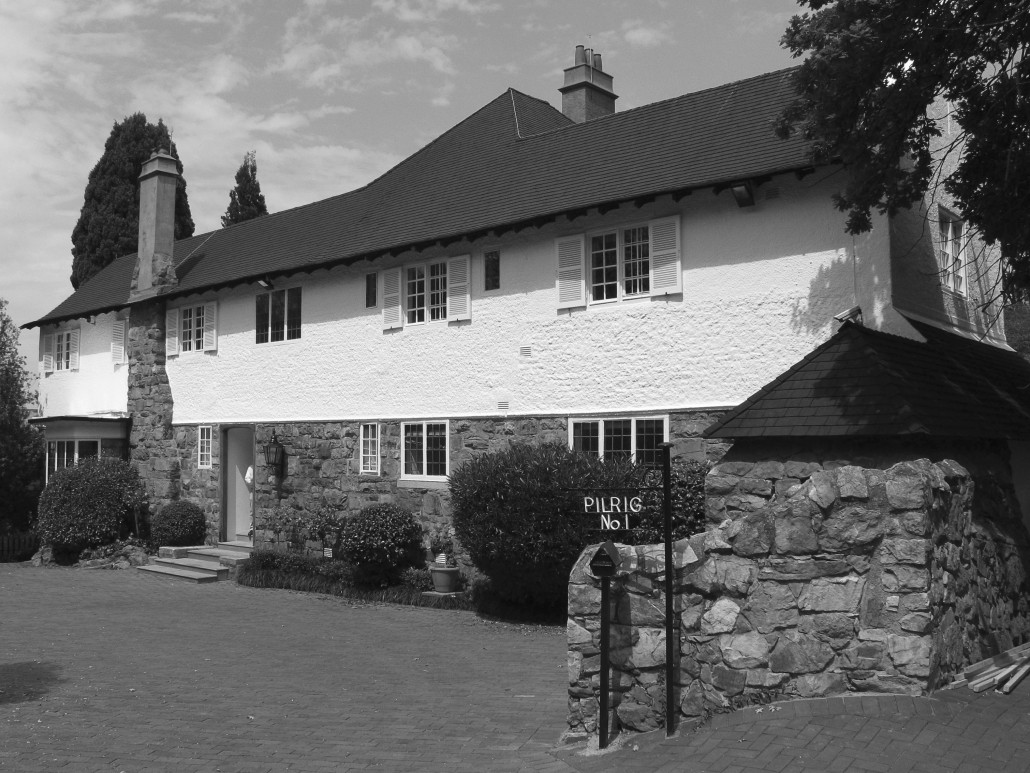 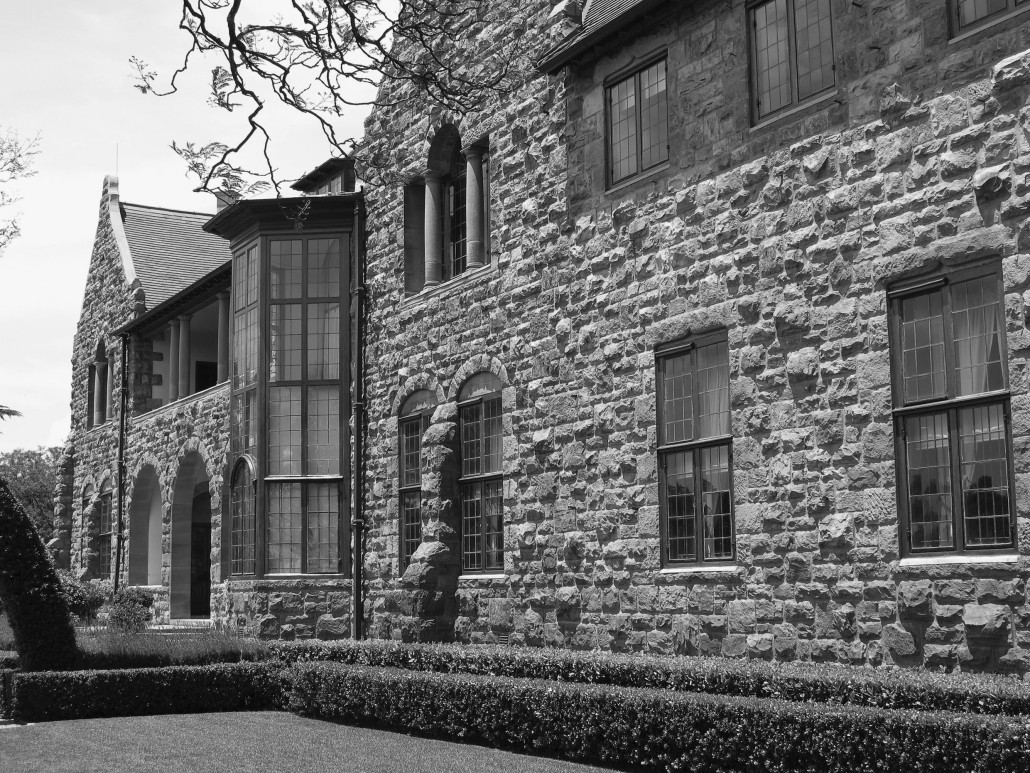 Edwin Lutyens, summoned from Rome by Sir Hugh Lane to design the Johannesburg Art Gallery, went to South Africa for the first time in 1911. On arrival in Cape Town he was met by Herbert Baker, who by that date had been working in South Africa for 19 years, a period spanning the pre-Anglo-Boer War days into the challenging years of post-war reorganisation and Union.

What is reputed to be Baker’s first house in South Africa was for James Rose-Innes, Minister of Justice, in 1893. It is said that its Arts and Crafts style would not have looked out of place anywhere in England, but visiting fruit farms with his brother Lionel, Baker was intrigued by the Cape vernacular, with its white walls, gables, stoeps, courtyards and thatched roofs.

Introduced to Cape social life, he soon met Cecil Rhodes who asked him to restore his house, Groote Schuur. This was Baker’s first essay in the colonial Dutch idiom with profiled gables and barley sugar twist chimneys. Rhodes and Baker were kindred spirits and from this relationship sprang the first real widespread appreciation of Cape Dutch architecture and domestic artefacts. After a disastrous fire, as the restoration was nearing completion, Baker immediately rebuilt the house for Rhodes in 1896/7.

Other early houses in the Cape revival style were Woolsack (1900), the summer home of Rudyard Kipling for a number of years, and the rebuilt Welgelegen (1899), both on Rhodes’s Groote Schuur estate. In 1900 Baker built Sandhills a small, twingabled holiday home for himself on the sands at Muizenburg. For many years this was the only house behind the beach. Also at Muizenburg is found what is arguably the finest house in Cape Revival style: Rust en Vrede (Rest and Peace) (1905). It was begun for Rhodes but taken over by the Rand Lord Abe Bailey after Rhodes’s death. With deep vaulted loggia or stoep it stands high on a terrace looking out over False Bay. The interior is breathtaking with walls of Cipollino marble.

Following Rhodes’s death in 1902 and shortly before the Anglo-Boer War had actually ended, Lord Milner, the High Commissioner, invited Baker to help with post-war construction in the Transvaal; based in Johannesburg he worked there for ten years. Baker’s houses of this period contrast with his Cape revival style and are characterised by rough-hewn stone below white rendered walling, steep tiled roofs, Venetian windows and his favourite white, chubby Tuscan columns, often surrounding courts and covered loggias. The many fine houses he built in this style included his own Stonehouse (1902) perched on a rocky outcrop and Pilrig (1903) for Rust en Vrede the Balfour family close by in Parktown a suburb of Johannesburg. Northwards was a much larger house for the Dale Laces (1904) “a robust stone building rising sheer from the Kopje”. Glenshiel for Sir William Dalrymple (1910) is a ‘butterfly’ plan house rising from its outcrop with fine vaulted main rooms and Kentish Yeoman Wealden ceilings which Baker used extensively in South Africa. Sir Llewelyn Anderson approached Baker in 1903 to build a house Dolobran on a prominent Parktown site, but the sketches were rejected and another architect was commissioned.

In 1903/4 Baker designed the complex of farmhouses and buildings for the Duke of Westminster’s Estate at Tweespruit, Orange Free State. The “Big House” still with Baker’s original interiors, and its stables were a delight to visit.

Marienhof (now Brenthurst) built for Drummond Chaplin (1904) is an exceptional example, with Government House in Pretoria, of Baker’s Cape Dutch ln the Transvaal. The Villa Arcadia for Lionel Phillips (1910) in a somewhat subdued Cape style is one of Baker’s finest houses on the Rand. Lutyens stayed at Villa Arcadia as the guest of Florrie Phillips while designing the Johannesburg Art Gallery.

Baker left South Africa in 1912 to work with Lutyens on New Delhi although he only finally withdrew from his Johannesburg practice with F L H Fleming in 1917.