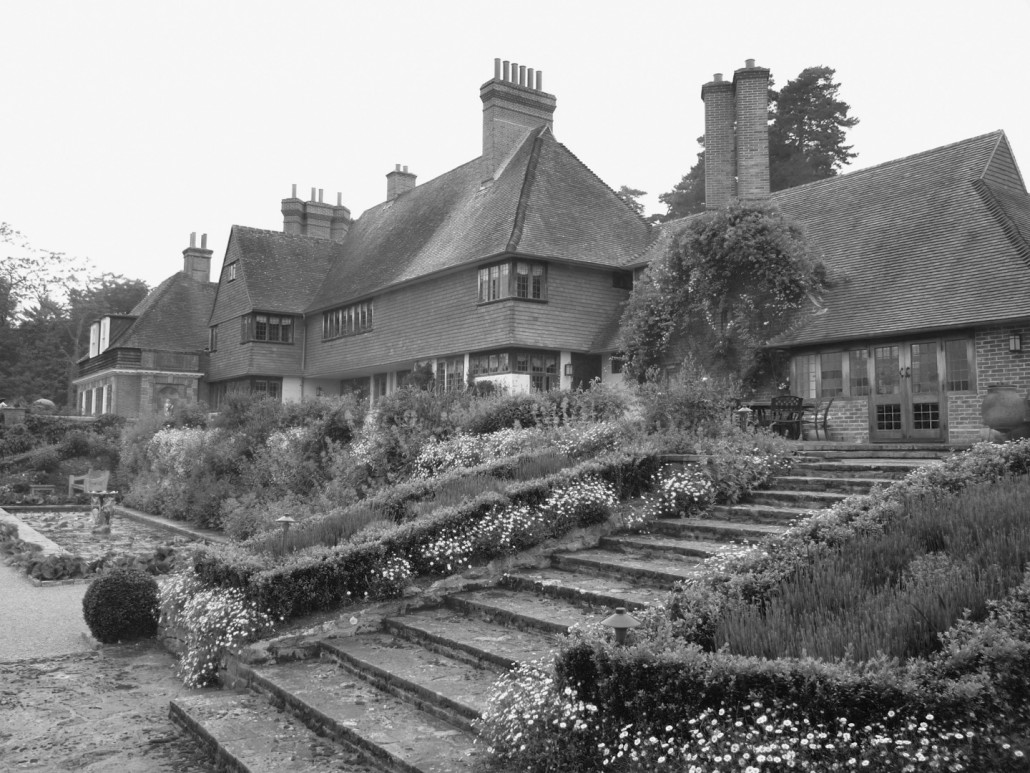 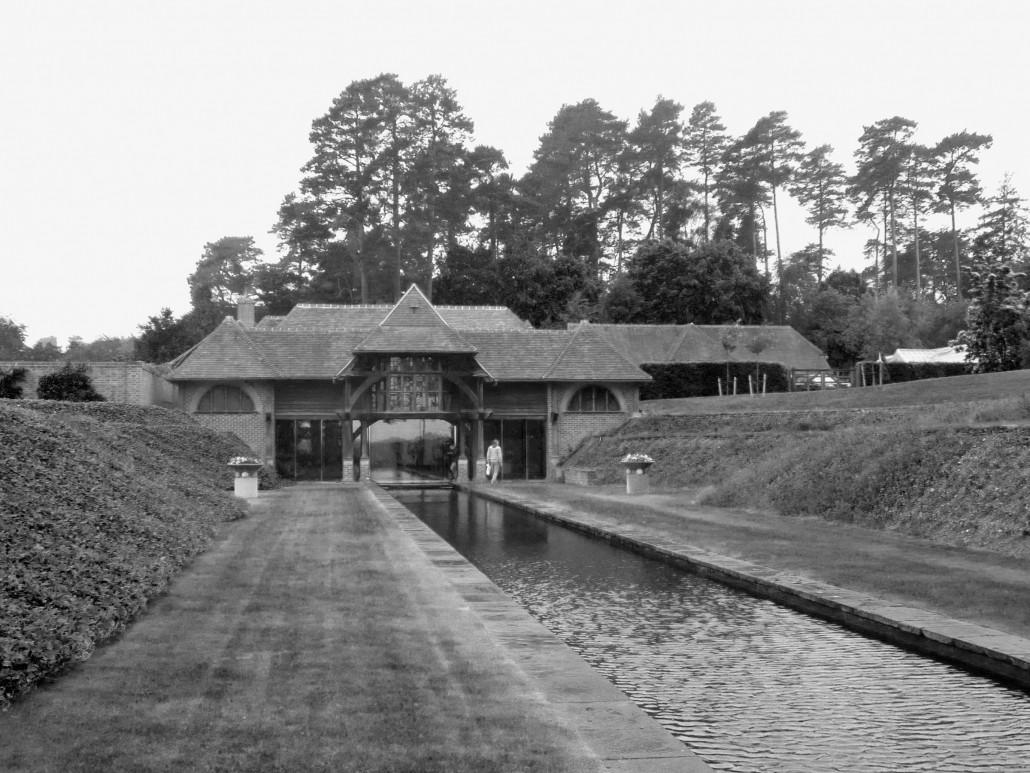 The English summer did its best to dampen the atmosphere but failed to dampen our enthusiasm as we gathered at Goddards for the annual Lutyens Study Day on June 12. However, despite the weather, we had much to enjoy during a satisfying and stimulating day.

In the morning architect Michael Edwards gave a fascinating lecture about his work at Sullingstead. Contemporary and contiguous with Munstead Wood, Sullingstead had suffered a number of indignities over the years from the loss of chimney stacks and windows to various internal alterations. The garden had been neglected and the entire place was in need of a general revitalization. Built in 1896-7 for the lawyer Charles Arthur Cook, the house is also interesting because Lutyens had returned in 1903 to add a new music room. Typically, he added the room not in the same style as the main body of the house but in a rustic Georgian manner of brick and stone and sash windows contrasting with the Surrey vernacular of tile hung facades and casements. The same roof tiles give a sense of unity alongside a frieze of weather boarding which supports the roof of the music room.

Michael spoke of the many and various sources of research needed to piece together the missing details. Sometimes, as with the restoration of the little porch, which guides the visitor to the house, finding exactly the right photograph proved decisive in getting the detail right. Certain modifications were made to allow the house to work better as a modern residence. In particular, smaller rooms were combined to form a spectacular new kitchen – dining room with an exposed roof structure of open oak trusses.

However, Michael took on the challenge of providing for a completely new structure housing a swimming pool and gym. Adding to any Lutyens house is a demand both in terms of respecting the primacy of the original and in working with the local planners. The architect must try to design something which will achieve the client’s goal without undermining the character of the primary structure. In this regard Michael has spectacularly succeeded in providing a new building which is set away from the main house but connected by an underground tunnel. The setting of the new building cleverly cuts into and models the ground to create a reflecting canal. The result is both discreet and significant. The water of the canal runs right to the glass where it seems to flow through to join the swimming pool internally.

Other new works included the replacement of a modern aviary with a new garden pavilion making an octagonal banqueting room. The garden restoration was described including how the complex patterns of brick paving were formed using metal templates to contain each section of the pattern to create a typically geometric whole in the manner of Lutyens.

Thus primed and informed, we adjourned for a very enjoyable lunch and then made our way in the summer drizzle to Sullingstead itself. There we were greeted by Mr. John Corrie, who had generously opened his doors to us for the afternoon.

Michael Edwards had worked alongside the interior designer, John Minshaw, who has created a series of urbane and sophisticated interiors for the client. Michael recalled how he had telephoned John to make sure that he was being faithful to the Lutyens ethos only to be reassured that Weaver was now his bedside reading of choice. The garden has also been beautifully replanted in the Jekyll manner restoring the setting of the house which seems to have its own private valley with no other house in view.

We were taken on a tour of the ground floor of the house culminating in the new pool-house where the sultry temperature of the indoor pool contrasted with the unseasonal chill outside. In every respect, the house exhibits the time, patience and skill of the design team. However, at bottom a project like this can only really work in an atmosphere of trust and here Sullingstead is indeed fortunate to have found such a sympathetic and enthusiastic owner.

Thanks are due to all at the Lutyens Trust who once again organised such an enjoyable day. In particular, specific gratitude is owed to Michael Edwards for informing and guiding us through this superb project and to John Corrie for his kindness in welcoming us to his house.