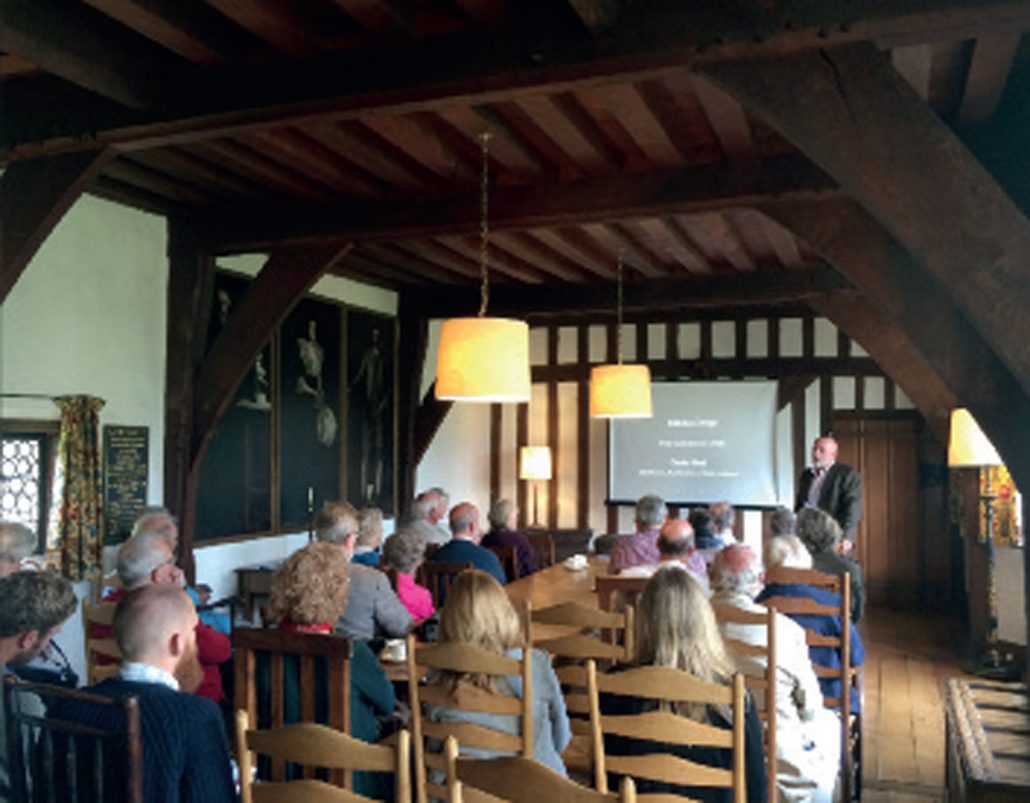 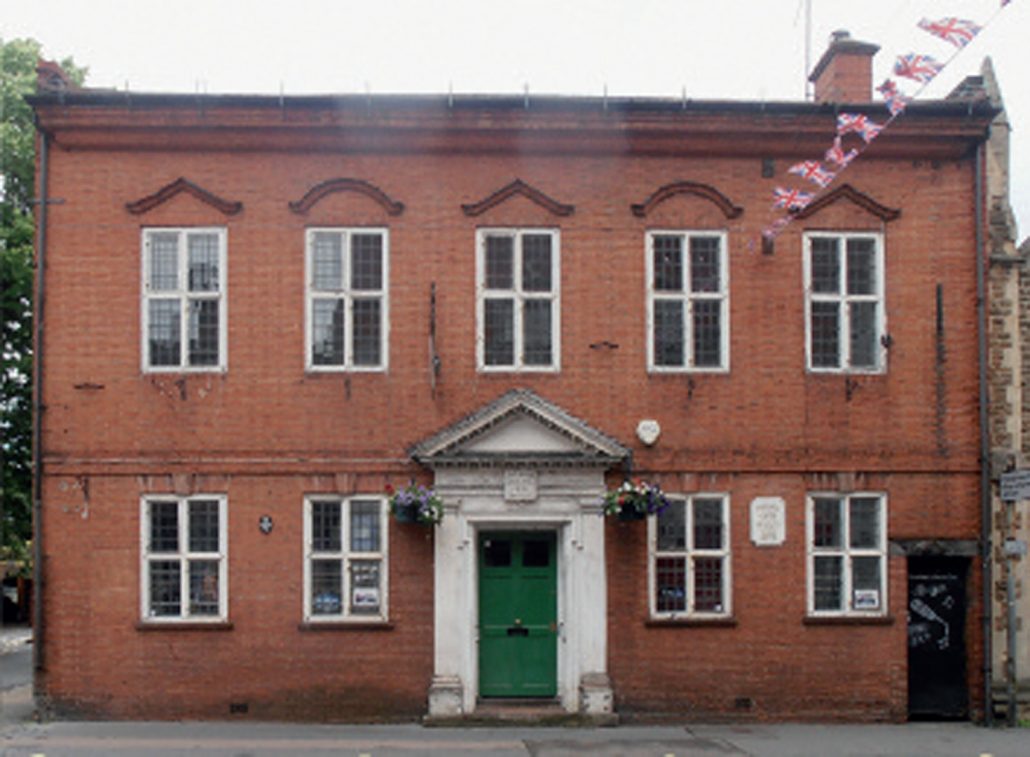 After meeting for morning coffee at Goddards, the study day began with Charles Hind, Chief Curator and HJ Heinz Curator of Drawings at the RIBA, giving an illustrated lecture on the influence, then development of Palladio’s architectural designs in Britain. He contrasted these with buildings created by local architects in Britain and North America from the 1600s onwards. These fascinating comparisons were discussed over lunch.

The party then made its way to the centre of Farnham, where Charles introduced us to Sam Osmond, author of Harold Falkner: More Than an Arts & Crafts Architect, and our guide in Farnham. Our first stop was the Victoria Memorial Baths, which Falkner completed in 1897. At first glance, it looked so similar to Lutyens’s work that I could have mistaken it for one of his buildings. Its open-air pool was behind a grand archway just off South Street, and was still in use until 1981, when a new sports centre was commissioned (but built elsewhere). The pool fell into disrepair, but in 1997, the Farnham Swimming Baths Trust created the sunken Victoria Garden within its ruins, and the site was reopened to the public. Since then, the garden has matured well, and this semi-enclosed space is now filled with wonderfully fragrant roses.

On the corner of South Street is one of Lutyens’s most important early commissions and his first in the Neo-Georgian style — the Farnham Liberal Club of 1894. It’s still a members’ club where people can play pool, snooker, billiards and darts. For some time, the building’s original plans had been thought lost, but the Lutyens Trust recently discovered an old, unclear photocopy of them, which I — Rebecca — have had the pleasure of digitally restoring. Unfortunately, we could not visit its interior but could have a good look around the front. I’m sorry to report that the building looks the worse for wear, with long structural cracks in evidence, while the wooden pedimented portico is rotting at its base and, higher up, cracking from lack of maintenance. However, it is still charming and thoroughly interesting as an early experiment in Lutyens’s Wrenaissance style.

On the corner of South Street and another street, The Borough, is the Mercure Bush Hotel, a 17th-century coaching inn which sports an elegant Norman Shaw-designed chimney that Falkner had reused from the Lloyds’ Bank branch at Castle Street when this was replaced with a Queen Anne-style building. In contrast to Lutyens, Falkner regularly used architectural salvage. Falkner’s works continue on to The Borough with a series of colonnaded shopfronts running to the junction of Castle Street. Sam pointed out with delight the subtle differences between each building either built or restored by Falkner. The colonnade ends with his Neo-Georgian Town Hall, which proudly sports a gold leaf-clad weathervane of The Golden Hind galleon. The Town Hall was a relatively new addition to Farnham, replacing a similarly splendid Gothic Revival building, complete with a clock and bell tower. Opposite this, the shop Bowley Fine Shoes nestles in a 15th-century building, which was heavily restored by Falkner, whose own house was just down the road.

We also visited the medieval building, Guitar Village, a guitar shop near Fox Yard, which at one point was given a Georgian-style front. Its owners were kind enough to let small parties explore its maze-like rooms on three storeys, and it was interesting to see its layers of history as well as the alterations which have allowed the building to be used in the 21st century.

After a quick stop at a local pub, the group was welcomed by Liz May, Curator of the Museum of Farnham, which she opened especially for us. She gave us a brief but fascinating history of the building — an elegant Georgian townhouse called Wilmer House — and its occupants, and finished by giving us free rein to explore the house, its exhibitions and gardens. The exhibitions, which mainly focused on Farnham’s inhabitants during the First World War, were truly inspirational, if at times sombre. On a lighter note, there was a display about the general history of Farnham which includes whimsical dolls’ houses and other amusing children’s toys.

The entire day was delightful, and a big thanks must go to Charles and Sam for arranging such a pleasant day.

Damaged Brick Paving in Goddards’ Garden has been Expertly Restored