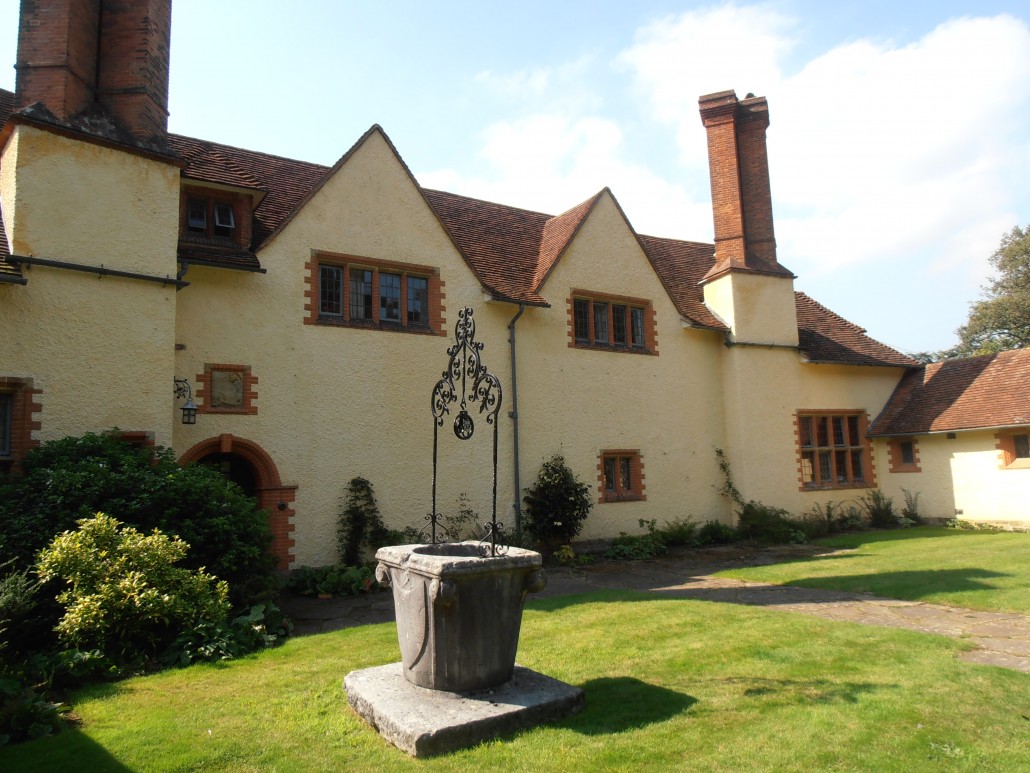 Ian Angus, the architect who restored Goddards has kindly sent the Trust this extract from Maida Bernard’s (née Mirrielees) memoir written for her three daughters, which had been sent to him by an old friend who is the great grandniece of Sir Frederick Mirrieles.

It was Easter 1901 when the family was staying at Pasturewood that they went to visit Goddards for the first time. Maida’s brother was Frederick, later Sir Frederick Mirrielees, with whom Maida and her husband Harry and their girls spent many holidays.

‘Goddards, the beautiful convalescent home Uncle Fred built in order to enable Aunt Margaret to carry out her plan of helping sick nurses and poor ladies who could not afford a country holiday, began to figure in our lives that year. You will all remember the long rough-cast, red tiled house built in the style of a country house of the seventeenth century; Mr. Lutyens was the architect but Uncle Fred supervised every detail himself and while keeping to simplicity of general effect, introduced a few modern conveniences. You will remember the long Common Room with its whitewashed walls and old oak beams and furniture and the great fireplace backed by an iron plate bearing designs and inscription testifying to its great age. Surrey handmade matting covered the brick floors and quaint dressers and other old furniture abounded, picked up by your Uncle in out of the way parts of Surrey.

The villagers of Abinger had taken much interest in the building of this unusual house and some of them brought along contributions to its decoration in the shape of old wallets or quaint bits of china that had been in their families for generations. Their friendly feeling was reciprocated by your Uncle and they were all invited to a house warming held during this visit of ours. The Pasturewood visitors supplied a concert and a large company was entertained at supper. Among the attractions of Goddards was a skittle alley that ran along one end of the house; its whitewashed walls were decorated by Grinley Gibbons oak carvings but these never seemed to me quite in place. There we often used to play skittles both on this visit and on later occasions and the teas at Goddards where nice Miss Marriott was matron became quite a feature of our visits to Pasturewood. Miss Marriott’s scones and her jams, always served in their plain pots were excellent; Donald and the Cazalet boys, not to speak of our girls, did them full justice, a climax being attained when Donald and Ronald, trying to prove their capacity for such dainties, ate 40 scones between them at one tea! ’